A pumpkin - from craft to table

We don't do much crafting in this house but I had seen some crafting kits to make Halloween themed bits and pieces in Wilko and had picked them up for them to use. So the other night after our unsuccessful conker hunt I set them the task of decorating a pumpkin each. The pack had various sticky on eyes, noses, stitches, mouths and hair.

So on Friday I was needing to use a pumpkin to make soup and cakes with. So I asked which one I could chop up and they both looked at me as if I had asked them which of the babies I could chop up!! So at the point I decided to leave it until they had gone home.


Later on that day I chopped the pumpkin in four, scooped out the seeds - which we fed to the chickens and sprinkled some oil on the pieces and roasted them off along with some peppers. 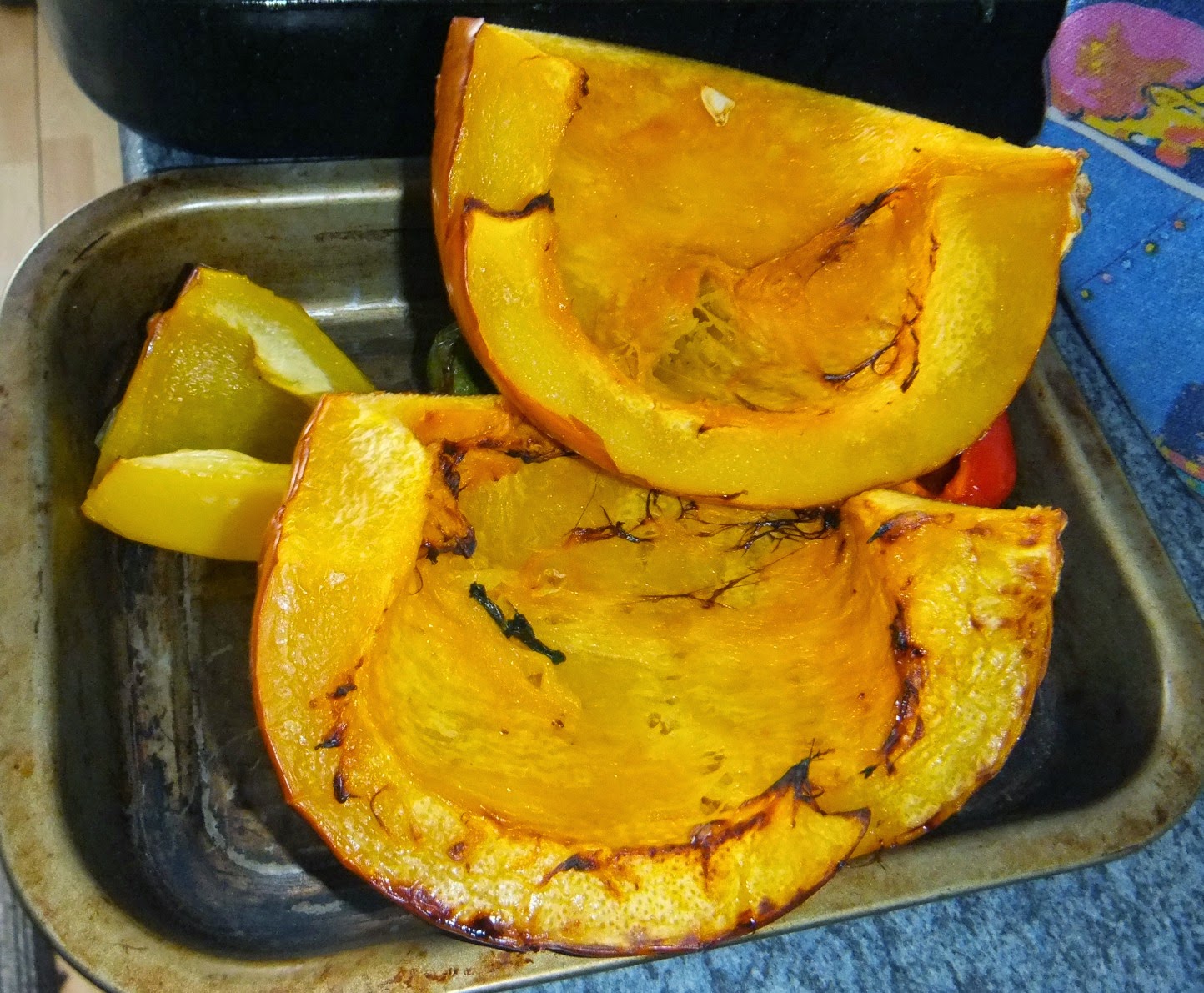 I used a quarter of the pumpkin flesh and mixed it into a basic cake recipe made with oil rather than margarine and added some sultanas, These two did not even last for twenty four hours!! 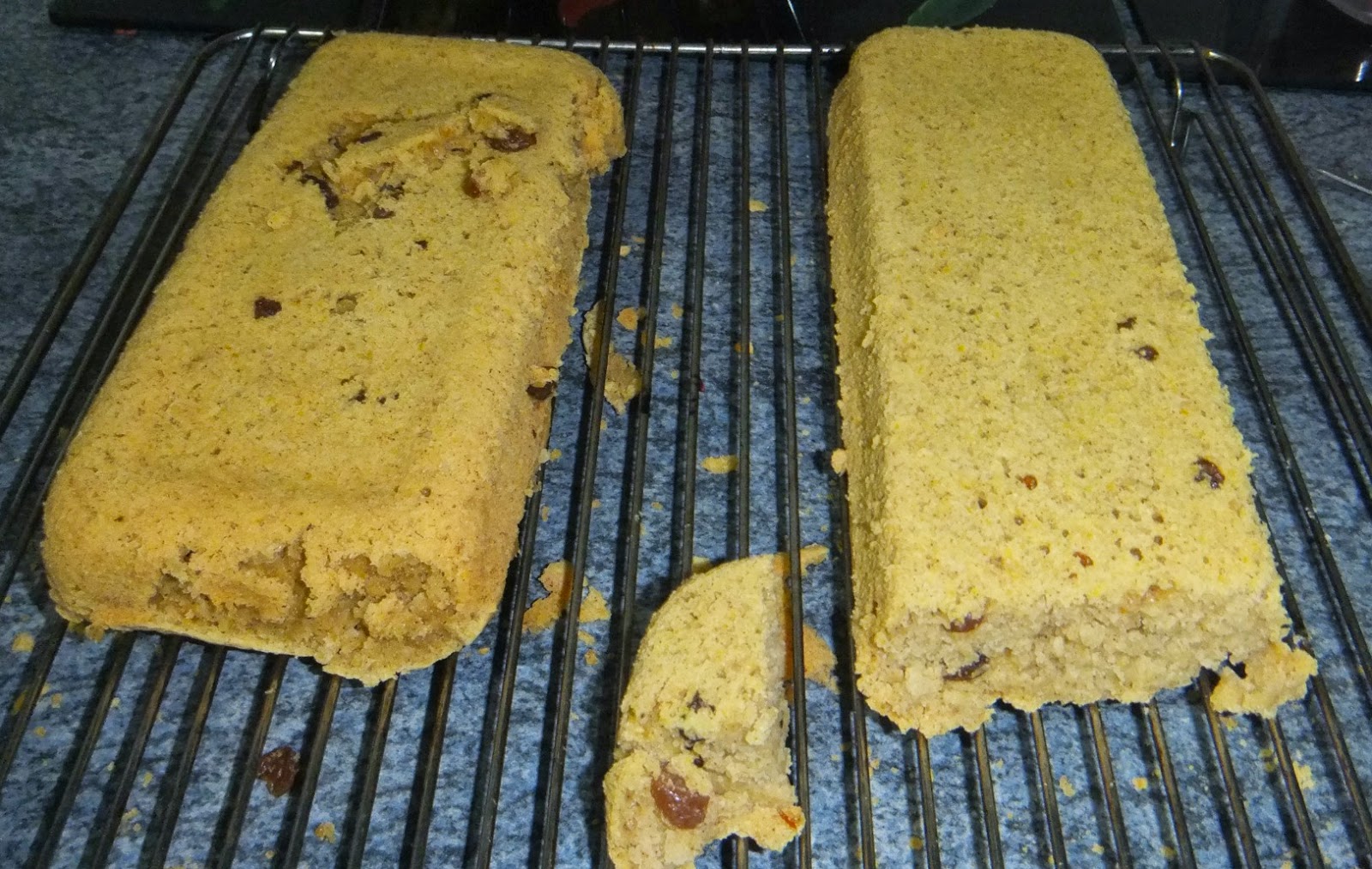 The rest of the flesh I made some soup with. Added two ham stock cubes to roughly a pint and a half of water, threw in some lentils ( yes it was as exact as that)  and added the pumpkin flesh and the roasted peppers. Cooked it for forty five minutes and then pureed it with a stick blender. 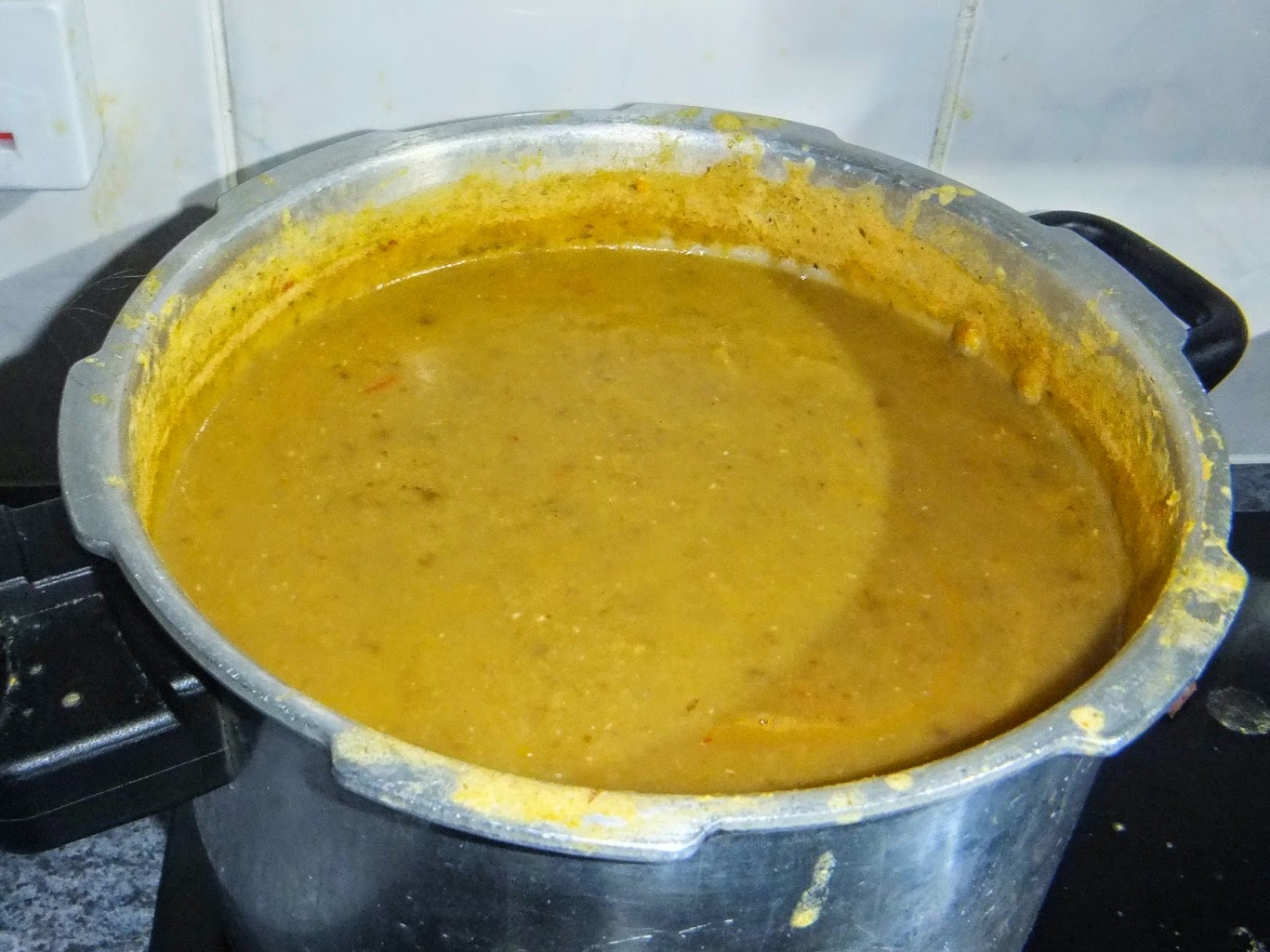 So there we have it, used to amuse the children and then feed the family.
Daughter No2 and her OH were coming down on Friday evening for the night as she was taking Fifi bridesmaid dress shopping on Saturday. Fifi had come down to pick up her hama beads as she had made one for one of the other bridesmaids and wanted it to take with her. So Fifi stopped for soup and cake. Later on I got a phone call from Bob who wanted to know if the cake or soup was safe for him to eat as he would like some. Sadly it wasn't. I could "see" his little face drop over the phone. So to save any tears I have promised him that I will leave his one and when he is here this week we will make cake and soup that he can eat.
Posted by fun as a gran at 09:09