A few weeks back we decided to go on a hunt for conkers, one of the last light night I knew we would have and so I decided to make the most of it. So we set off along the river as I knew there were a lot of Horse chestnut trees along there.

So we set off down the steps amongst the autumn leaves. 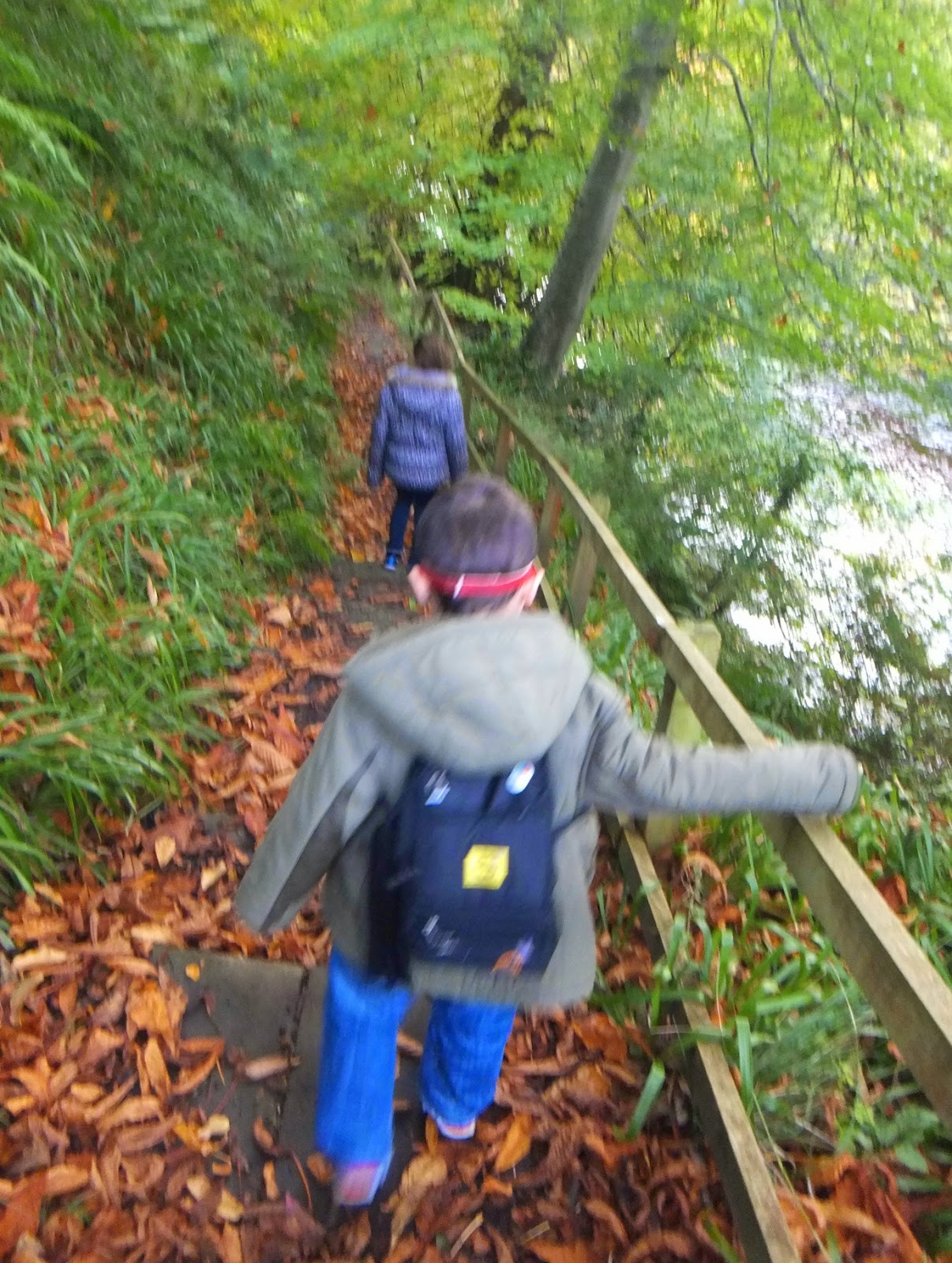 Further along the track Fifi spotted a fallen tree leaning against a rock. The tree is covered in ivy and so Fifi decided to climb the beanstalk as she called it. 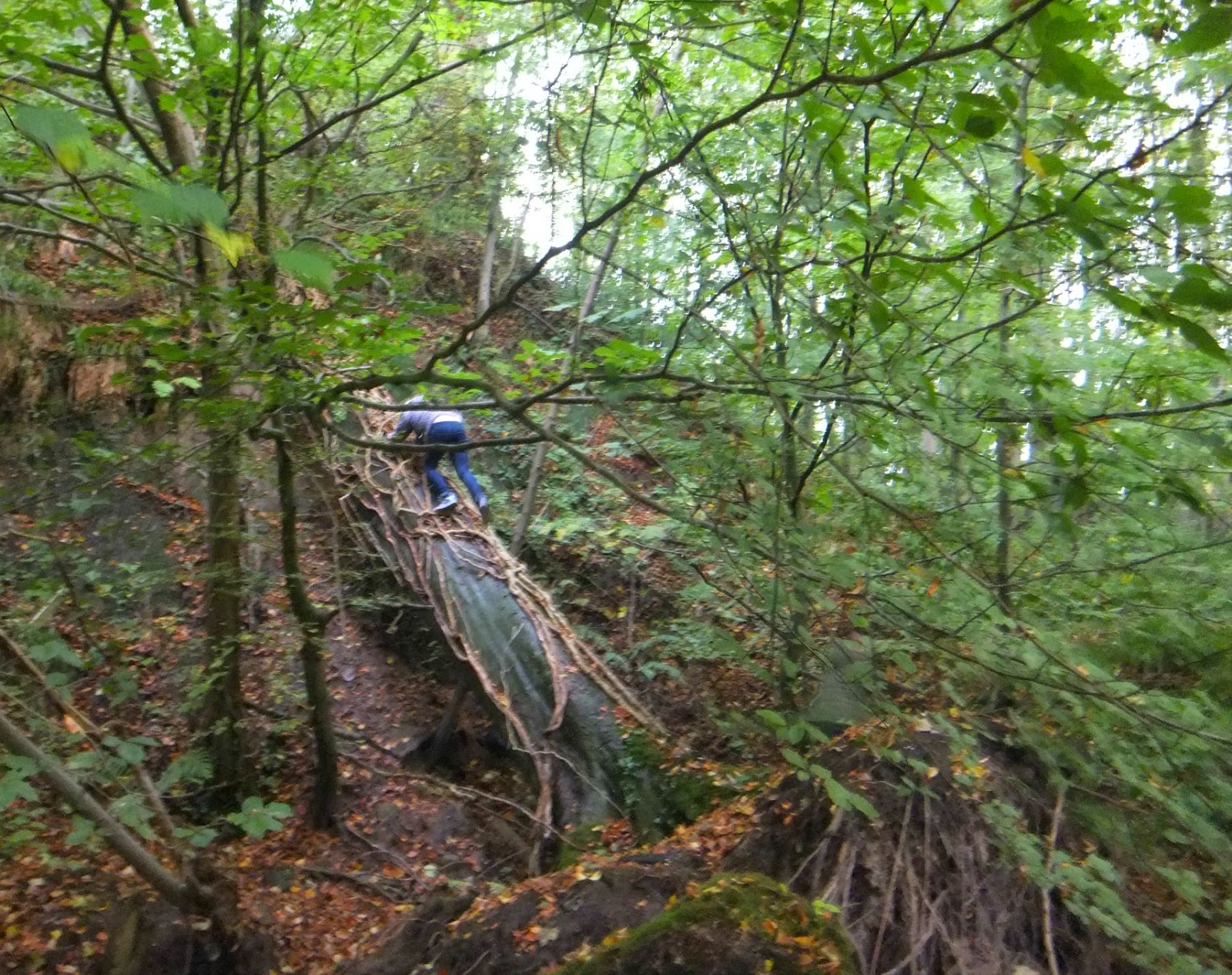 When Fifi came down Bob  decided he would have a go, he did not get as high as his sister, he decided ( thankfully) that it was too scary. 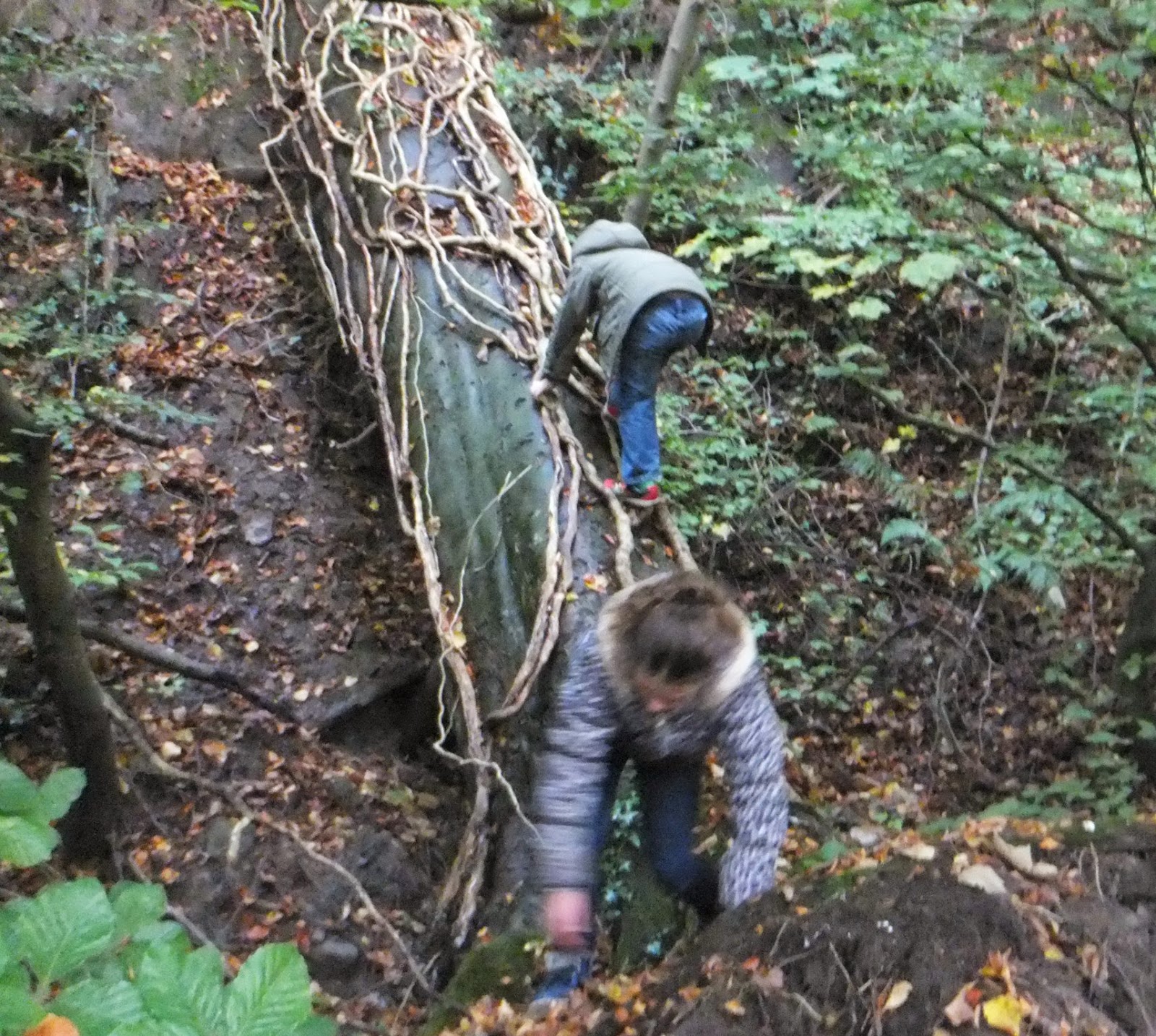 We hunted the ground under the trees but despite the amount of them there were very few conkers to be had. Not sure whether the trees did not grow many or whether somebody else had been collecting them before us. 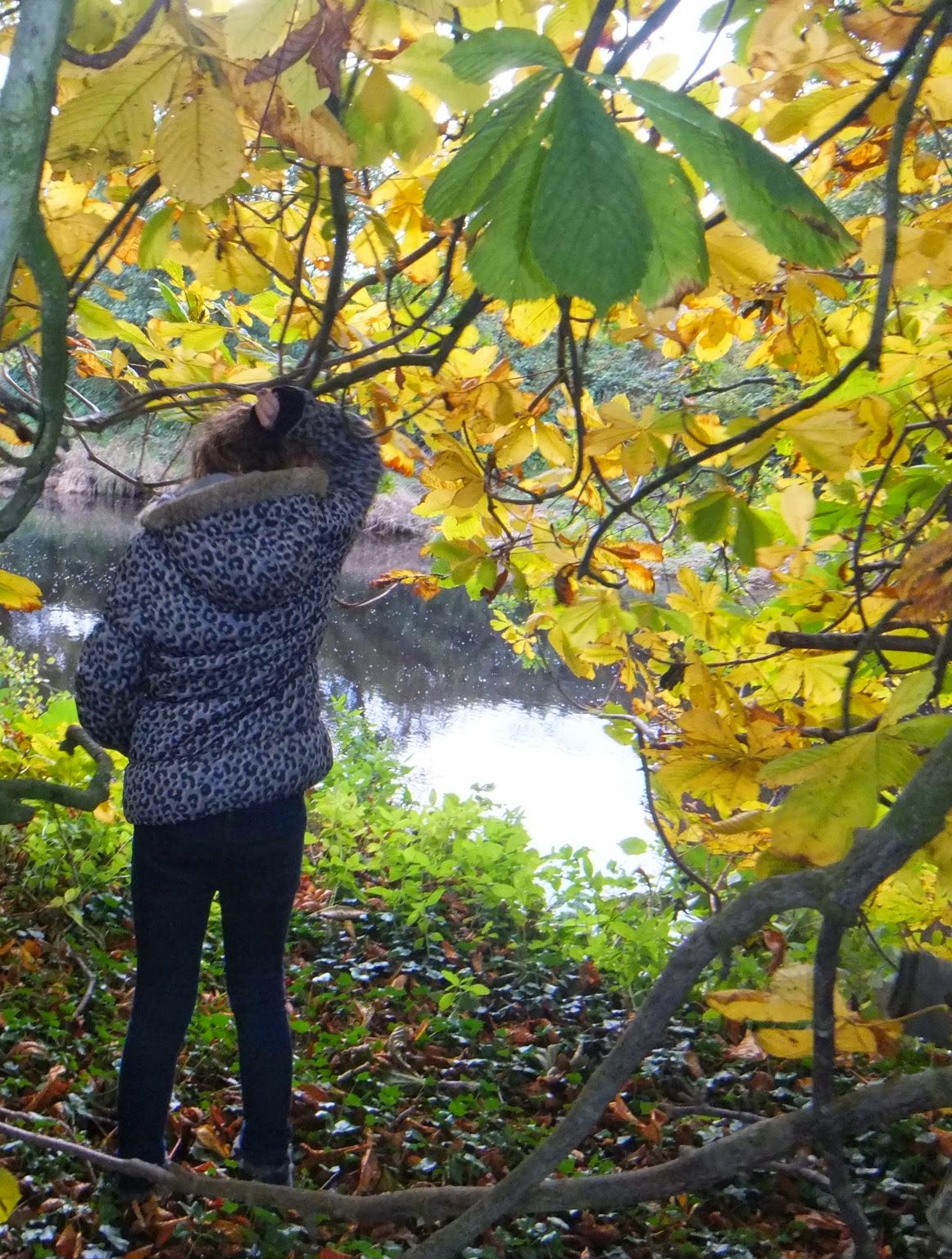 We may not have found many but enough for the two of them to start clobbering each other with the few they had in their bags, him moaning cos she hit him and her moaning he hit her first, I just love bickering children!! 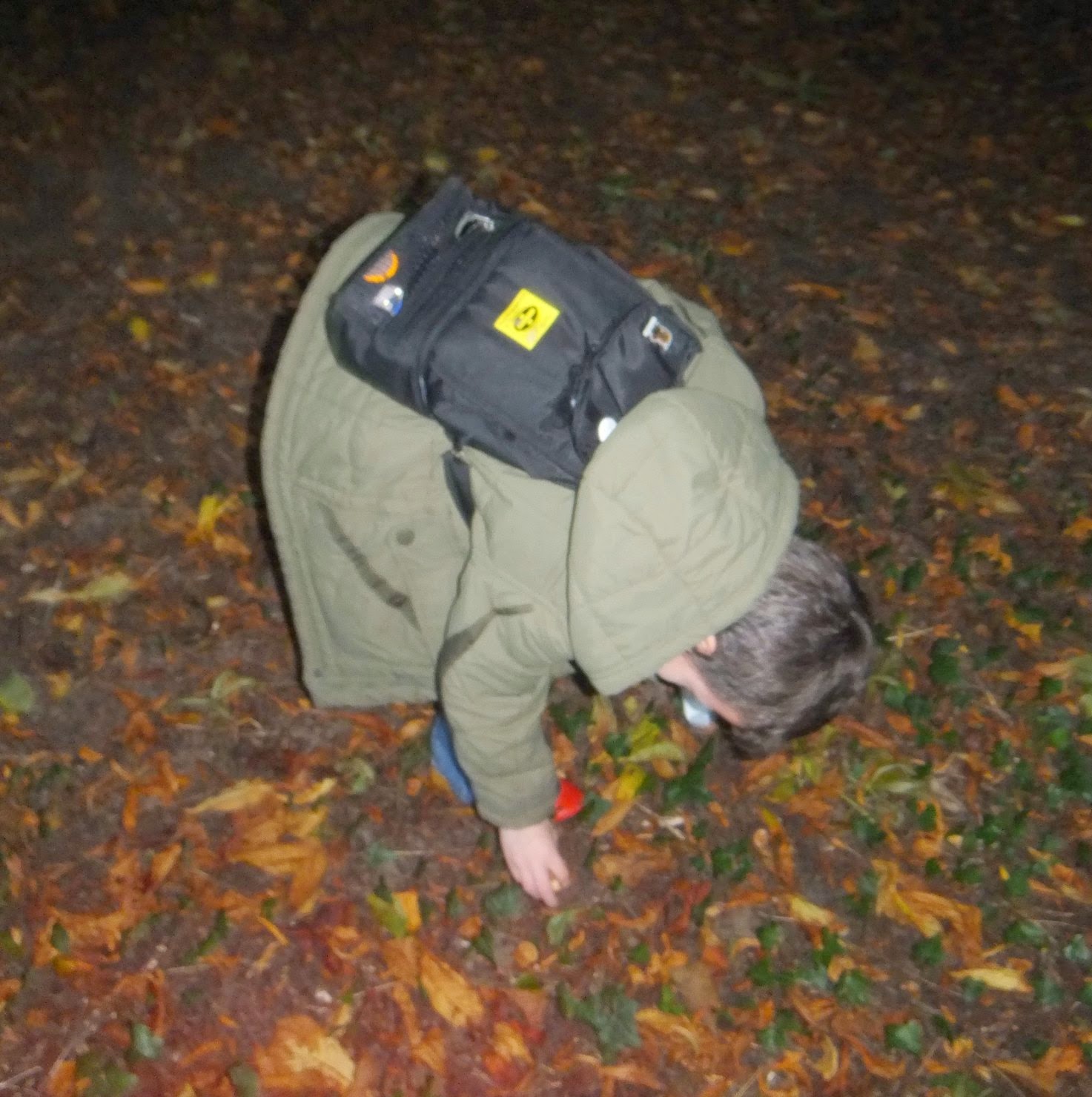 By now it is beginning to get a bit dull under the trees and so we headed back. 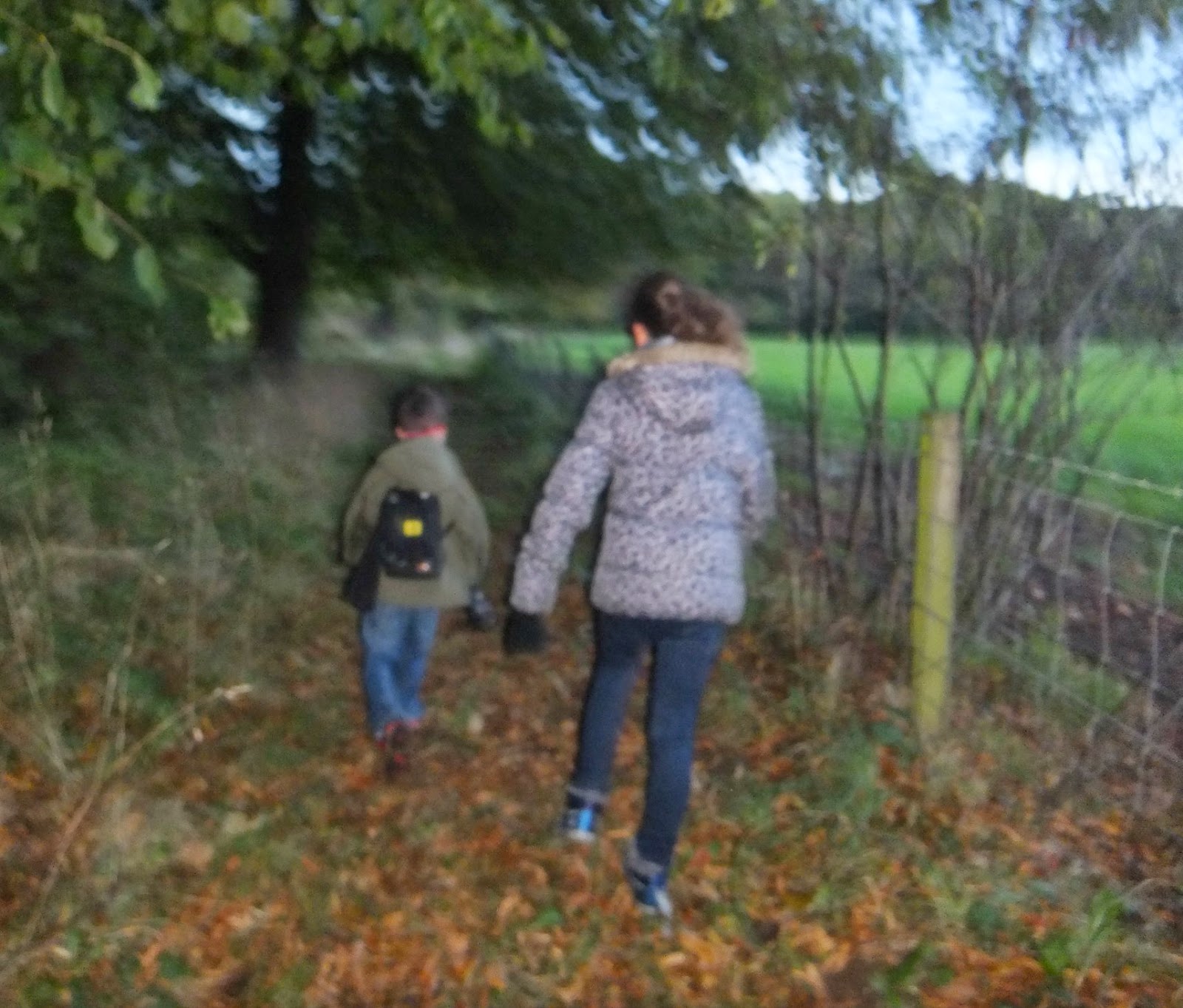 Now for some reason when we had cached along this side of the river we had managed to miss out one of them. So we decided to pick it up on the way past.

The cache was hidden inside a hole in a fence post that somebody had drilled out and popped a cover over the hole. We could not get a grip of the cache from the obvious side so we pushed the cover....and the cache went flying across the field into a patch of nettles. We all laughed at this, then had to work out how we were going to retrieve it.   I helped Fifi climb over the fence to pick it up, we signed it and put it back.


Here is Fifi climbing up the beanstalk.