Part of the fun of having the grandchildren round is doing things with them, and as its nearly Easter I thought we would make some Easter themed goodies, so I had picked up a couple of packs for £1 each in a local discount shop and decided we would have some fun.

First up was some nice simple Easter Cards, some nice foam cards with peel and stick bits that surely even I could not go wrong with. 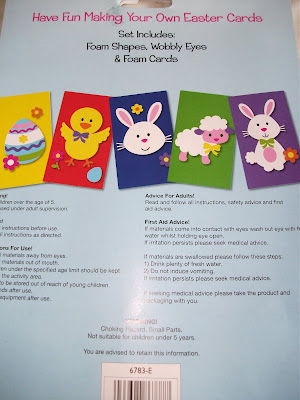 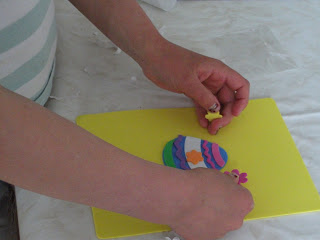 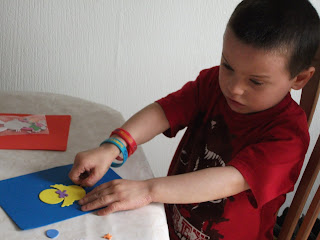 The two of them picked 2 cards each and 2 toppers, we didn't go by what the pack said, they chose them selves.

Fifi at 8 managed this no bother. 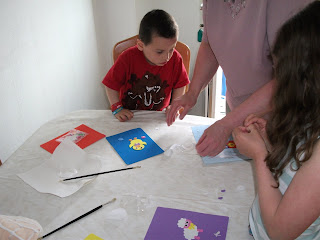 Bob was having fun, needed some help with peeling off some of the backings as they were fiddly  and he has limited dexterity skills.

Fifi by now is onto card 2. 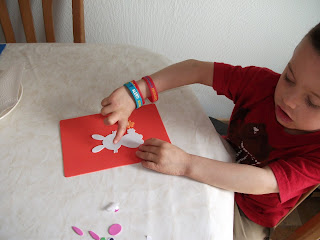 Bob starts on card 2, you will notice neither of them actually folded them into cards, but then that was their choice.
We couldn't get the backing off of the googly eyes so had to glue them on, added to the fun. 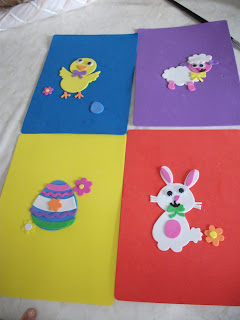 The finished results, not quite perfect but Im sure they will be loved by all recipients on Sunday. 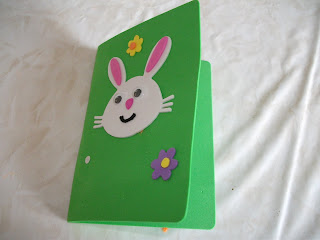 and here's the one grandma made.


Verdict - well worth the £1, easy non messy and a worth while result.


Next up we made ( I use that word very loosely here) some Easter chickens. 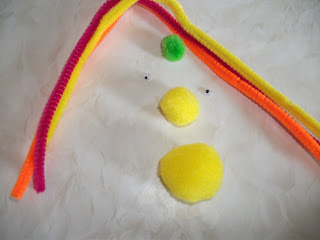 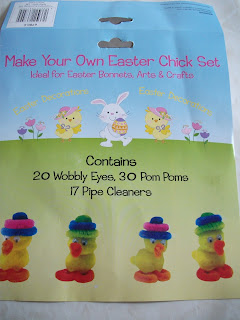 These started off as a pile of pompoms and some pipe cleaners, some googly eyes and we added glue. 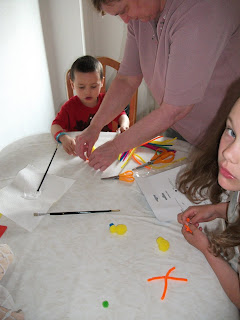 We stuck and we cut 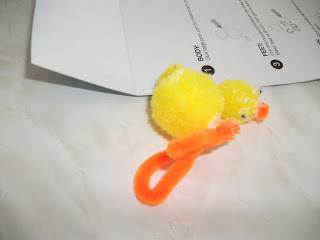 we fell apart and we glued again, we had more glue on us than on the pom- poms, so we stuck to the pom - poms instead of the bits that should. 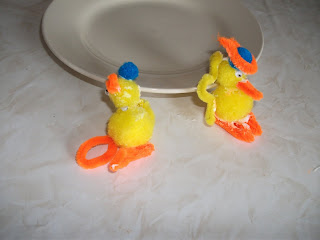 This one looks like its been through the mincer.

eventually we had a couple of yellow blobs with bright orange bits.

We didn't bother to make the other half dozen, maybe use the bits for a different project another day.
The one on the left is Fifi's, one eye staring to the ceiling the other on its chin, Bobs is the middle one, cross-eyed and bandy legged, a bit like Bob, and granddads on on the right, a bit neater but he cheated and didn't follow the instructions.

Verdict, too fiddly, but kids had fun.

Now I just need to turn my hanky box into a nest, put 3 chicks in it and enter another comp.
Posted by fun as a gran at 21:55