Last week when I was bored...it was raining and windy for a change...I decided to go do some baking and so came up with strawberry creams and choc chip and apple cookies, so me being me I decided to take them one step further and take the egg put of them as well.


To make this a fair challenge to see how things work out I used up the flour mix that I had made up last week for the egg biscuits.
So yesterday afternoon after work I made up the 2 batches of biscuits and popped them in the fridge wrapped in cling film,  just so the grandkids didn't have to make it then wait on it refrigerating before they could cut and cook it.


So I replaced the egg with egg replacer, and made the strawberry creams into lemon creams ( as per Phils original recipe from Seriously good, gluten free baking, and having made them to Phils recipe last week, seriously you could not have told the difference.


They are both a nice texture and consistency,  I flavoured the biscuits as well as the butter icing with the lemon essence gives a soft beautiful delicate flavour, very  natural in comparison to the essences you buy in the supermarket and the butter icing was just the lovliest. We had a friend over for tea tonight and he admits he cannot tell the difference between these and normal baking.

These biscuits would be fab as part of a high tea, or would feel just as well at home in a pack lunch box.


Bob has a couple of these popped into his school bag for play piece tomorrow.

The kids had wanted pancakes for tea tonight, they decided on strawberry pancakes, and they had them with home made chocolate ice-cream, I wont bother giving you the recipe as they were edible but not one I would remake them , or recommend them either. If you want a good pancake recipe I have not got better than this one yet. 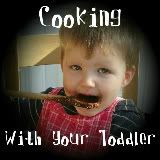