global flavour leader McCormick, parent company of leading herbs and spices brand Schwartz, is celebrating its 125th anniversary. The year long celebration kicks off with the launch of the 125th Anniversary Edition of the Flavour Forecast and the Flavour of Together programme, with the goal of connecting people around the world as they share 1.25 million stories about the special role food and flavour plays in our lives through. You too can get involved and share your flavour story, this could be a recipe that is filled with the flavours that have been passed through generations or from childhood. That recipe picked up during travels whose flavours bring to life all of the experiences and memories.


One of the foods that has memories for me, and not all pleasant ones at that, is Rice Pudding.

My Mother made rice pudding regularly when we were children. She use to add blobs of margarine to the top  of the pudding to cause a skin, a dark brown gungy sticky skin that still makes me cringe thinking about it to this day. Luckily for us Mum insisted this was the best part of the pudding and would eat it all herself. I was all right with the rice pudding as long as I could use a spoon with holes in and just get the rice pudding without any milk on it, hated milk then and still do now.

Now years ago, in the early 1970's my mother was quite ill. I remember her spending quite a lot of time in hospital, sometimes she was flown back to the UK when we were over in Germany. Back in those days life was different and I remember being 10, 11 year old and being responsible for my brother who was five years younger than me. I did a lot of the cooking depending on what shift my dad was on we were often home alone. We did have a home help for some of the time who did the housework. I remember one of these home helps. She was an Indian lady ( if memory serves me correctly) and she volunteered to feed my brother and I in her own home along with her own children. Now we all know people eat different foods. We grew up on mince and potatoes, chips and egg, sausage and mash etc. We had not heard of spicy food, we had never seen a curry, and their food came to us as quite a shock.

I remember one day she had made a rice pudding as my dad had told her we would eat it. The rice pudding had raisins, coconut and spices in it. Something that was totally alien to us. I was quite happy to try it, but my brother being that bit younger was for none of it. I do remember him crying because he did not want it, and me eating his portion as well once the mum had left the room. I have to say I really enjoyed the pudding. It was thick, nearly all rice with very very little milk.

Now when I make a rice pudding this is the way I make it. Thick, little milk, with spices, raisins and coconut. 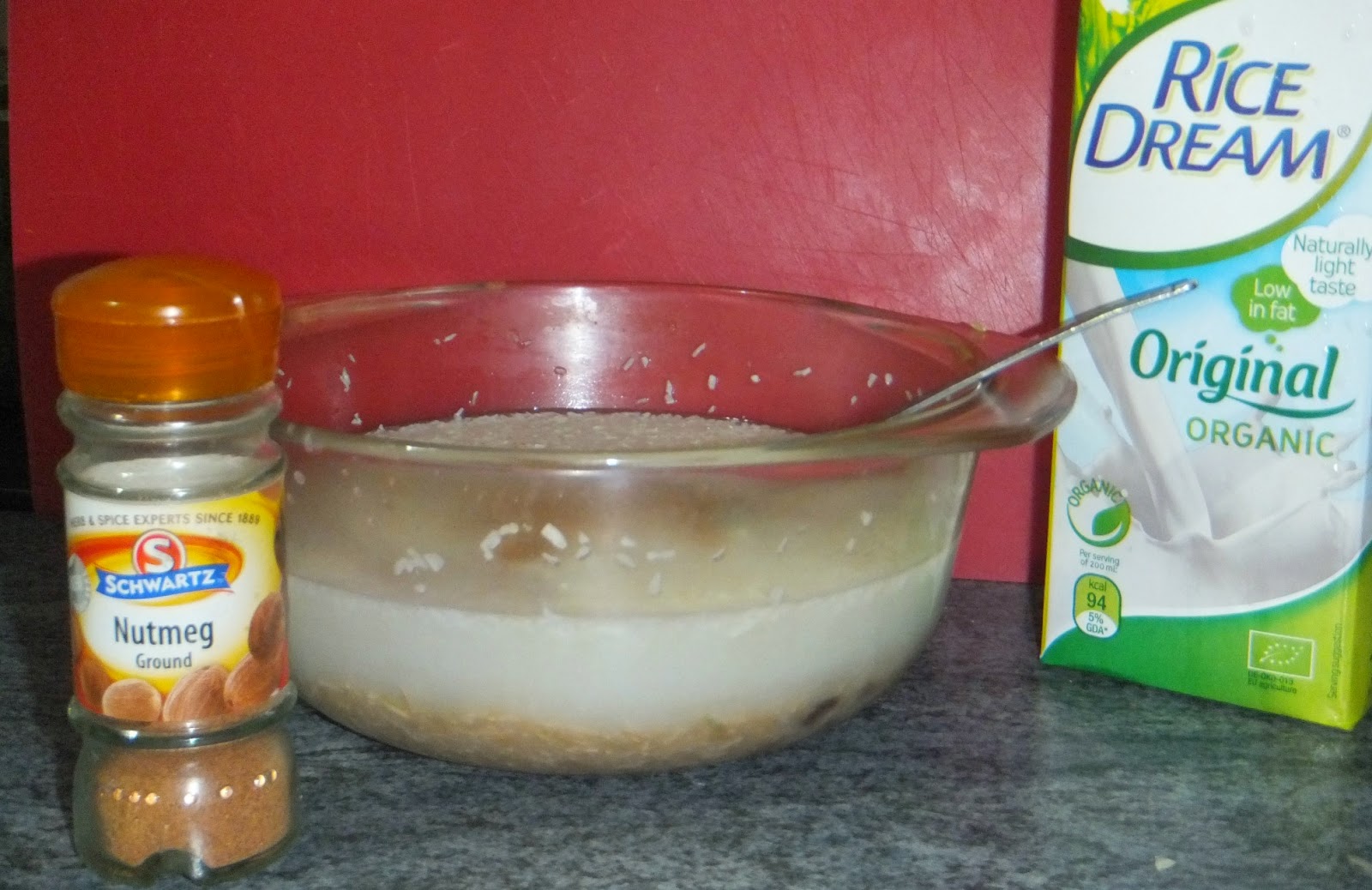 4 oz rice ( I use brown rice)
1 pt rice milk
1 teaspoon nutmeg. (if you prefer you could use half nutmeg and half cinnamon)
1 generous handful raisins or sultanas
1 tablespoon dessicated coconut


Place all ingredients into a casserole dish, add a lid, and oven cook for approx an hour. Add more milk if necessary to make sure there is enough to cook in but not enough to make it runny. 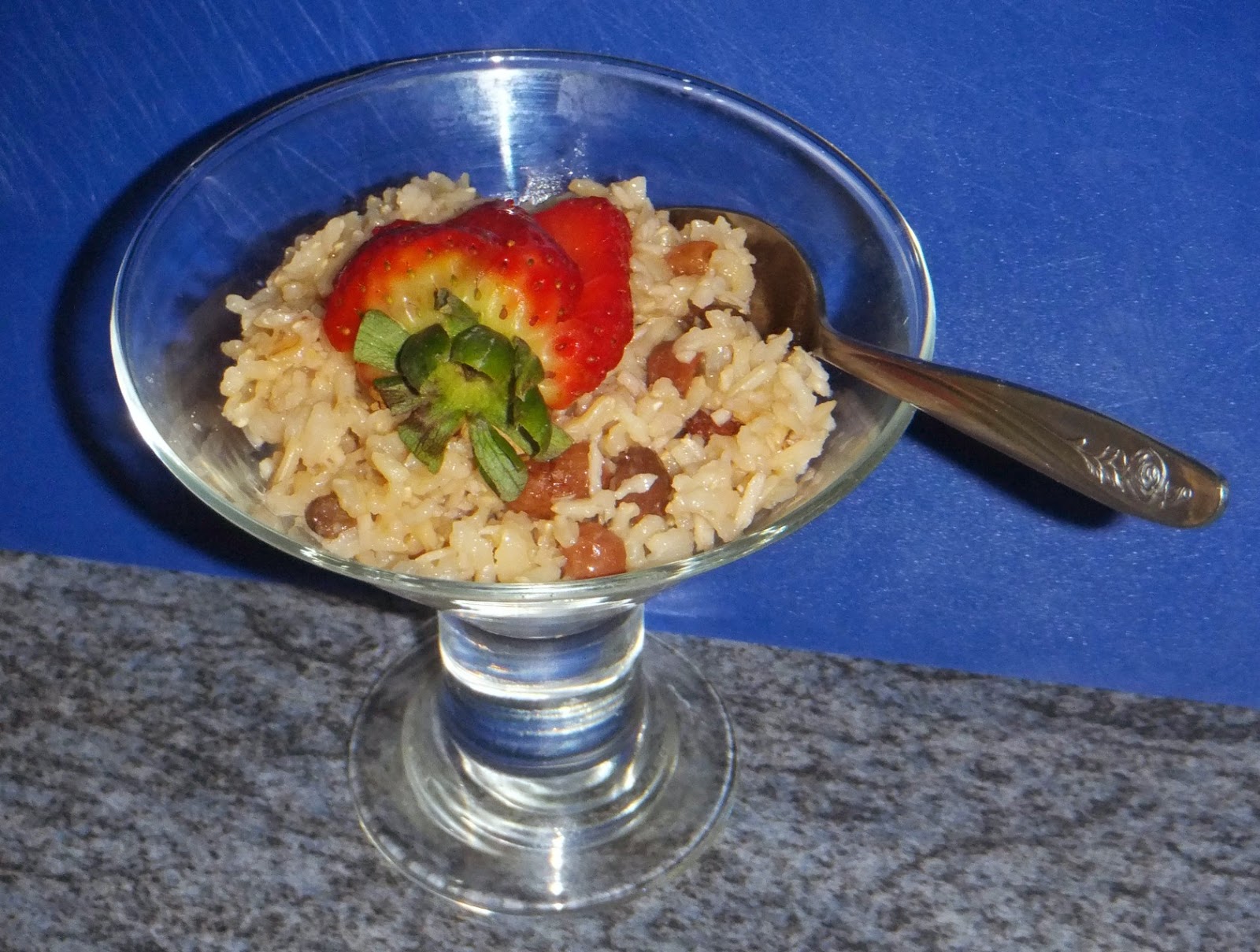 What food holds memories for you? Why not share your story over on FlavourofTogether.com?

For every story shared on Schwartz’s website and Facebook page or any of McCormick’s websites or social channels, Schwartz and McCormick together will donate $1, up to $1.25 million to United Way and their partners’ organisations. In the UK, Schwartz will support Focus on Food, a charitable food education programme and partner of United Way Worldwide, that champions cooking as an essential ingredient for healthy, happy lifestyles.