My first walk with the twins.

Its hard to think that the twins will be four months old next week. The four months have just disappeared. Every time I pop into my daughters, or she comes up here for a while it seems that one or the other of them is always feeding. Seems that is all my poor daughter has done for the last four months. But when I went down for Bob on Thursday to bring him up Dinky was asleep in the cot and Minky had just finished feeding. So I made the most of the opportunity and kidnapped the two of them to give their mummy a break. 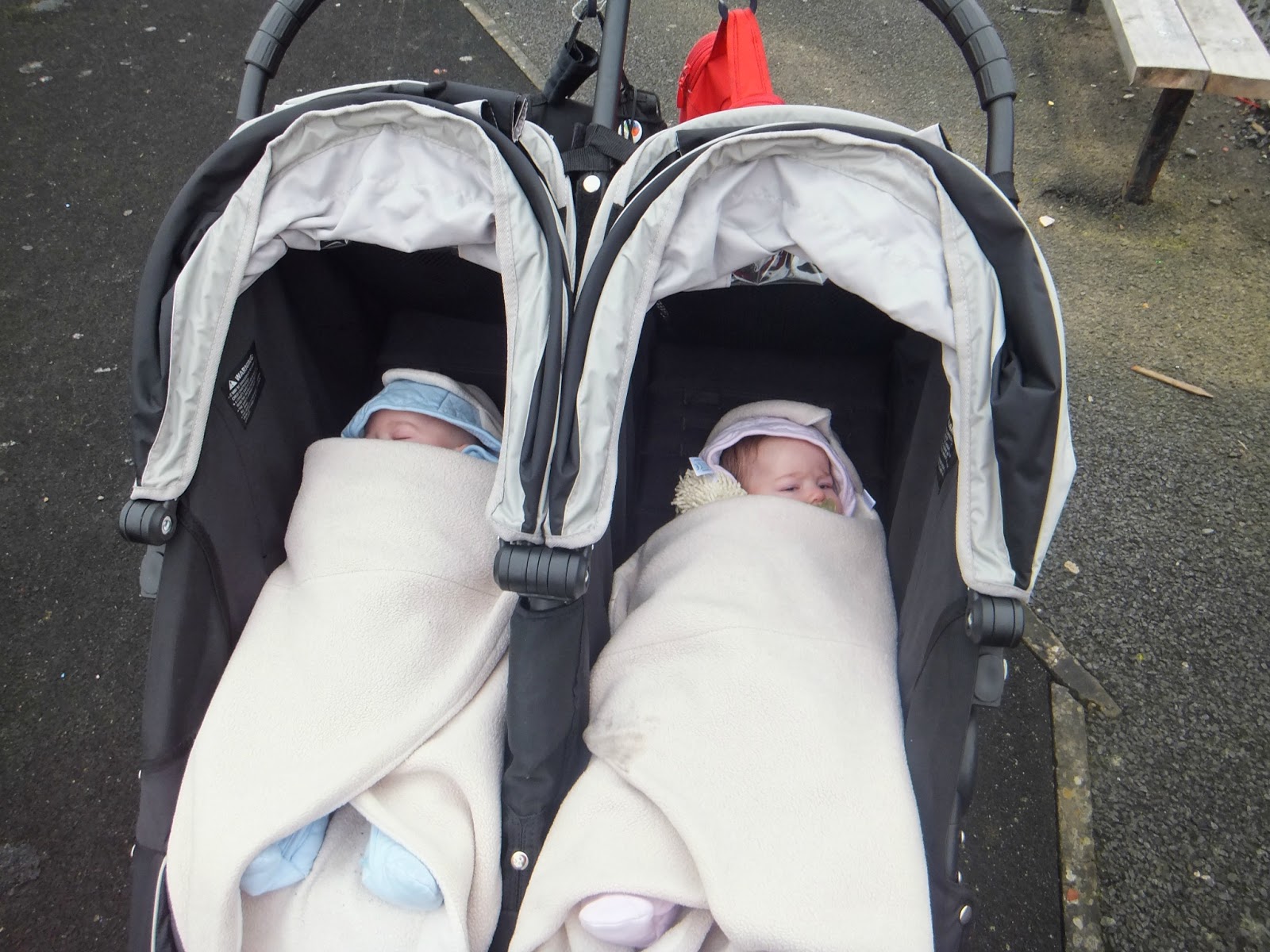 Bob and I took the twins to the park. I have to say this was as exciting as they became, and apart from lie in their pram and sleep they did not do much....lol. But I thought as it was the first time I had them out it was worth recording, and Fiona told me I had to link it up with Country Kids, so here it is, written down and remembered forever.

But Bob had some fun. Or as much fun as he could have. Its not the most exciting park there is but it was nice to get him out.

By then it was time to take the babies back home and go and make our tea. But yyyeeeehhhh  got the babies out!!

So here you go Fiona, as promised.