Well just about made it, one more week and I have completed my 6th year at this project. Not sure about next year but will wait and see.

Popped down to see what hubby was up to in the shed. This was what greeted me. 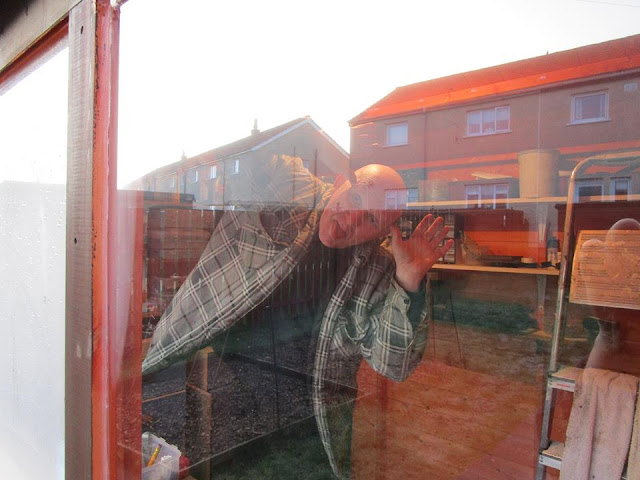 
My old camera went faulty bit as I had a no quibble swap guarantee I only had to pay £5 more for a new one than the one that had gone faulty.
So been trying it out when I get a chance to. Today we drove down to take flowers to Gran's grave. This is taken from the same spot zoomed in a bit and zoomed right it. Impressed with its zoom, but then the last camera really left a lot to be desired. Yes the church ir in the middle of the first picture just to far away to see it.

I picked up the food for the food bank from the complex. But time I picked it up the food bank was closed. Some of the residents gave me money instead we stopped at Tesco on the way home and did a pile of shopping. I bought basics like pasta, sauces, tinned meat, veg, beans and spaghetti as well as some microwave rice. I also got toilet rolls, toothbrushes and toothpaste, soap shampoo and sanitary towels. Went for the cheaper options to allow me to buy more but cheaper options are often perfectly useable. I also bought some treats with biscuits, sweets, and crisps. I left the £50 worth at my local Tesco as they then top it up with an extra 20% so win win all round. Seemed more sensible than taking it home to take it back to the food bank the next day. 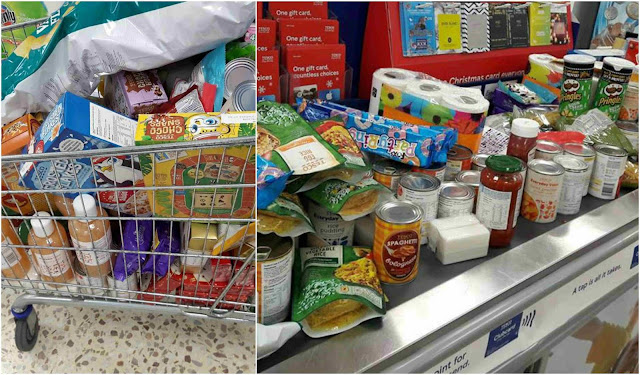 The food I had collected that was in the box was dropped off today at the Salvation Army food bank. This young lady who helps out was delighted to have her photograph taken. They were busy sorting out other donations but these are my bags on the table. 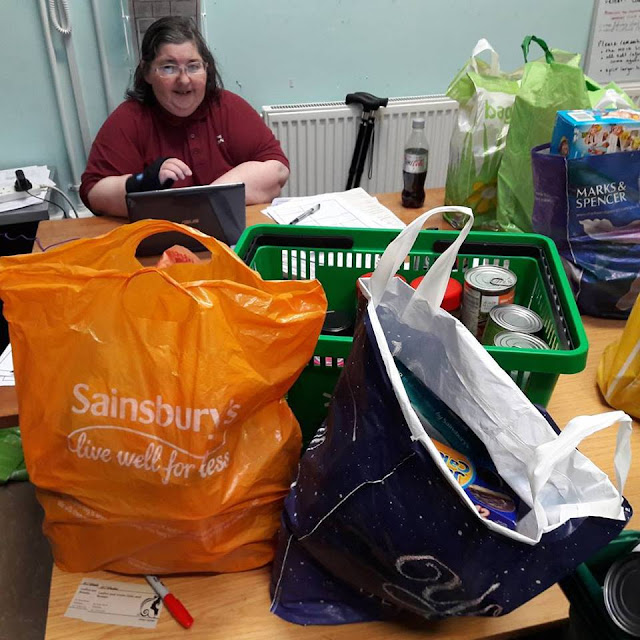 A tradition that keeps growing. Our annual colouring competition whereby we meet up with an old neighbour for a catch up and we colour at the same time. Started off  five years ago with us colouring in the children's pictures with the provided pencils in a garden centre. We would meet when we took Bob to see Santa. The second year wand every subsequent year we took our own pictures and crayons. DD3 decided to join in two years ago and Fifi complained she does not get to come, so this year we had it after school so she could join us.I am pleased that at fifteen she wants to do this with us. Our friend Samantha brought a small trophy for the winner this year along with a scratch card. We got a member of staff to judge the winner for us and the winner was DD3. All round family and friends madness  ensued as usual.
Thanks to Wetherspoons in Ayr for reserving our seats and judging our madness. We will be back next year. The date is already booked. 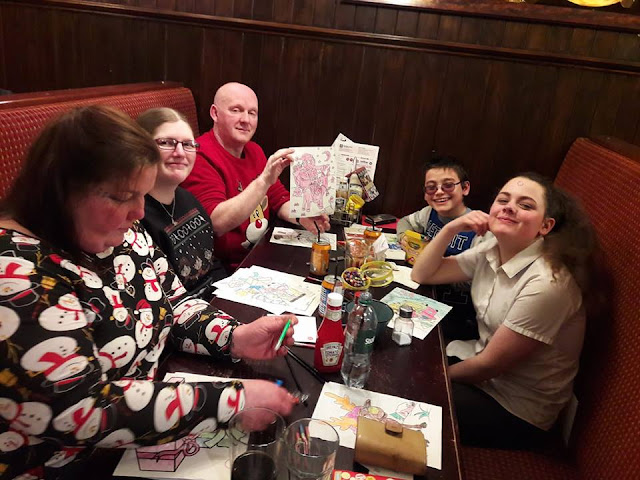 While we were in the town spending some of the Argos vouchers we won and we wandered the charity shops. Hubby spotted these at £1 each so we bought all three. DD1 moans at me when I get documents attached to my emails that I forward to her to open and cut copy and paste them to me as my computer does not recognise them s I have no office programme in, well now both hubby and I have one in. 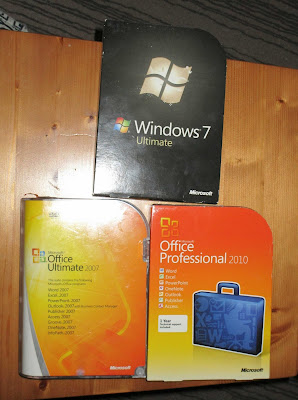 Every year we make mince pies for Santa. So this morning I went down to DD1's house to make them with primarily the twins. I don't have a table or a kitchen big enough for a table so easier to go down there. So they made mine pies and then decorated a few cakes I made last night. Spud joined in, she had the spare pastry that she sneezed and snottered on and then ate pieces of it raw. Minky also quite liked the raw pastry but was not so keen on the flour I used for rolling out.
We had fun and instructed Alexa to play us Christmas tunes.
More icing ended up in them than on the cakes and more sprinkles on the floor than left in the tub!!
Took some cakes down for Bob to decorate for the elves with allergies ( yes he still believes). He is coming up on Tuesday evening to make mince pies and sausage rolls with pastry we have found that he can eat ready for Christmas Day No.2 on Wednesday. 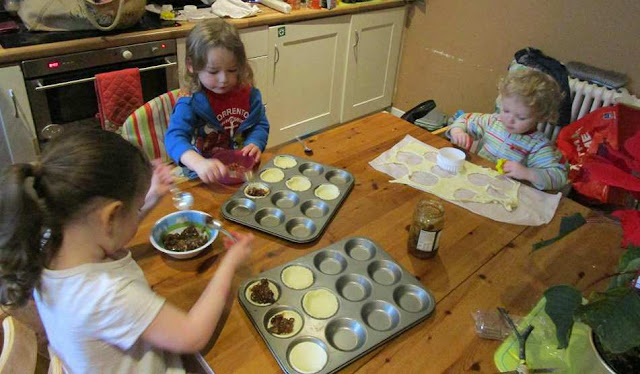 I hope you all have a fabulous day whatever you are doing. We are off volunteering on Christmas Day, Boxing Day we are going to hubbys Aunt, his sister and cousin will be there, and we will do family Christmas on Wednesday.
See you all next week.