Sleep is defined in the dictionary;

Sleep (and your brains need for mattress encasement)

Sleep is defined in the dictionary as follows.

“A condition of body and mind such as that which typically recurs for several hours every night, in which the nervous system is relatively inactive, the eyes closed, the postural muscles relaxed, and consciousness practically suspended” 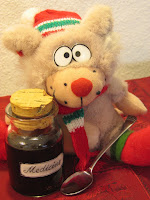 Yes well whatever, we'll take that as read, but most of us just take sleep for granted, we go to bed every night and some people just do it. For them it is as easy as one two three, for others it is not. A fairly high percentage of people find falling asleep difficult and apply different methods successfully or otherwise, counting sheep, reading, not going to bed till being absolutely exhausted are just some of the methods used.  There are various things that can keep you awake making for a long annoying night. A trapped nerve in the shoulder making it far to painful to sleep. Something as common as tinnitus, very annoying over night and my coping mechanism for this is audio books with in ear headphones so hubby does not have to listen as well. What about a cough, made worse if you are asthmatic?Another thing that Bed bugs are on the rise and have been known to be found in top hotels as well as train, planes and theatres. One way of preventing these is by using  mattress encasement. These items are usually waterproof as well as breathable and not only keep out the bugs but also dust and other allergens can keep people awake is itching. Be that eczema or other allergies, or even the dreaded bed bug! .


So why is it so important and why has Mother Nature decided that we need so much sleep?  After all the average human being spends eight hours of every day asleep or what equates to  a third of their life, assuming that they live for an average of  seventy five years, they spend twenty five years of that sleeping!  That seems to me to be rather a lot I personally could do with an extra twenty five years. I'm sure like most other people I could put them to good use.
So why do we need as much sleep? This is a question that has baffled scientists for centuries and the answer is, no one is really sure. Some believe that sleep gives the body a chance to recuperate from the day's activities but in reality, the amount of energy saved by sleeping for even eight hours is very small a paltry 50 kCal, the same amount of energy in a piece of toast.
Apparently have to sleep because it is essential to maintaining normal levels of cognitive skills such as speech, memory, innovative and flexible thinking. In other words, sleep plays a significant role in brain development, however this poses another question as to why so many people can  appear to function perfectly well on just a few hours sleep whilst other like myself need to use up the full third of our lives.
Now assuming that it is all down to our fragile and often over vexed brain needing to recuperate after the stress of a hectic day which is fair enough, yes we can sympathise with our poor brain it needs sleep to prepare for the next days tasks that we will without doubt throw at it, so having said that it needs to save energy why on earth does it use up energy by causing us to dream ? 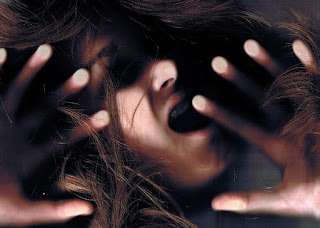 So we need to sleep to rest our poor brain that has been accepted but why do we need to dream or if we are unfortunate have nightmares that would appear to me to be a very good way to use up valuable energy which our brain I'm sure could put to better use. The debate as to why we dream could go on for many many pages there are, however, a great number of theories being explored. while some scientists say that dreaming has no direct function others believe it to be of great importance, personally I just take it or leave it. I would not like to tire out my poor brain and use up quite a lot of the energy it relies on.