I got to be a Morrisons taste tester

I was really quite pleased to receive an e-mail from Morrisons taste testers to say I had been fortunate enough to be picked to one of these months testers.

This in simple terms really entails getting some food sent out, eating the food and telling Morrisons what you thought of them.

Now I had applied for this this month as it was looking for people having parties and as the 28th Nov is both my birthday and our wedding anniversary and they were supplying party food, so better excuse to try and get picked? 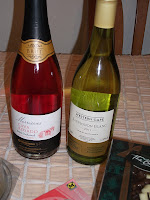 The form that I need to fill in is very simple, a few boxes to tick and pop in a comment and 4 predefined foods that they picked. I need the video camera to take a some video footage of the gathering and upload them on the comment form. So how difficult can it be?

So tonight the 3 daughters, along with the grandchildren,came over and the testing began. 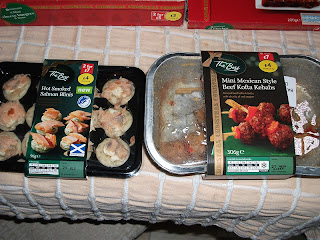 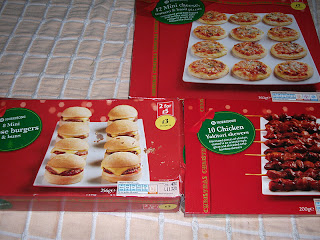 The foods we had to test were Morrisons the best beef kofta kebabs  we thought these were tasteless and uninspiring.
Morrisons the best hot salmon blinis these were very tasty and the salmon was nice, but the blinin bit was soggy. We were not sure where the hot bit came is a s they were served cold.
Morrisons mini cheese burgers in a bun, we felt these had too much cheese on for the amount of burger and bun.  Mini cheese and basil pizzas were liked by all but one of us and had a good amount of topping for base.
Chicken yakitori- you could not tell these were chicken, and they were fairly tasteless. We thought the sticks were to long and they tickled you throat trying to eat the eat.

We also had a chocolate cluster cake which was very rich and heavy. It was a rich fruit cake with ample chocolate chips in and a very heavy choc chip, chocolate covered nuts topping. We found this cake very rich and heavy and a small piece was sufficient.We also sampled 2 bottles of wine, 1 white which was light and drinkable  and it complemented the blinins nicely. The rose wine has just the right amount of sparkle with a very pleasant after taste.


These foods were provided to me for free, but this post is an honest reflection of our findings. This post was not a necessary part of the foods but I decided to share my findings with you.
Posted by fun as a gran at 15:06