I did a post the other day for paprika potatoes and had a good response, and people asking me to do more budget cooking posts, so as we tend to cook budget a lot of the time I thought why not, so tonight we have a chicken stew and a rice pudding recipe. 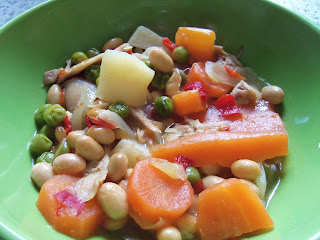 The soya beans add protein and fibre to the stew, help to bulk out but have no real flavour to over power anything. 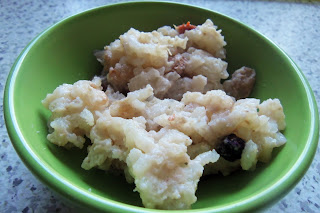 I made my own soya milk using soya beans  and 2 star anise. I put the anise in with the beans and crushed them up together.  But you can use milk of your choice, dairy or none dairy.

much cheaper than buying tins, and the star anise adds a lovely aniseed flavour to the pudding.

The linked items were supplied by Healthy Supplies, the ideas are all my own.
Posted by fun as a gran at 22:09