Went to the car boot sale and bought these pictures which will go nicely on the living room wall. 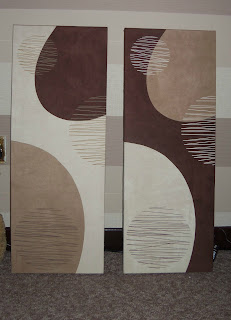 Monday - sorry didn't actually take a picture as was not sure where my camera was.

Well today was the big day, we were up bright and early dismantling the bed and such like ready. I ran OH up to the new house as there was not a lot he could do at our end but plenty he could do there. Whilst they were loading up the van I was taking the last out of the kitchen cupboards and cleaning them all.

Have to say that the company were very good, the two men were excellent, everything was placed in the right place, all furniture was covered to save damage and they were nearly half the price of the first company I got a quote from. Would certainly recommend them if you are local and looking for a removal to be done. 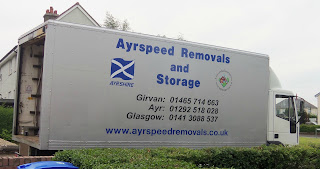 Bob had made a card for our new house, it is a vase of flowers. Fifi had bought one and had to laugh at her following the family tradition that the card comes from all the members of the family not just the humans, the names included belong to the turtles, the 3 cats and even Minky and Dinky.

The card says Happy New Haws, to Grandma and Granddad from Bob xxxx 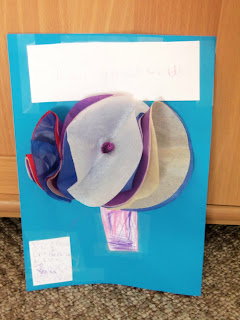 Back at the old house today to clear out the rest of the stuff from all the upstairs cupboards  and get the rest of the cleaning done I always thought my house was clean, but you move your furniture and realise how much dust is under stuff and how grubby the skirting boards are behind them.

Have to say by now every bone and joint in my body aches, I am covered in bruises, and I have run out of steam, and am just glad it is all over.

We went for a walk round the fishery in the evening, and saw this pair of peacocks. 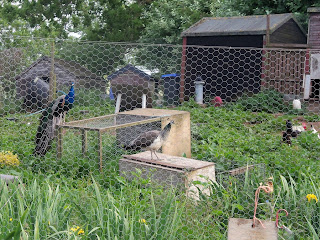 We went out with daughter No3 tonight for a meal, a treat for OH for Father's Day as she was working on Sunday and this was the first day that suited us all. This is a picture of the four puddings we had. Mine was an adaptation as all the puddings have cream/ice-cream/toffee sauce with them,  so I asked for just the cinnamon waffle with 2 scoops of sorbet instead. M  No 3's OH) had the sundae, daughter No 3 had the chocolate fudge cake and OH had the salt caramel cheese cake. 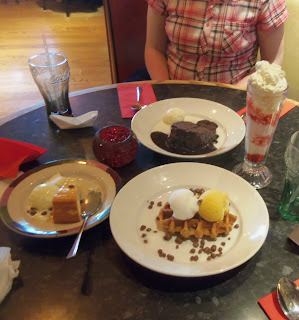 Got Bob over as he wanted to hinder  help me sort out the toys for his room. We went for a walk afterwards. Running down the back lanes and we spotted sweetcorn just starting to burst through the polythene. Going to watch its growth over the weeks. 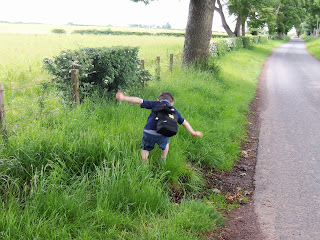