We bought this picture from a charity shop about 10 years ago and for the money it has well earned its keep, but it will not fit in the new house so we gave it away in Freecycle during the week. Its new owner repainted the frame and sent us a picture of it up in his house. 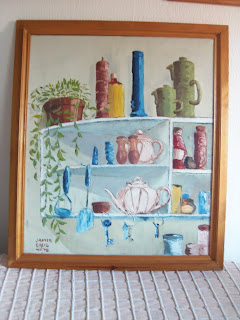 Tuesday is the first anniversary of Shorty dog's passing. I was offered the chance to do a review of a photobook, and chose to make it about Shorty as a present for hubby. You can read more about it here. 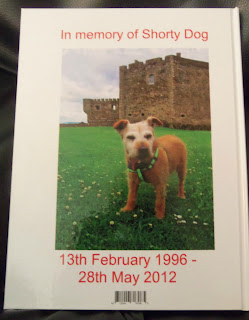 Daughter No1 was away for a scan of her baby, but baby turned out to be babies!! You can read more about Dinky and Minky here. 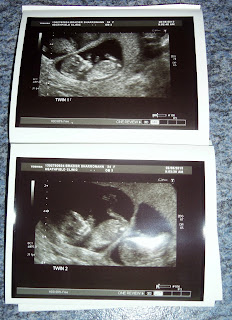 Finished my bathroom makeover today, you can read more about it here. 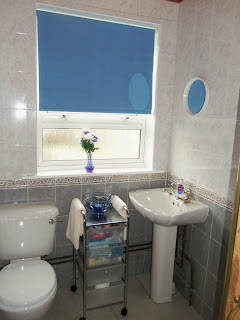 Had the decorator in to do the papering in the living room. 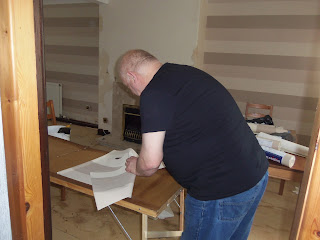 
Living room is finished, and a great job he made. I must admit we would have papered the stripes vertically but the decorator suggested horizontal and I must admit it looks good. 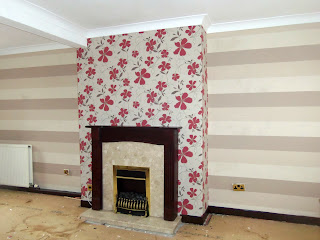 I bought myself some yummy pancakes. This is the sort of thing I have not been buying for weeks as OH not allowed them, but tough I am so I have bought them and told him paws off!! 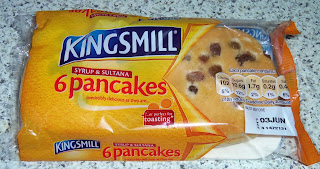