Was OH's birthday, he is no longer a toy boy, he is (for now) the same age as me. I finished work at two today and we went into town to buy him a new phone and while we were out we went for a Chinese meal. Not what we had planned but the normal place was full just after 3pm on a Sunday afternoon. For the price we paid for a three course it was very good value. 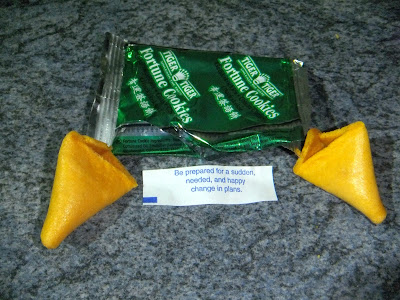 Was a cold and frosty morning this morning., temperature was down to 0oc, the car was heavily frosted as were my strawberry plants. 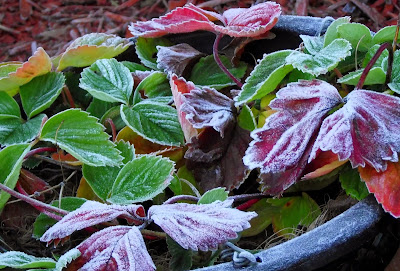 It was very cold, very wet and very very windy here all day. Some of the neighbours were brave enough, or was it daft enough, to set off some fireworks. I stood on the back door step shivering and getting wet all in the name of Project 365. They were letting the fireworks off very sporadically so was difficult to tell when they would go up. I was hoping for some nice bright colourful sky full of stars type photograph but to no avail. This was the best of a bad job but I have to say I liked the spiral affect. 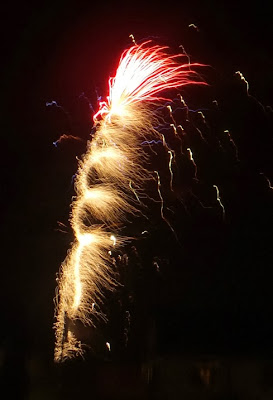 I have only won two prizes since about May, shoes and a waterproof suit both for Bob. I have had an amazing ten days with wins, this was one of them. Maybe help me creaky joints. 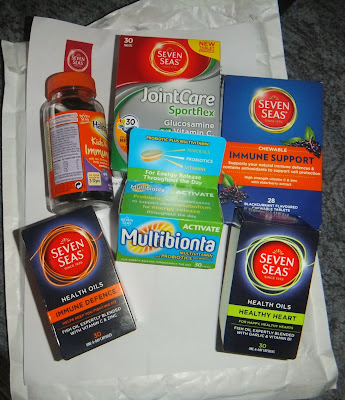 Last week I added a picture of a meal from when we had friends round for tea.The meat was a review item and when I put the review up and linked it to their Facebook page I saw a code to get one of their £50 meat hampers at half price. The meat hamper was what I had originally tried to negotiate when I did my review so  I ordered two of them. Sadly the code ran out yesterday.

Had had the grandchildren over as usual. Fifi had phoned to say could she go and play with her friends, so I said yes. Less than ten minutes later she arrived at my door to ask what time to be home for, so I told her five as its getting dark so off she went.  Five minutes later she is back at the door in floods of tears, she has fell out with E who is not talking to her, and K was not coming out. Sat on my stairs and cried cos nobody likes her and she has nobody to play with. Ooooohhhhhh how I remember this stage/age very well that the whole world hates you and every crisis becomes a drama. 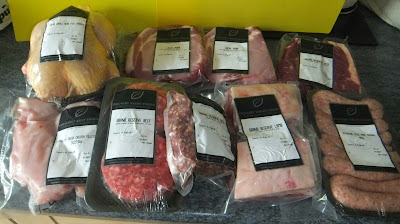 Friday
Walking Bob back down the road, he knows he is not allowed to cross roads on his own and stops and waits on me catching up. He has taken to doing this at the kerbside, and now it seems it is also being done sporadically as he walks along. 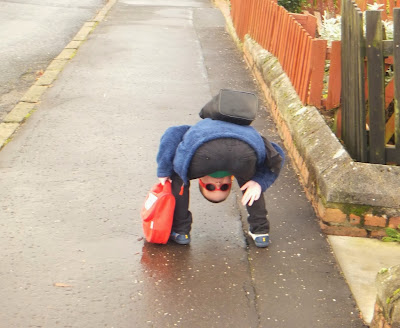 This was another prize along with £200 of John Lewis vouchers from Brit Mums for one of my potato recipes I put up on my blog. Had a chuckle - one of the recipes is for Glaswegian chips and curry sauce- gives you a recipe for the curry sauce and then tells you to serve with "good old fashioned English chips"

Will have some fun trying out some of the recipes over the coming weeks. 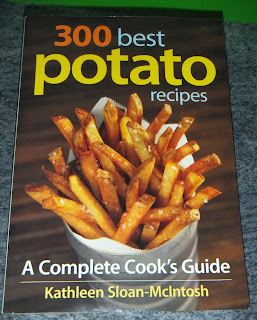