We took two cameras out on a sunny day.

Daughter No 1 had what was suppose to be her final appointment today and so I had Bob so he didn't have to go with them. So as we had some cold but dry weather I decided to make the most of the break in the weather and get some fresh air and a stretch of our legs.

We decided to take two cameras with us so Bob could be taking some pictures for himself, he loves to do this. Bob is getting really excited at the prospect of becoming a big brother, though he did tell me he will still be a little brother as well.  He cant wait for Minky and Dinky to arrive. They are counting down the sleeps until the twins arrive, nine sleeps now. We discussed how him and Fifi will be staying with us Wednesday night next week as mummy has to be in hospital for 7.30 am next Thursday for a designated theatre spot of 9.30 am. He also knows depending on how visiting and things go they may need to stay Thursday night as well.

Mind you Fifi is counting down the sleeps to her birthday, only six more sleeps until she turns eleven.

So we set off down the street, and the first thing he took a picture of was - surprise surprise a digger 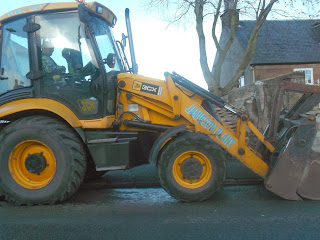 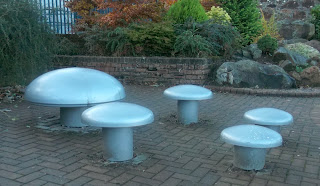 and some autumnal trees 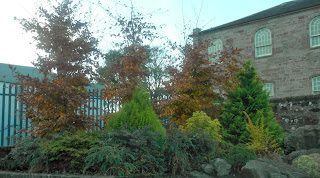 I took one of Bob taking a picture 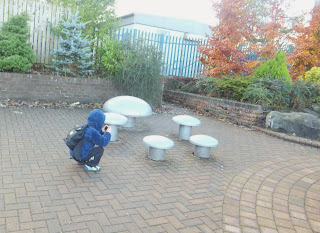 We took it in turns to sit on the bench and have our pictures taken. 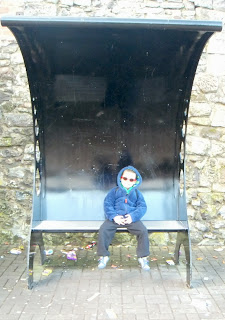 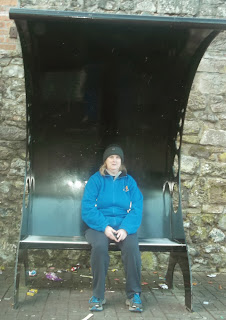 Next off we went into the cemetery where he was asking about how old people need to be to die, we discussed how they are buried lengthways out from the headstone and Bob practised his reading skills on the headstones and saw how some people had been in their nineties, some when they were really old in their sixties, and some younger than thirty. It is an old graveyard so a lot more people did die younger. Tarbolton has a new graveyard at the other end of the village so I knew there was no fear of him reading one of somebody he just may have known. 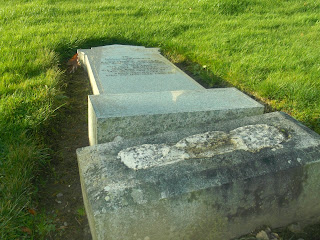 We talked about headstones and why we thought  they were there, Bob particularly liked this one that had fallen over.

Bob was pleased with himself that he could manage to read them with very little prompting, and he made a good job of some longer words that he will never have come across before. 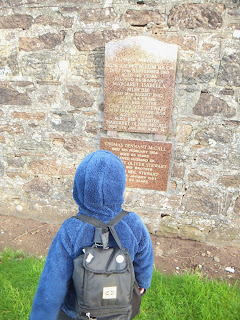 Bob liked this tree in the graveyard. 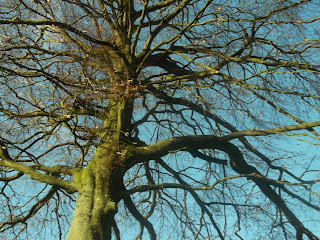 He did suggest we should maybe have buried Dipsy cat in the graveyard so I explained how it was not allowed.

Next off we left the graveyard and headed to the outskirts of the village. Bob tells me he has never walked up this way before. So he took a picture of the street name and we went up to explore it. It was a small cul-de-sac and so we came back the same way as we went up. 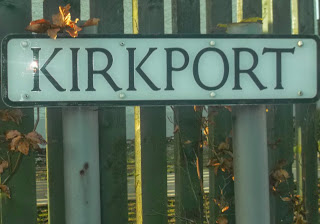 He then found various gardens with ornaments in and took some pictures that appealed to him. Little figures on the doorstep.

A sun leaning on the wall. 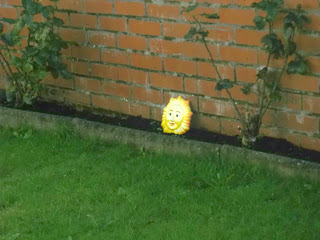 A windmill. I am trying to teach him to only zoom in as afar as is needed, not too far that we miss bits of the picture. 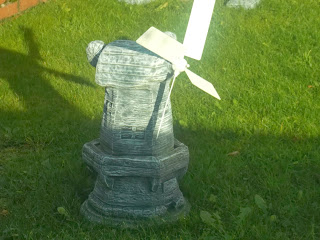 A birdbath, but there were no birds in it whilst we were there. 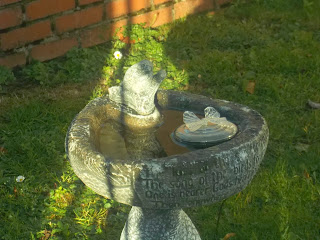 Finally we made our way round to the park. Mummy doesn't like him in the park as there is an ic cream shop nearby. But I weighed up the fact it was too cold for ice-cream and that it had rained for days so it should be safe. He was fine, no problems what so ever. 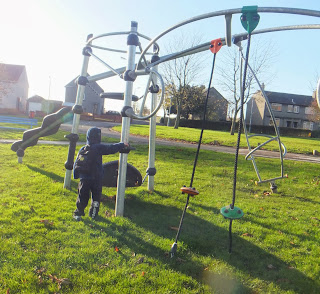 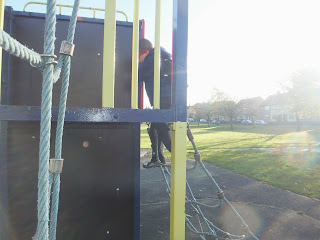 and climbed some more 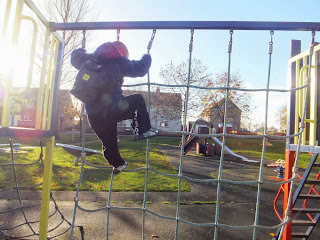 Not to mention sliding 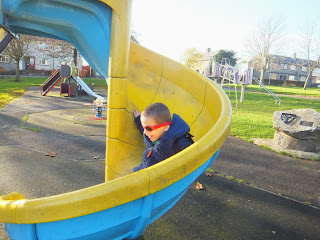 and playing on strange twirly things 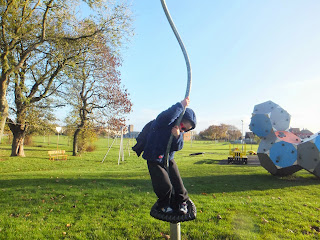 I took some video footage as well. He wasn't quite brave enough to jump down.


Then it was Grandmas turn to play; on the death-slide 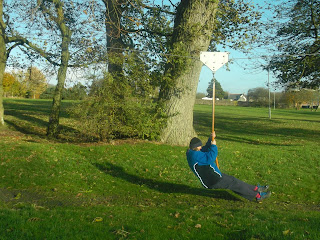 and the large swing. 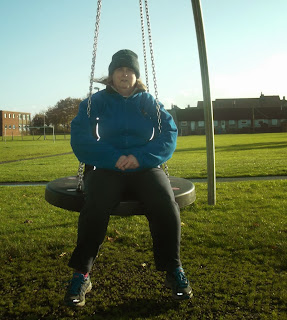 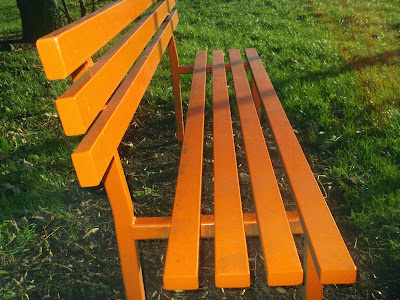 So there you have it, we passed ninety minutes away. Apparently there are three other play parks in the village, will need to hunt them down and go play soon.