It was Bobs birthday on the 17th April. I suggested all sorts of different ideas but nothing I suggested seemed to appeal to him. He had asked for wii infinity figures but as at least three other people were getting him some of them I decided on something different. I bought tickets to take him to a musical based on Dr Seuss. It was being run by Centrestage Music Theatre

Centrestage was started in 2006, it has something for everyone. Whether it is vocal, dance or acting workshops, technical activities or specialised outreach programmes and performances, you will feel welcomed and valued at Centrestage.
Leadership through the Arts is at the core of all activities, regardless of the participant's age, background or previous experience. Come and join us and have an unforgettable experience.  Centrestage allows everyone to participate in activities and projects that make a real difference to the community.

The show was on over the weekend and we were at the final of the four shows.

Synopsis
Horton the Elephant, the Cat in the Hat, and all of your favourite Dr. Seuss characters spring to life onstage in Seussical jr, a fantastical musical extravaganza, presented by the 10-14yrs MT Company.

On the way to Kilmarnock we went over the new flyover, Bob thought this was brilliant and was amazed at the road beneath us.

During the show Bob felt sorry for poor Horton as he was being bullied, Bob doesn't like bullies they make him sad. But he loved the show, clapping along and laughing at parts.

Took some pictures at the show. Have pixelated the faces of the children who don't have make up on, not that I think any of you will recognise them. 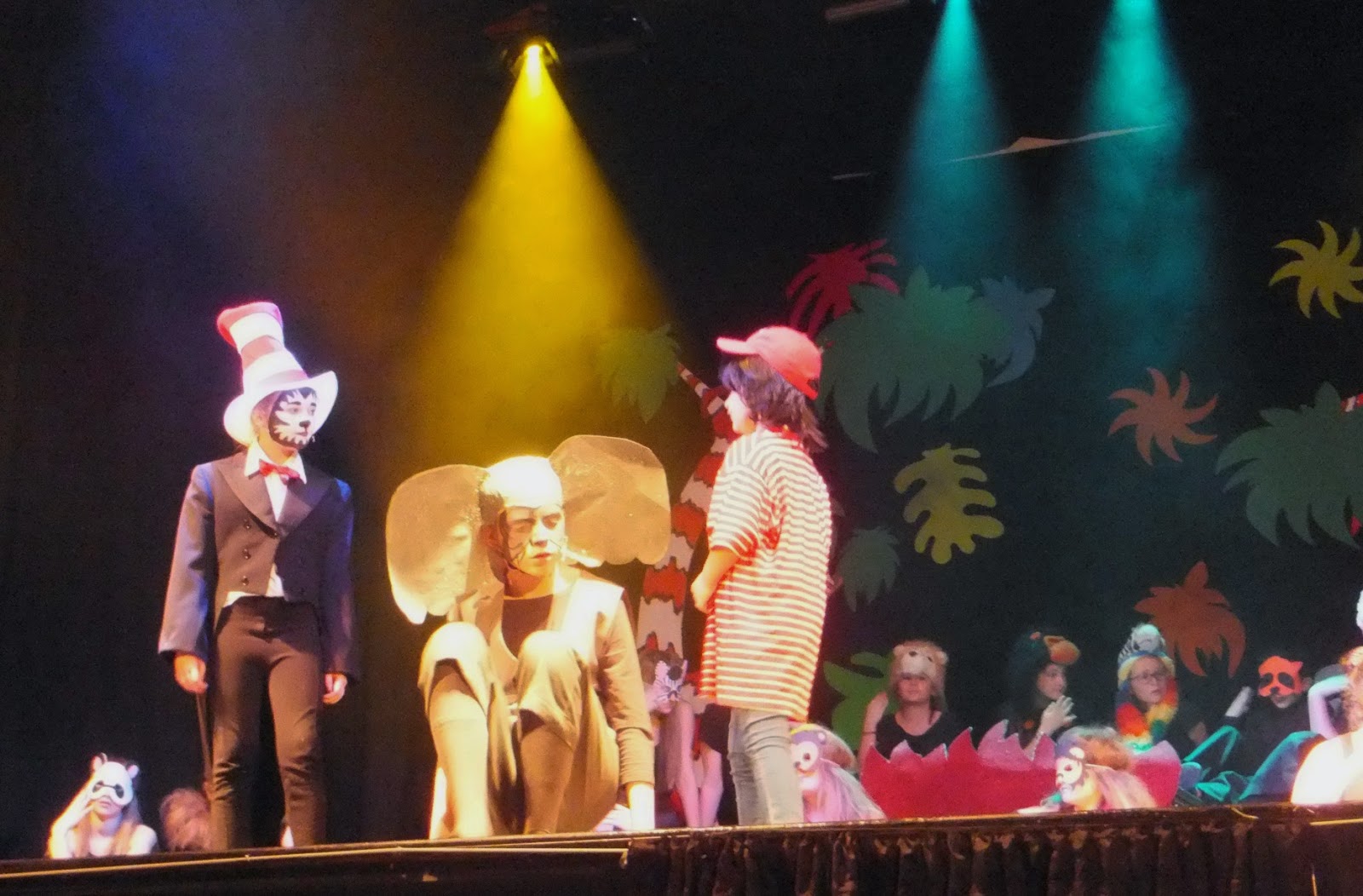 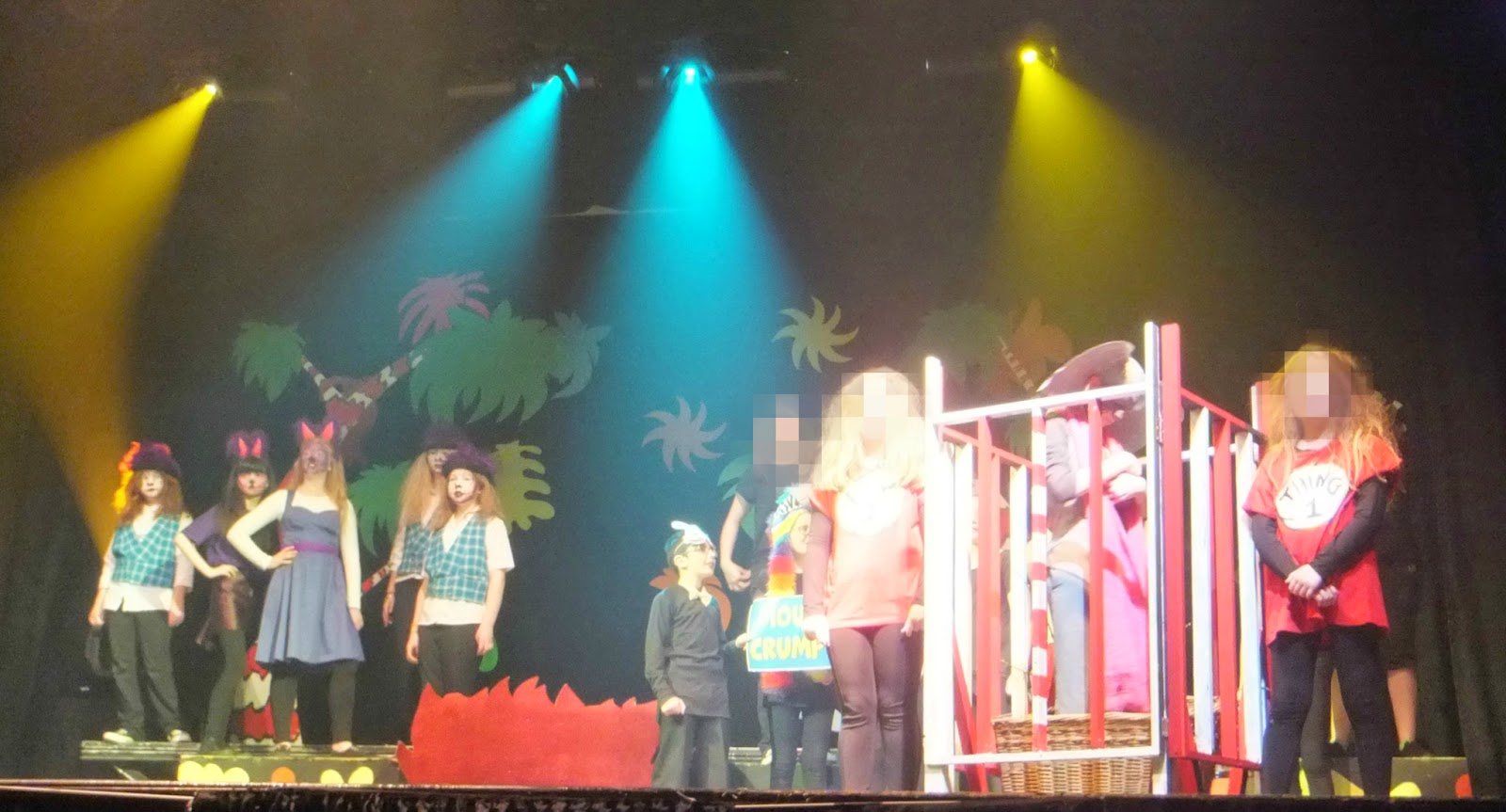 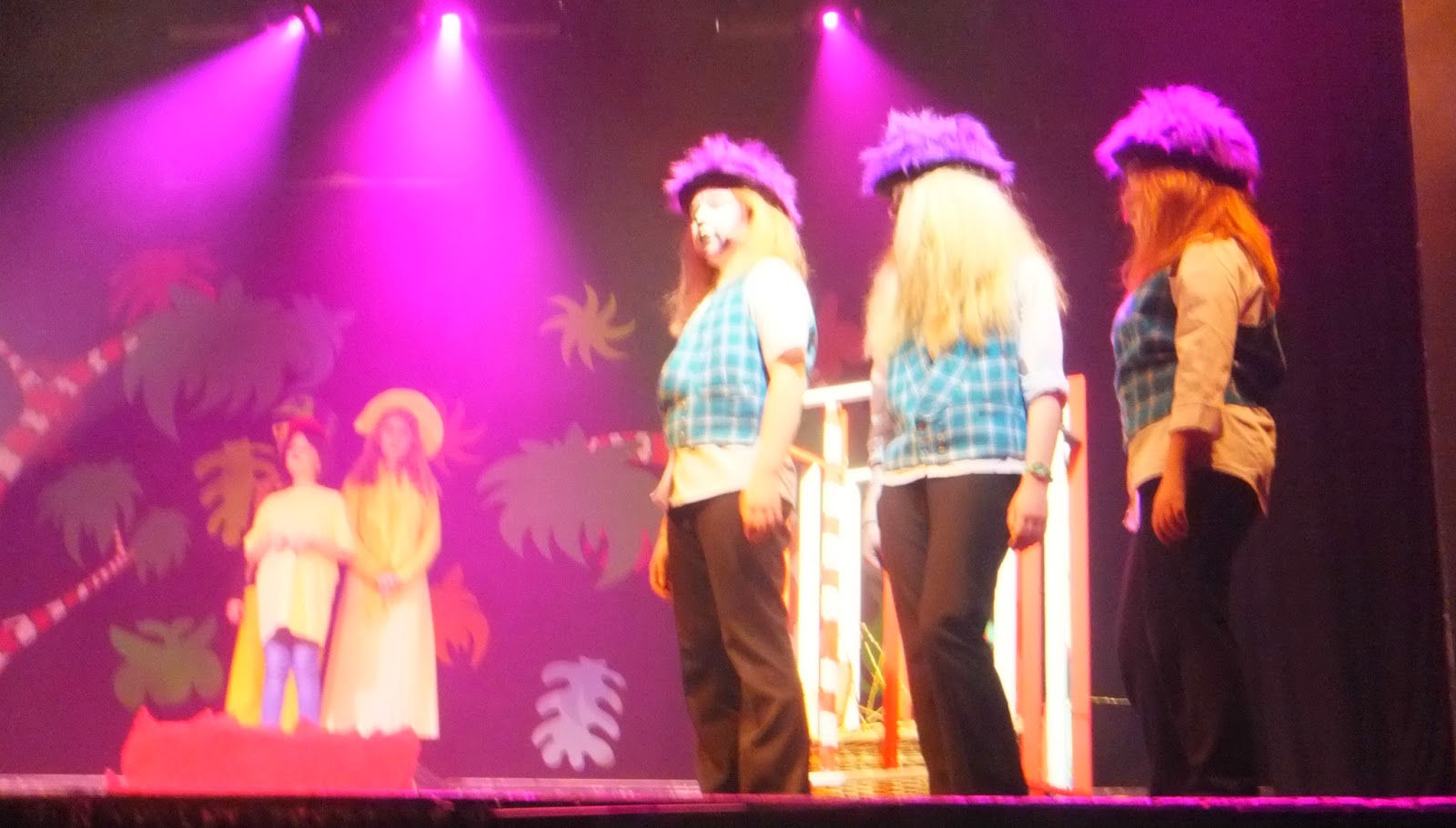 The children on stage were amazing, you could tell they had worked very hard, but they seemed to really be enjoying what they were doing.

A great afternoon out and a present Bob will remember for a long time.
Posted by fun as a gran at 22:20