This cow came into our lives a while ago, and has been packaged  in the loft ever since. But hubby dug her out and we are planing on sending her to Chloe's Chemoo Cows. They can use the cow as a raffle prize.

Chloe's Chemoo Cows was set up in September 2011 in memory of Chloe Alexandra McNeil. At 11 years of age she lost her fight with an inoperable and incurable brain tumour just 9 months after her initial diagnosis.

You can read more about the charity here.

Quite difficult to get a good photograph of him. 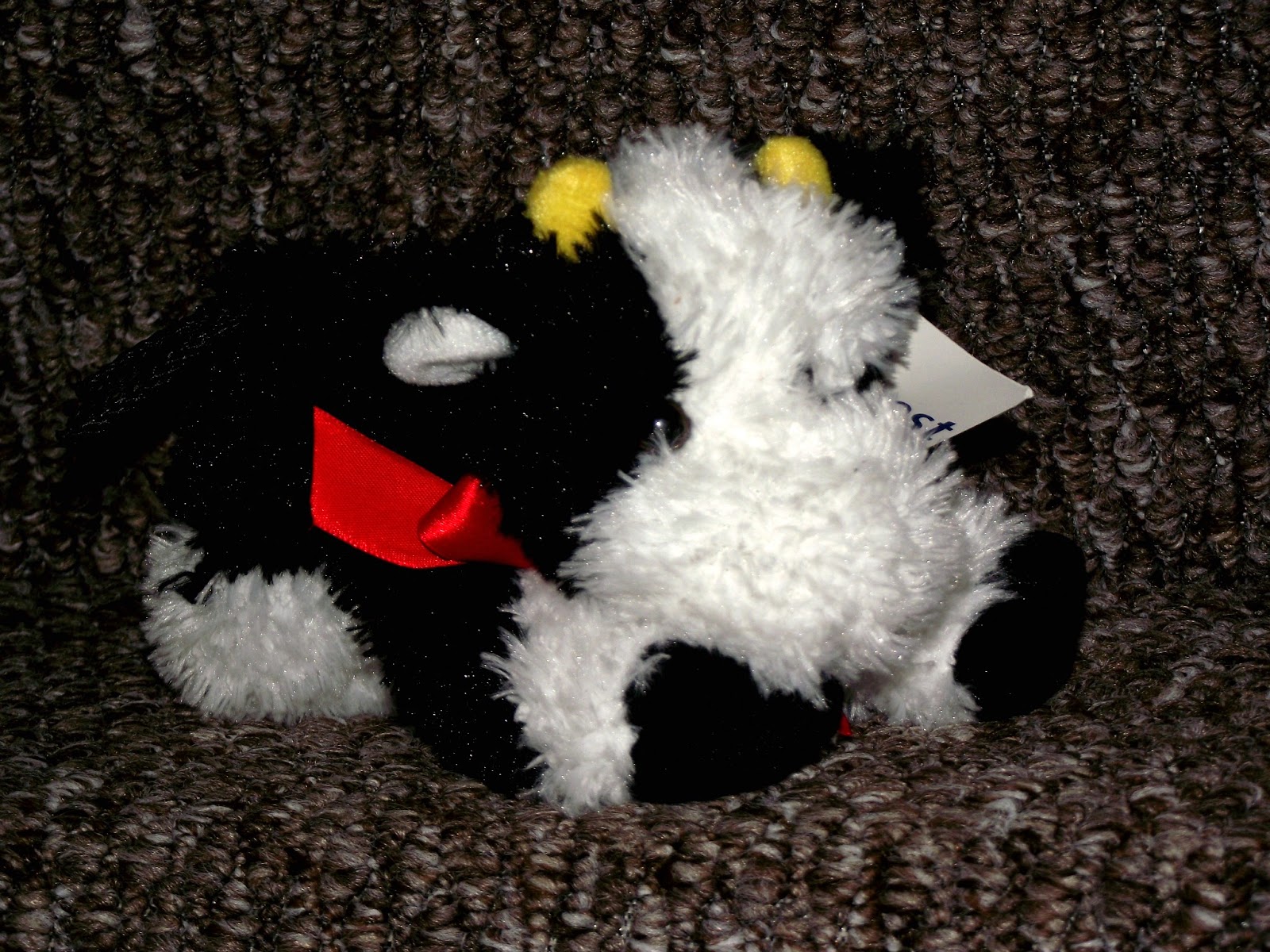 My daughter and I took the four children out for a run around the local country estate. Have written a post all about their fun here  Here are the twins, now five months old sat in their buggy watching what is going on. 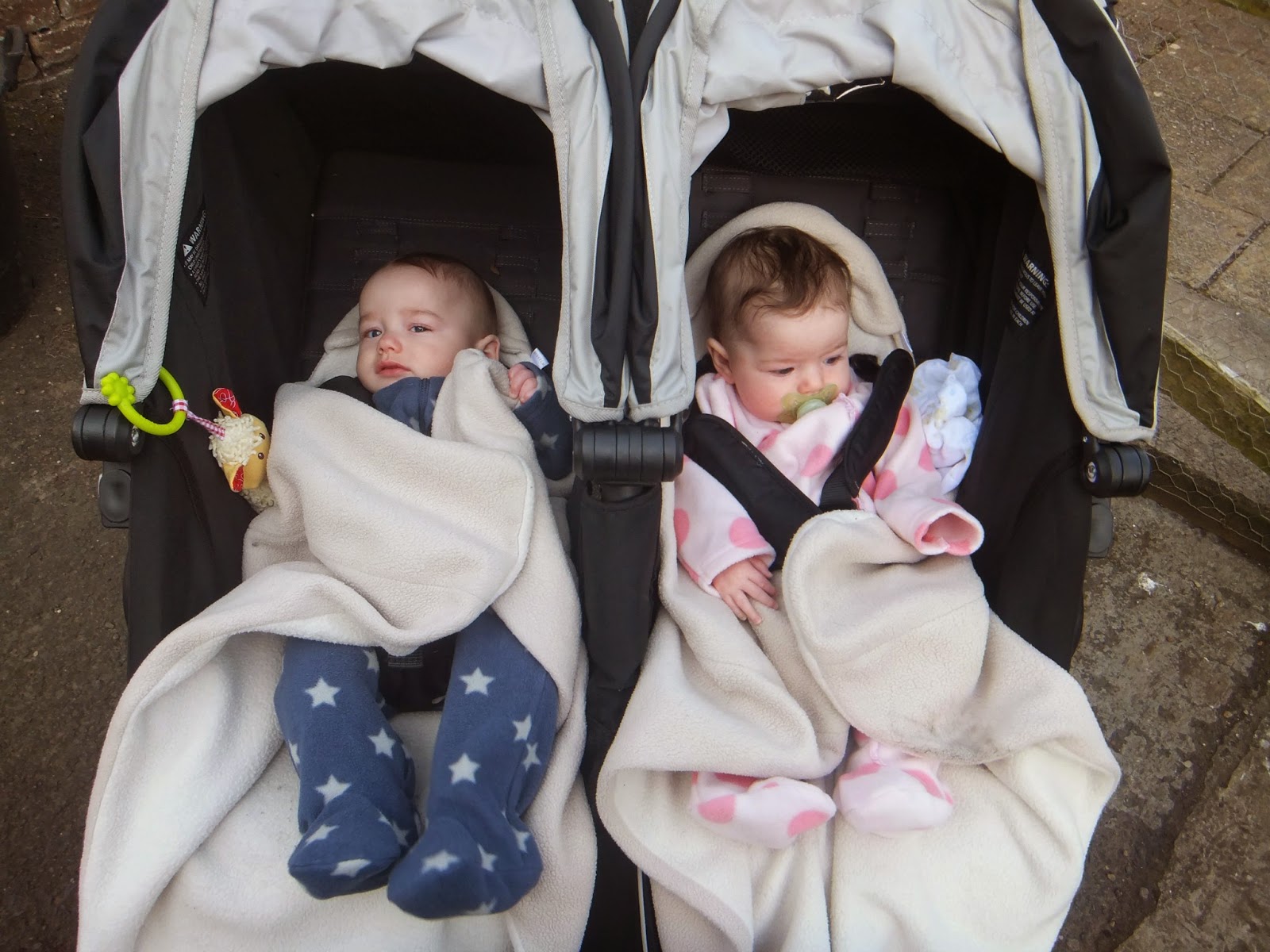 We took a run to Stirling to visit son No1 today. Sadly there had been an accident on the motorway on the south bound lane when we were going north, which slowed down us down to a crawl or slower for a few miles. But it did give us a chance to take a photograph of this statue that we normally drive past at 70mph.
On the way back OH decided we should go back onto the motorway to go home....a bad mistake.....as it took 2 hrs to travel 8 miles.......dont know how people voluntarily drive roads this busy going to/from work every day. 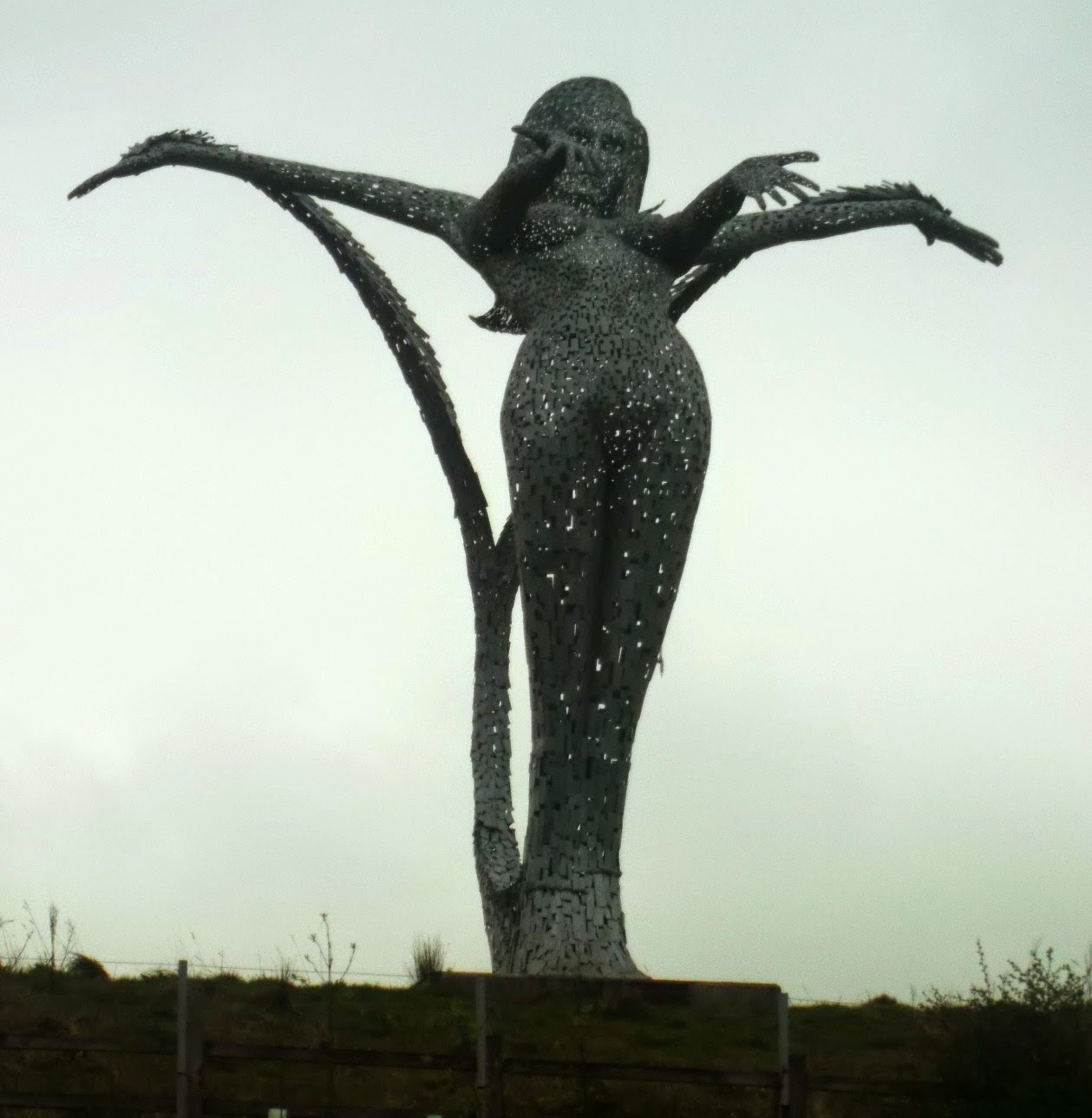 Daughter had taken the twins to A&E on Tuesday night as Dinky was having trouble breathing. She took stuff with her in case they kept them in. They both have bronchiolitis, with Minky being a few days behind his sister.  Daughter has not had much sleep this week, so I had popped in to see them on my way home. Was trying to get photos of Dinky in her new toy, but Minky kept grabbing the camera and trying to chew it, so I took photos of him as well.  His hand was near the lens and I am behind him, I just liked this picture. 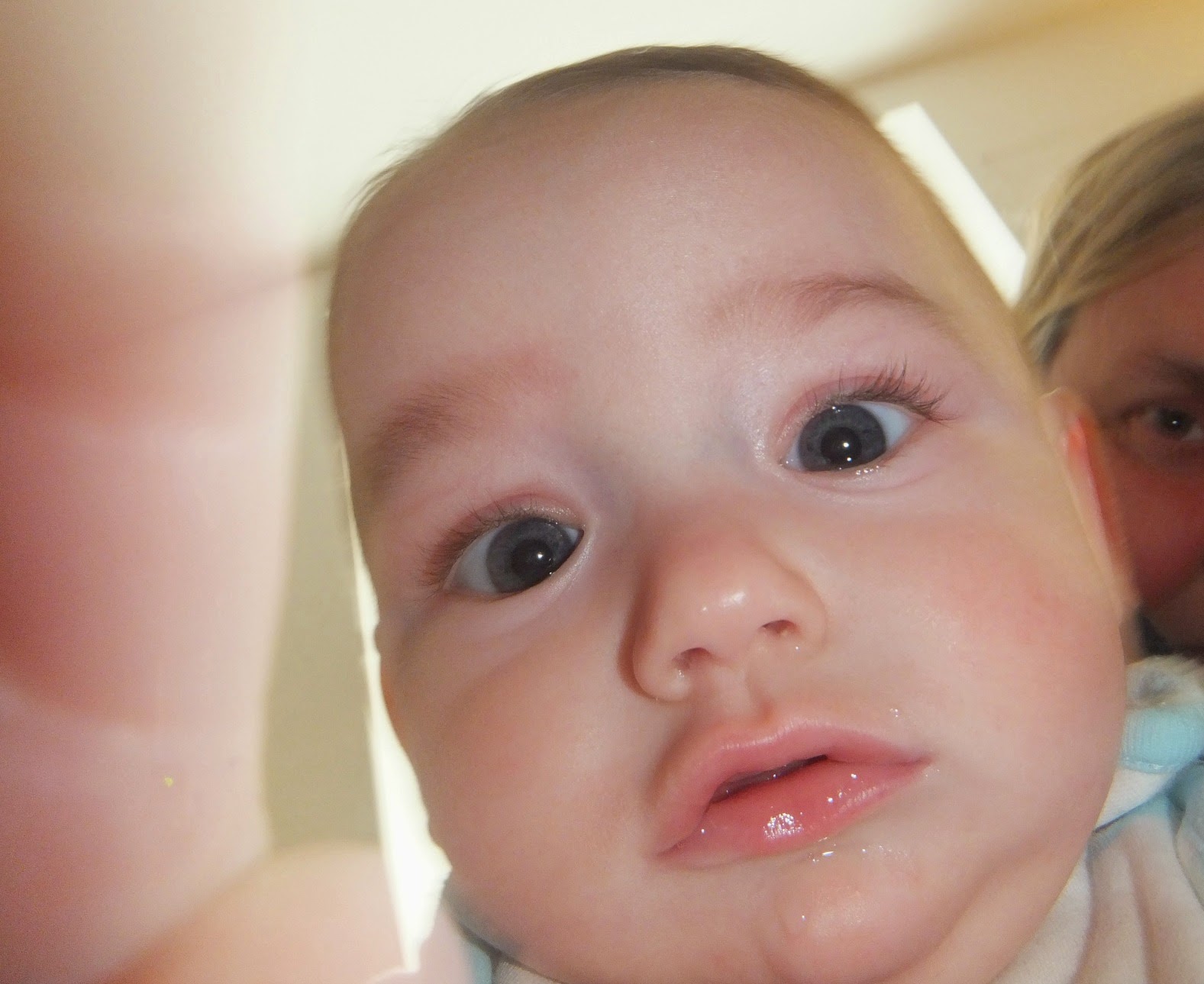 It was a beautiful evening and so as we have become addicted to geocaching I took the kids off to find a few up one of the hills near us. The first cache we found was at an old half crumbled kirk. We read some of the gravestones and the children decide they would be zombies, so here is Bob lying on a fallen tree being a zombie. You can read our exploits here 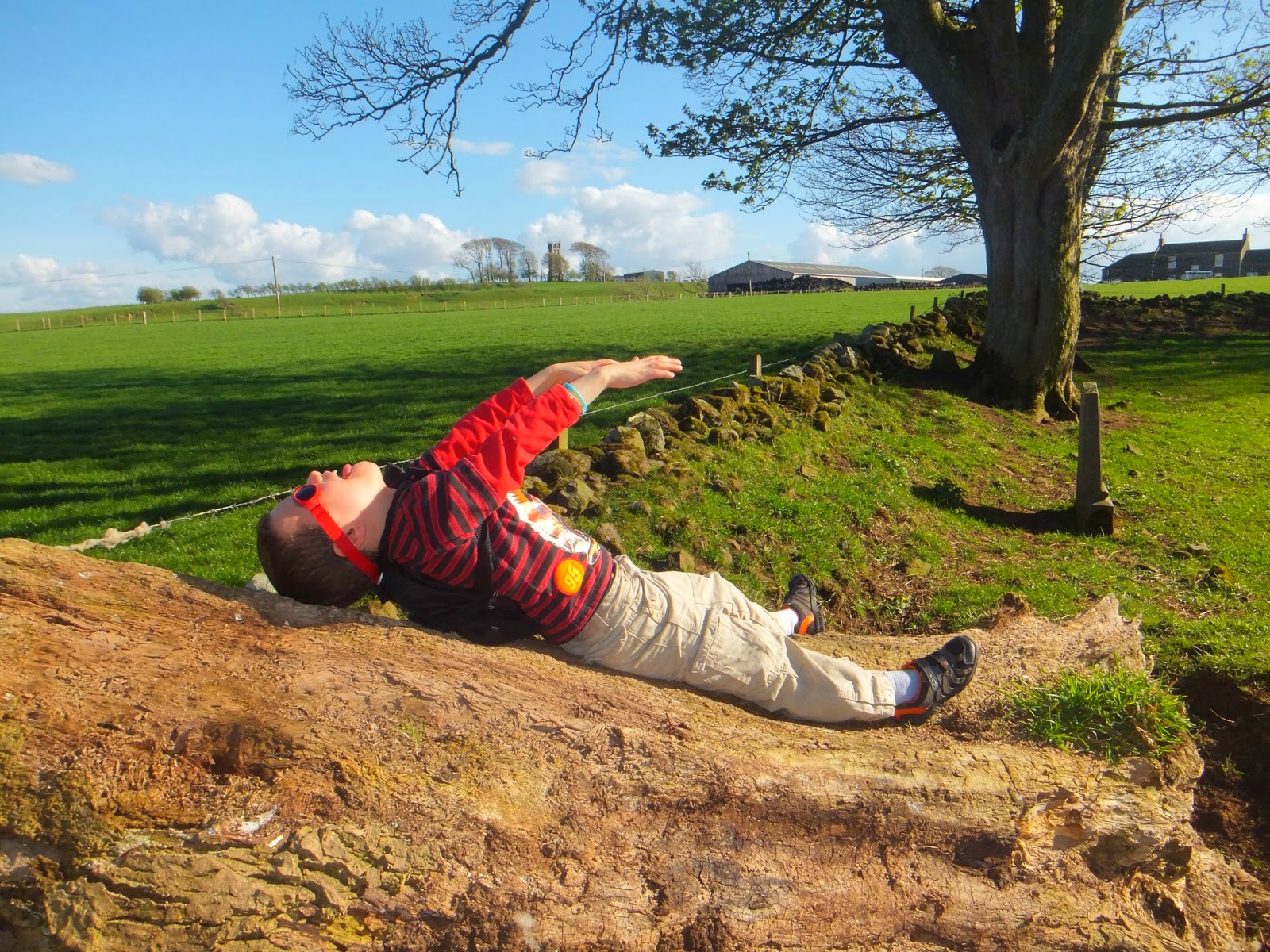 When we had been out last night, Fifi had seen a tree with white blossom on it, and picked me some as she thought I might like to photograph of it, so here it is. 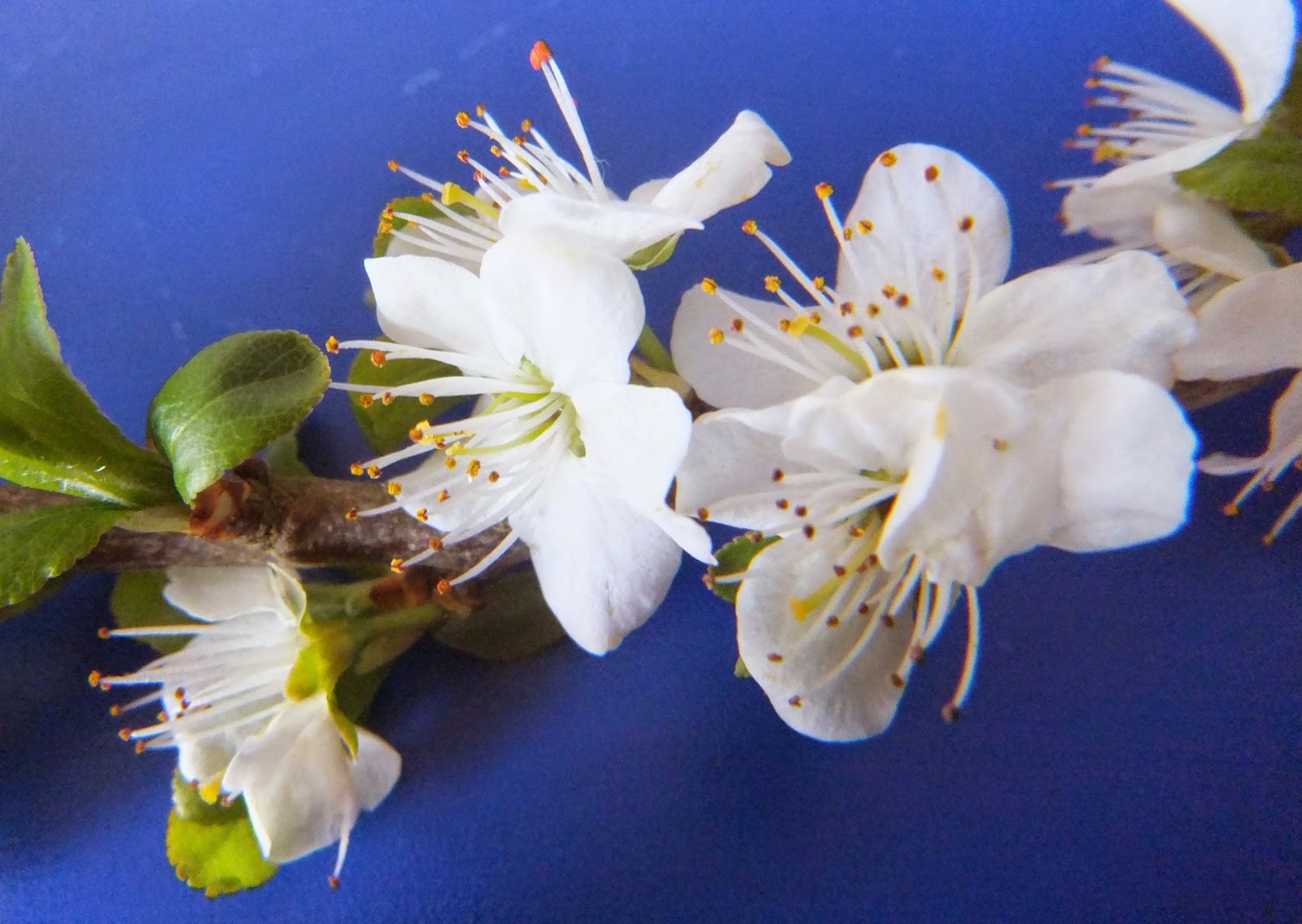 I had won a pair of tickets to see Alan Davies. As we could not go the evening it was on I asked family and friends if anybody wanted the tickets. So a friend of daughter No3's took them. As a thank you, which I did not expect, she bought me this lovely card, with a scented candle and a glass candle holder in a pretty gift bag. Thank you Alana. 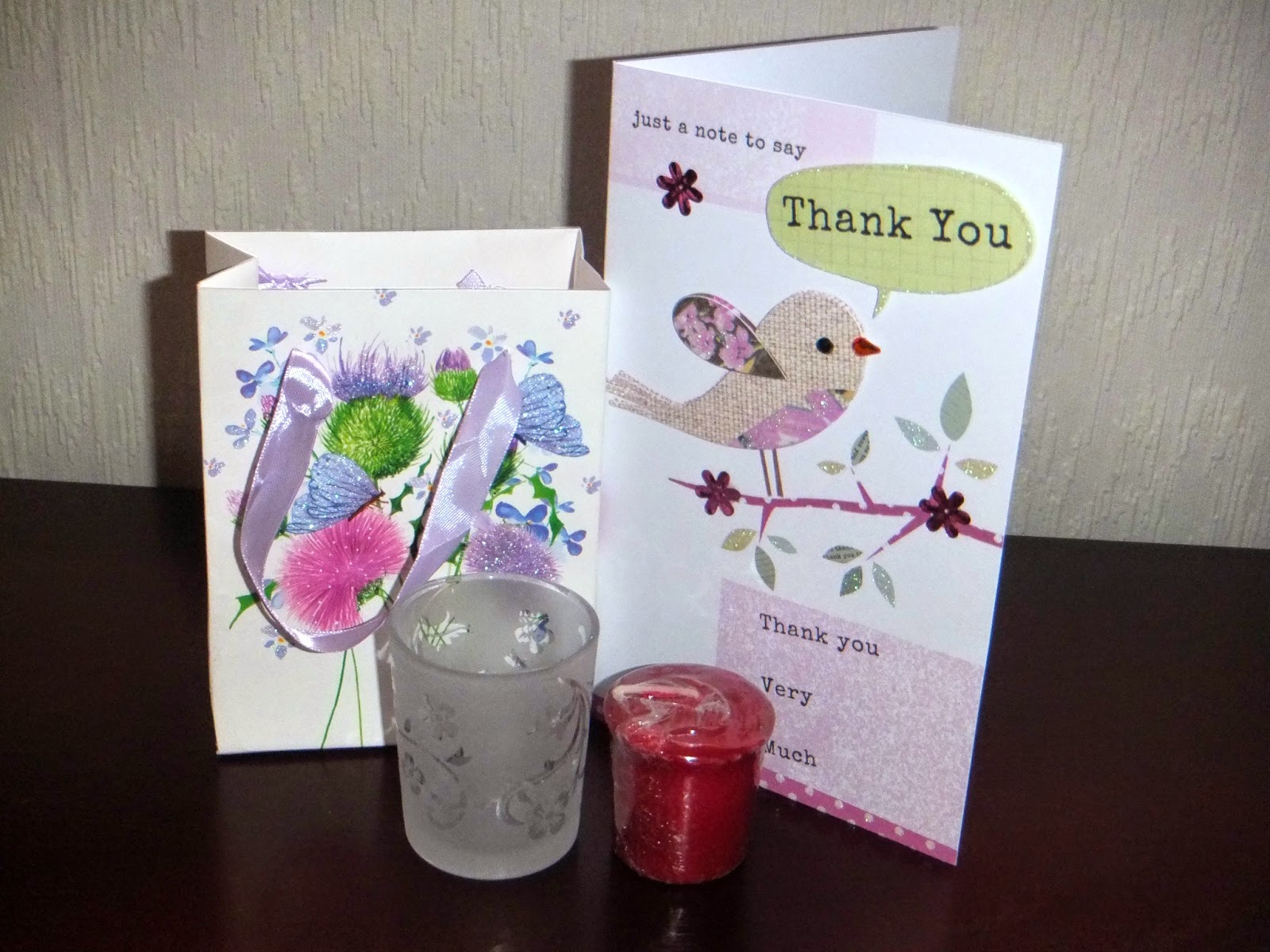 ps, while the older two were at Guides and Cubs daughter No1 brought the twins up to get her a break from them for an hour. I took a video of Minky babbling away to me whilst he chews Fifi's brown rabbit.


ps - me having a conversation with a very vocal Minky, he much more talkative than his sister.
Posted by fun as a gran at 22:28