A great start to the day. I make my own yoghurt, a litre at the time and store it in a large tub in the fridge. I took it out the fridge this morning.....and promptly dropped it on the floor.As a seasoned 365'er what else could I do but photograph it before I cleaned it up 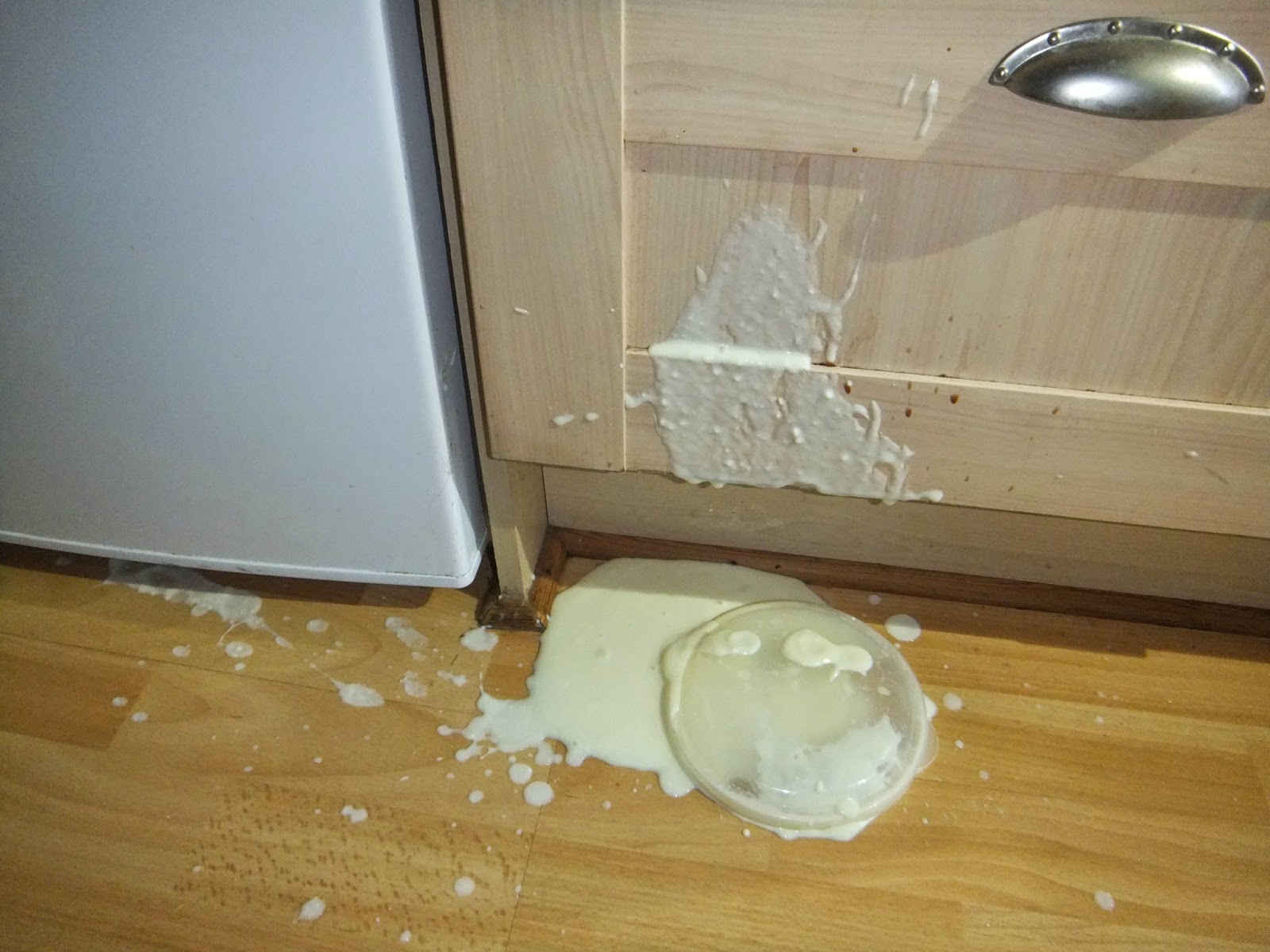 We never got chance last year to plant anything in the garden with moving house in June. I had big plans for this garden but sadly they are not going to pan out the way we hoped. The garden is not dig-able,the bit we wanted to use has bricks and chunks of rock in it. We have two choices here, a raised bed or leave it till we can afford chickens and put them on it, time will tell which we go with.

So when I was offered some gardening products from Wilko I chose bags for the potatoes, veg and strawberries to grow in as these can sit on the slabs at the bottom end of the garden. Hopefully next door will have their fence back up so that I can put up nets and canes for them to grow up. 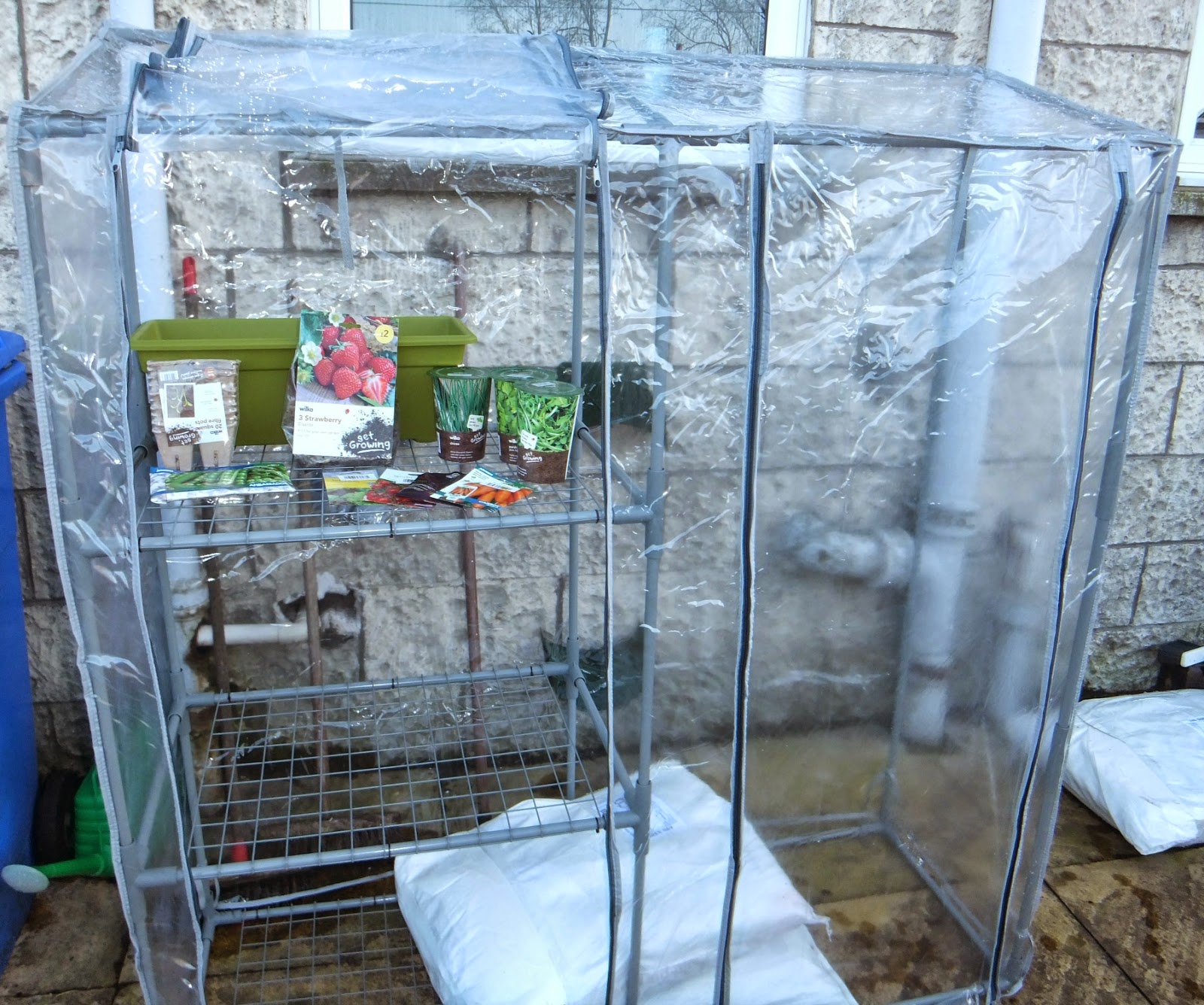 We picked up Daughter No3 and went off to visit a friend who recently moved to the far side of Stirling.
We went for a walk round Woodhill Wood while we were there. Didn't have time to go round all of it but it was very pretty.

Had to chuckle, the sun was out and so OH and Daughter decided to make shadow puppets....never to old...

Had been asked by a friend if I would give crochet lessons at the over 55 club that meets once a month in the local Salvation Army hall. So I went along today, met some very friendly people and started three of them off on hopefully their new hobby. Was a learning curve for me so have decided before I go back that I will make up some small examples of  varying stitches so that they can see what they are aiming at, and also going to print off some basic stitch instructions as well so they can take the equipment home and practice.

Here are three of the ladies during our wee tea break. I won a spot prize as did the lady in the white top. 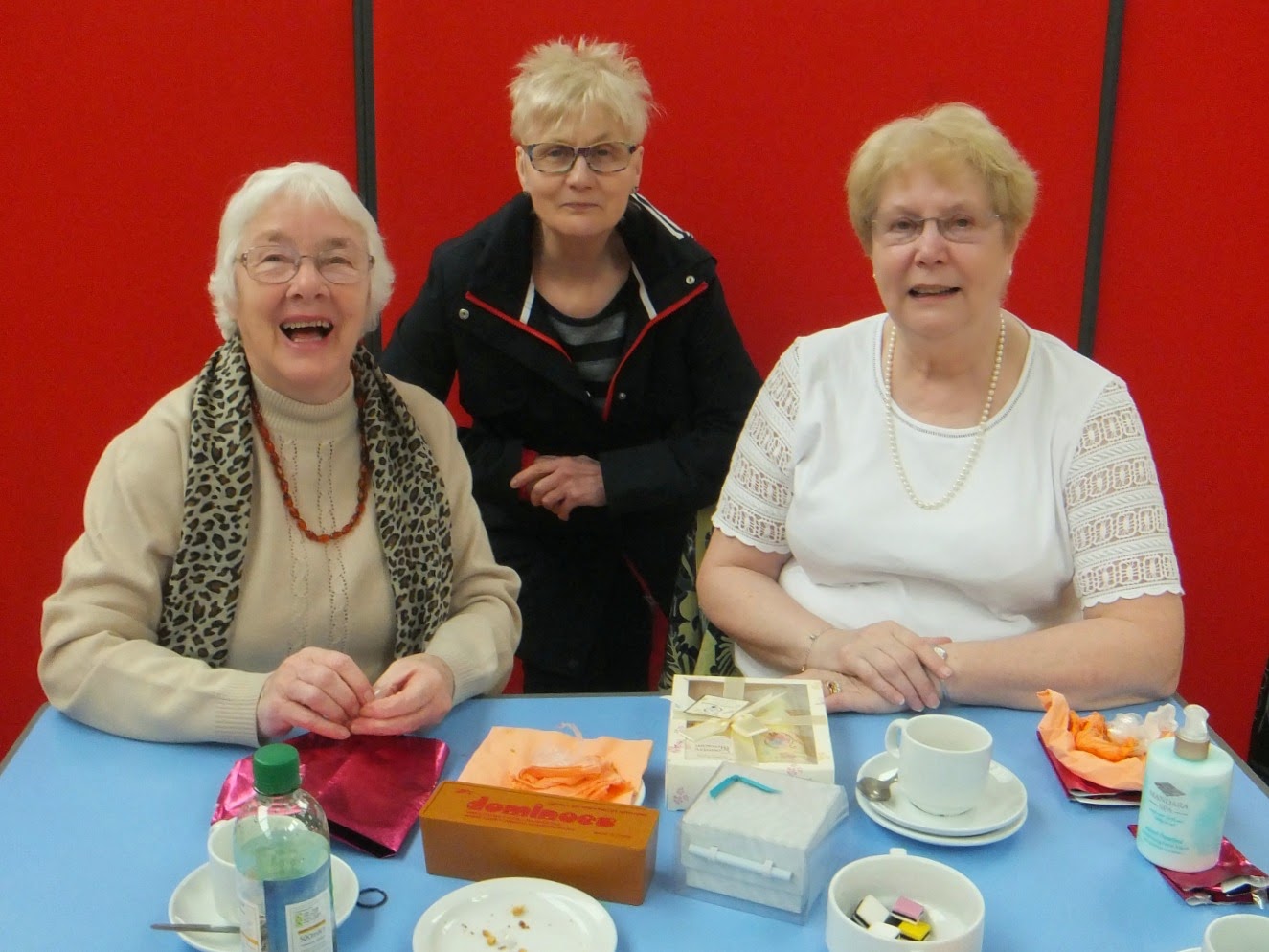 I had baked cakes for the children earlier today. The plan was they were going to design an Easter egg to decorate the top of their cakes with. But when I picked them up as it was such a lovely afternoon we decided to go for a walk, they were offered Failford or Auchencruive, they chose the latter.

But when we got there we decided on the spur of the moment to try geocaching. The kids loved it, we walked for nearly three hours, so needless to say the cakes were not decorated. You can read our post here if you wish to. They want to go back and do some more. will need to check my data useage but if I have enough may well go on Tuesday weather permitting.

As I had made the cakes for them to decorate, I had them back tonight to decorate them instead. I had given them a paper egg shape last night and asked them to design their own egg shape to go on their cake. Next Thursday is Bob's birthday so he wont be over to stay then which is why we have made them this week. 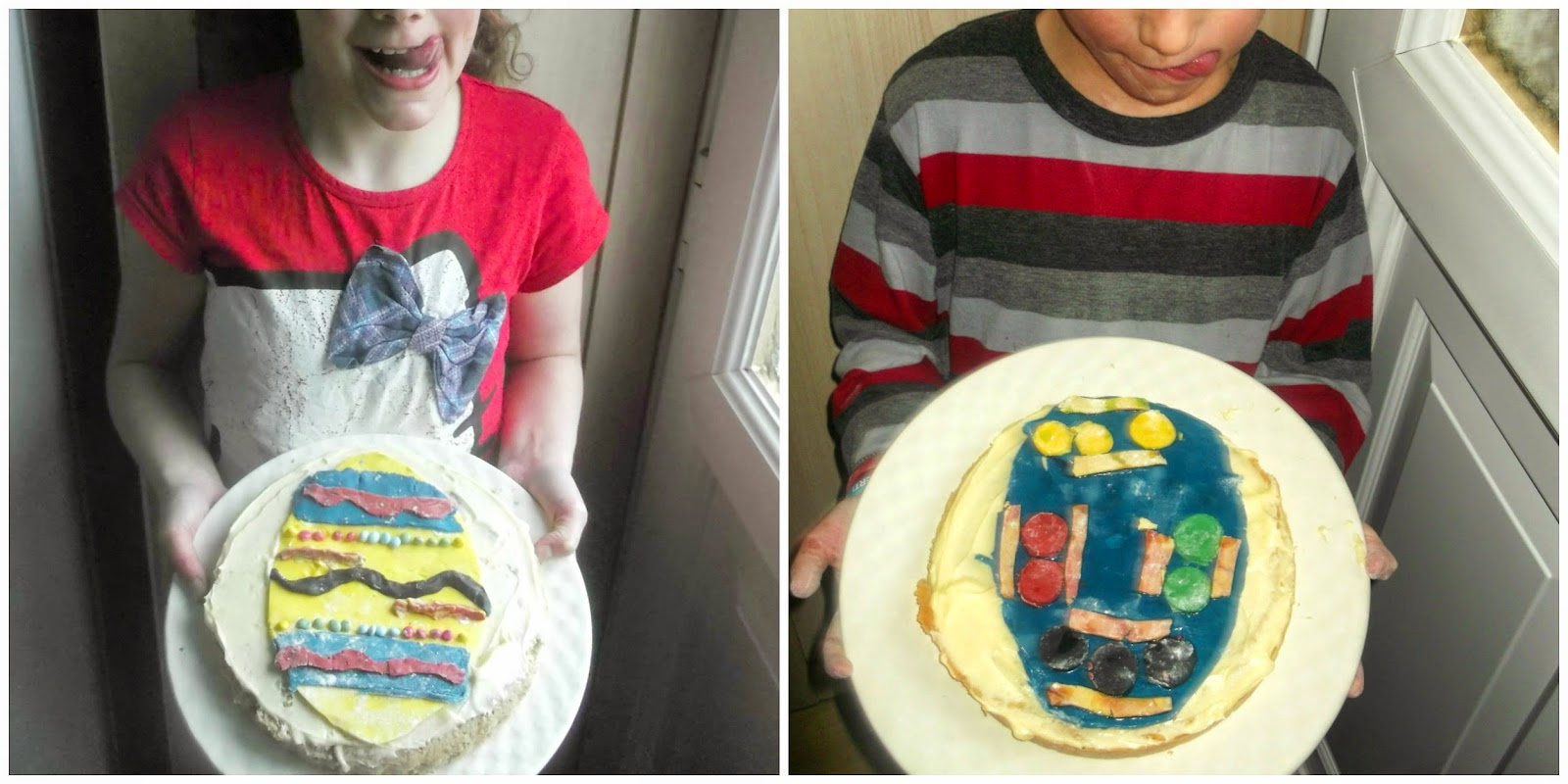 Away to work for another long shift, very few opportunities will present themselves during the day so here you have my typical breakfast.