I had tried Geo-caching on a whim last week, not to successfully I must say, but I had a notion to try it again and so panned to go out and see if I had any success, then I can take out Bob and Fifi and have some fun with them.

So when a local Facebook friend of mine also said she fancied trying it we decided to meet up and see what we could do. So we decided on ten locally that went round in a circle from where we were starting.

We printed off the directions and the hints and clues and set off.

But for the first two we could find no trace of whatsoever. We hit on two problems, firstly we were under trees and the phone coverage was not good on Scampbeast's phone and on mine the caches were just not showing at all.I could not understand this as when I had first tried it even under tree coverage I had managed fine, but then I was over 600ft higher up.   We spent over an hour looking for the first two with no luck. We were grateful at this point that we had not brought the children as they would have been fed up.


Until eventually we managed to find one. This was the third cache we looked for,  it was camouflaged and up in a tree right round the back, May well be harder to find in the summer. This gave us a huge psychological boost and the will to go on.

So we wandered back to where we had left the car and set off to our next destination, Rozelle Park. Thanks again to Scampbeasts phone we managed to find the two that were available.


From here we heading back round to Castlehill woods, this was proved more of a challenge as even Scambeasts phone struggled, mine by this point was hopeless. The second one that was up there we could not get to show so we gave up on it.

As you can see my phone just would not show the cache points for whatever reason. It would not track my distance either. Any body any idea why? 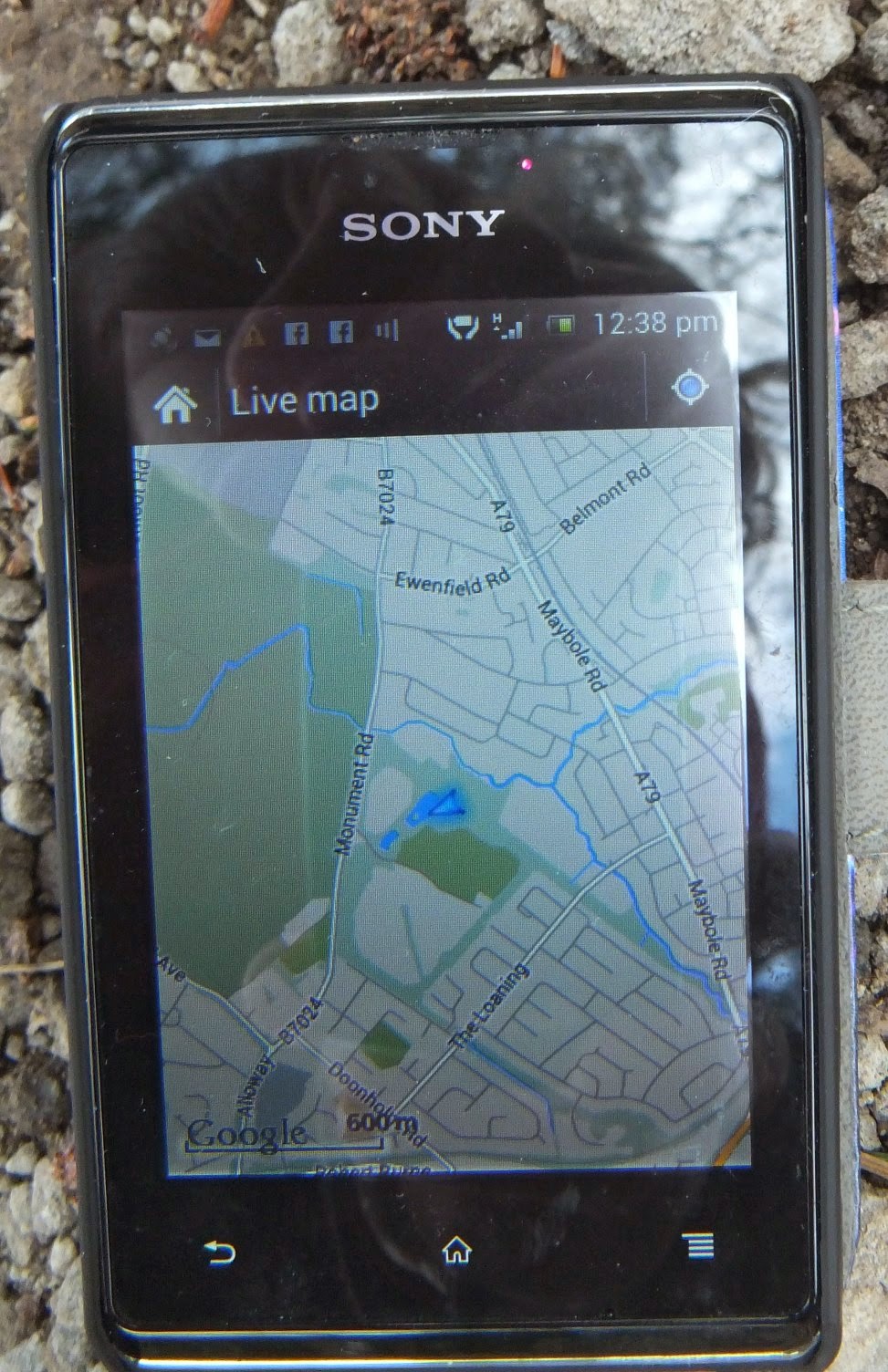 Unlike Scampbeasts which showed the cache as circles and where we were as a blue arrow. 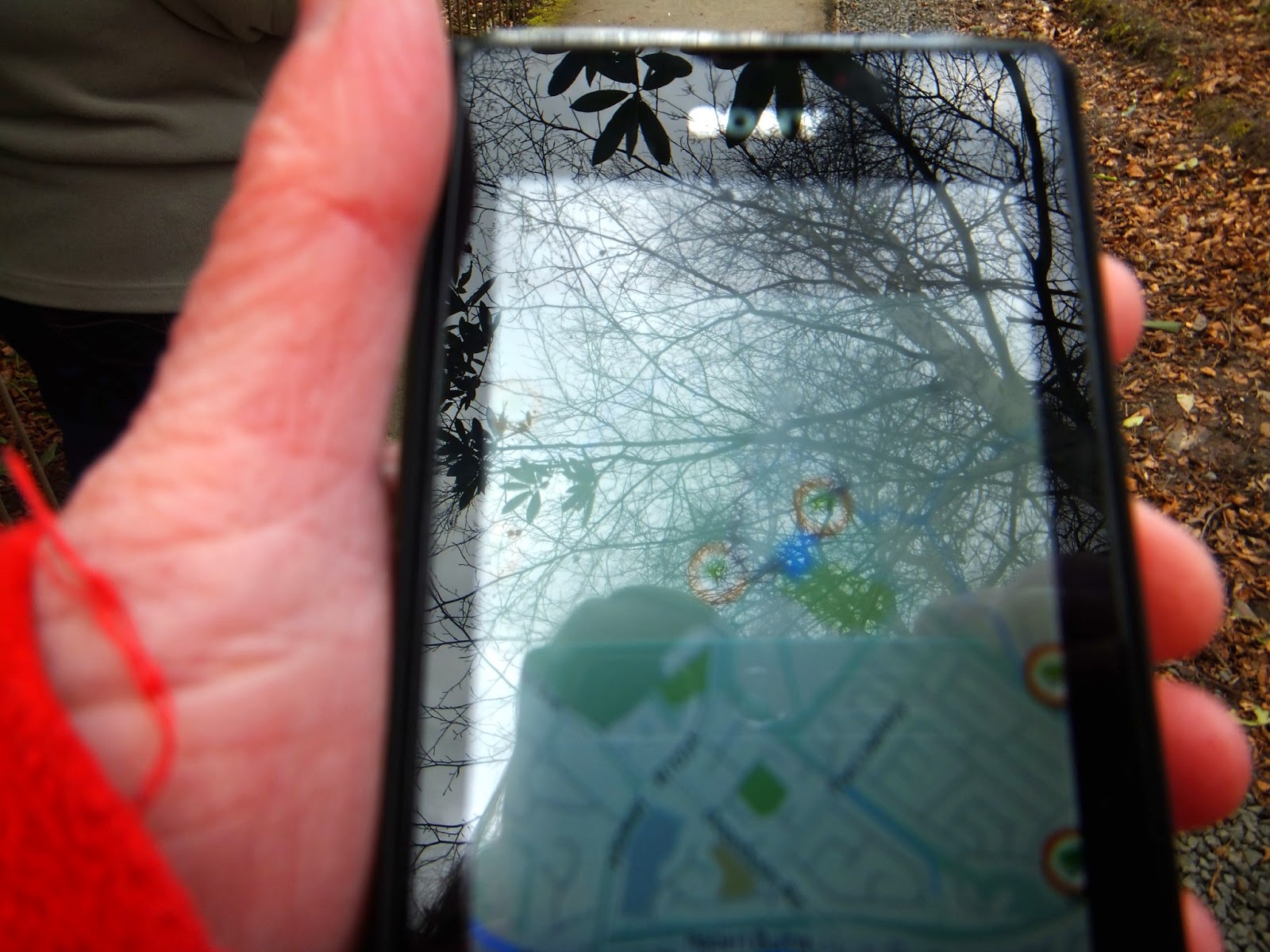 This does have its upside, it got us out and walking and seeing some of the wildlife in the local area.

We did enjoy our session, but next time we are going to try more open areas, find some of the caches, and then take the kids to ones we have previously found and give them some fun and a sense of achievement.

Anybody else ever tried it? If so how did you get on.