Bugs. ducks and a river = lots of fun

I went to pick the children up as usual on Thursday, it was a glorious evening and Fifi was not in a stroppy mood as she had been the week before. So I decided I would pop them in the car and go and do some geocaching up Auchincruive Estate, we are slowly finding them all along here. But daughter was at a loose end and decided she would join us.  Was not sure how many caches were along the river that we could get the pushchair along but we all set off anyway.

So we parked up and all piled out the car, and headed for the start of our walk. The estate was bought over a year or so ago and a lot of the access points have been sealed off. So the only way in for the twin buggy was up and over the small gated entrance.

So we toddled off . Fifi had brought a bug magnifier that lives in the back of the car and decided she would use it. She picked various flowers to look at to start with. Did you know buttercups are hairy underneath? 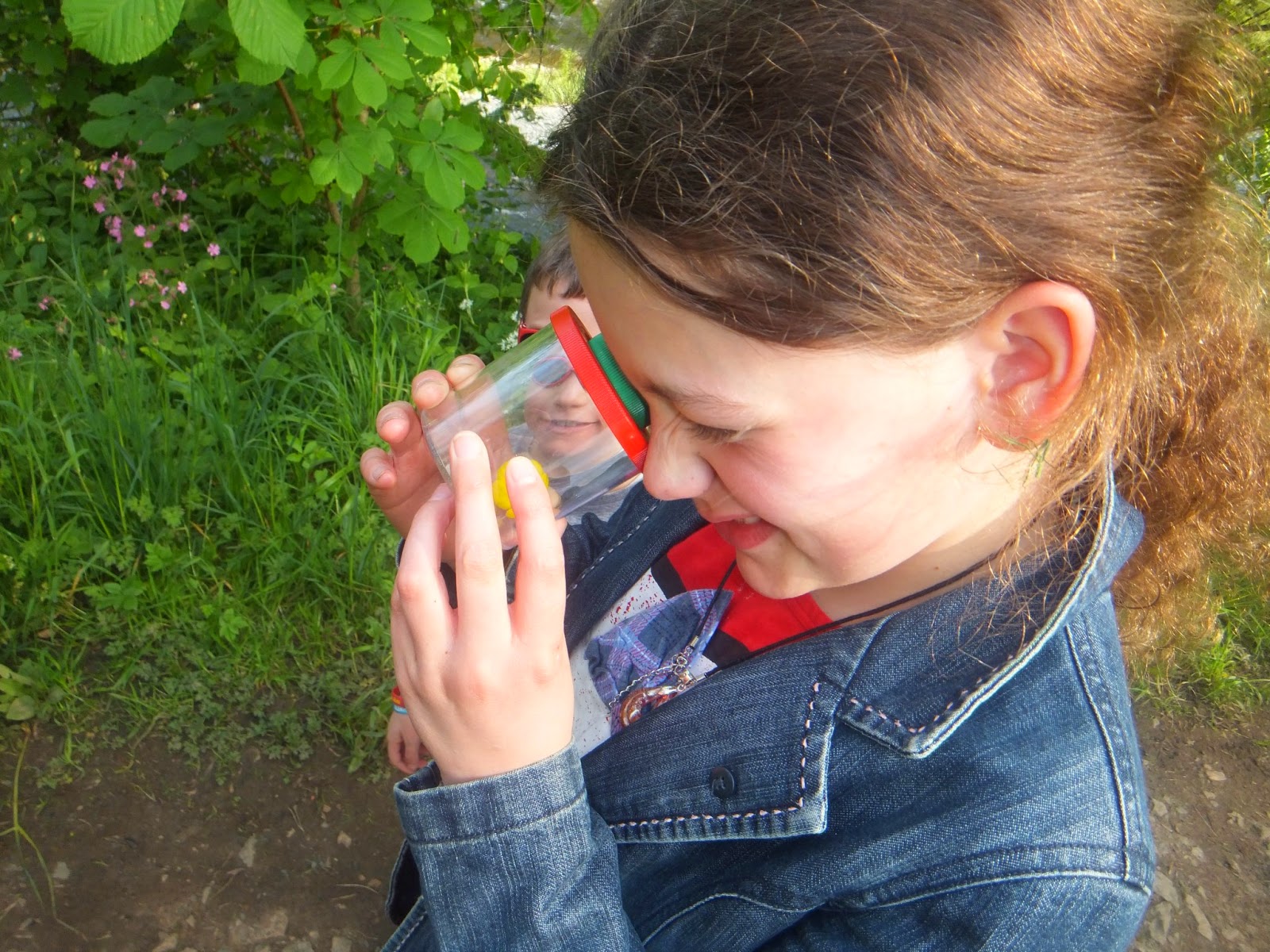 They were running about trying to catch flying insects, so we got them to look closer to the ground. We spotted a small spider in its web so they had at look at it. I steered well clear of this one, I don't do spiders in any shape or form. They discussed it being an invertebrate, I did ask Bob had he dissected one to look too see if it had a back bone or not. We had to explain what dissect meant, but another thing has been learnt.

They looked at iridescent beetles and worms.

We were along side the river here and spotted a drake. Daughter pointed it out to the children and asked Bob was it a boy duck or a girl duck, he said a boy duck, so silly grandma asked him how he knew the difference, to be told the right answer.

As we wandered on I passed Fifi the GPS machine for her to see if there were any cache's close by, but all that were close were across the river on the other side, so we just put the machine away and enjoyed the walk. I will get them out using it this week if it is nice. 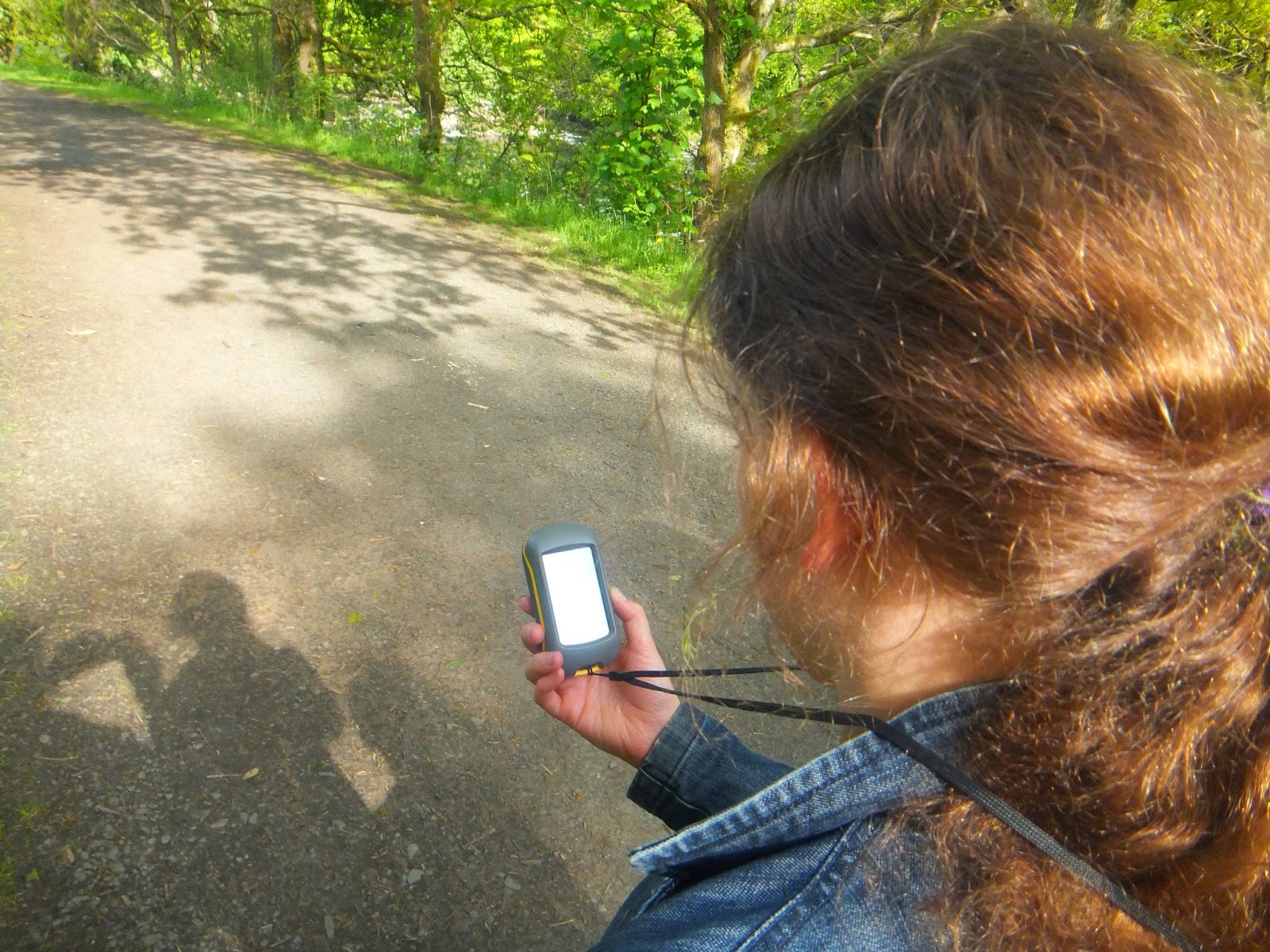 As we walked further along the children and I wandered off the path into the woods to see what we could see or do. They found a row of cut down logs that became stepping stones across a crocodile infested river

Back on the beaten track and we went down to the river to spend time throwing in stones. Fifi  was looking for flat ones to skim across the water and managed two or three bounces and was pleased.

Bob could not manage to get them to skim, so he was just getting them to plop instead.


We passed dying ivy where it has been cut away from the wall to stop it damaging the wall any more than it already has.


We discussed names of various flowers, and the forget me not was a new one to Bob.


Then Dinky woke up and wanted out to see what was happening, so I carried her back to the car.


We spent over two hours down on our river walk, and they thoroughly enjoyed themselves. You don.t need to spend money to enjoy children.