Well I have had quite a fun packed week, quite a few days out geocaching, have seen the grandchildren four days this week, and spent a pleasant afternoon strolling along the river with daughter No1 who came round with some very exciting news this week.....no no she is not pregnant again....all will be revealed later.

As is the norm a long day at work for me, so my pictures are not too exciting. These were the flowers we bought as part of our #MorrisonsMum spend. Still going strong even yet. 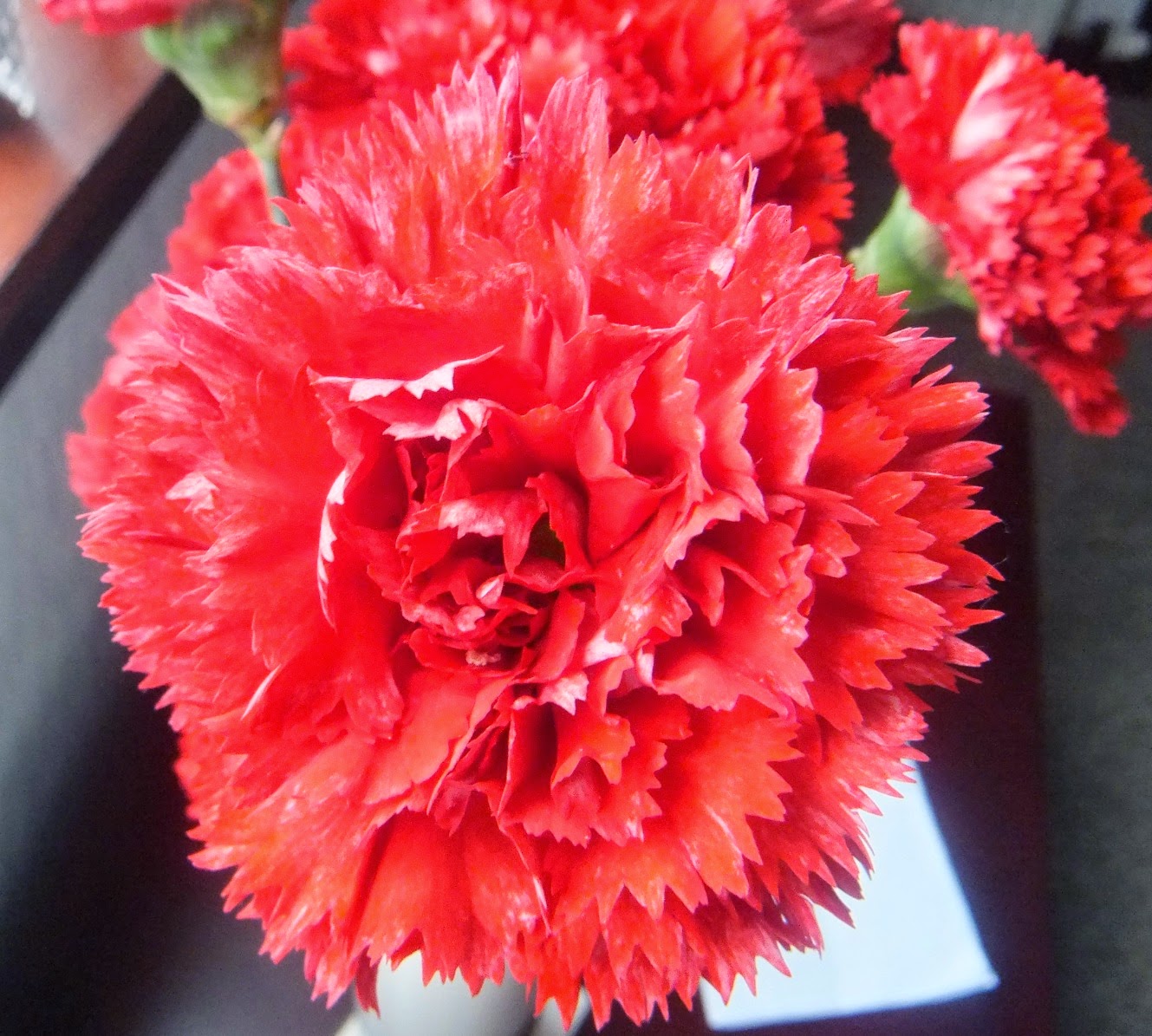 I have been doing a fair amount of overtime lately, and have taken on holiday relief for a second job. So we had decided to do something specific with some of the money, so we did some research and treated ourselves to a GPS machine. Was gonna cost me nearly half of what we spent on this to unlock my phone to get a better data package, so we decided in the long run this will be cheaper. We all love caching, and this makes it easier to do. Will do a review on it once I get better acquainted with it, but have to say for geocaching it is brilliant.

On Tuesday evening the twins get bathed, that is their daddy's night off work, but SIL wasn't off today and Fifi was away with the school to Glasgow to wee Wicked so there was nobody to help with bathing. So they were brought round and I did Dinky while their mummy did Minky. This is the first time I have bathed either of them.
While we were busy bathing them Bob took his chalks out the back door and did some pavement art.

Well here is our exciting news. Daughter No1 turned up with four beautifully dressed children just after tea tonight to tell us some news. Fifi proudly informed up mummy and F had got married at 11am that morning. She had always said they would just go off and do it, no fuss, no stress just her, him, the four children and their two witnesses, and tell us all when she got back. So they did just that.

Congratulations to them and I hope they have many happy years ahead of them. He is a great guy, brilliant with all the children and loves her and them to bits - what more do you need? I am delighted for them.

I did have some geocaching pictures but I felt this was much more important!!

I had promised the children on Wednesday evening if it was nice when I picked them then we would go out caching. It was a beautiful evening so I was going to take them as promised. Then Daughter No 1 asked could she come as well. So we all set off. This ruled out the route I had planned but it did not matter we took the easier route. Needed to lift the twin buggy over the gate at the entrance as the roads are all fenced off now.
But we ended up looking for bugs and other things to pop in the bug viewer. They ran off into the woods and played down by the river. They had a ball, blog post to follow.

We saw on the geocaching website a "May meander" along the river Ayr being organised. Last months one was very far away but as this one was local we decided to join in. Was suppose to be an eight mile meander, it turned out to be over 13 miles and meander is not the word I would use for it. It went from river level to up steps and slopes way above to back down again. I was for packing it in at the four hour mark when we stopped for a toilet break and a drink in a local pub, but was assured only two more miles to go so I decided to go for it. Let me just say it was a lot longer then two miles, we walked up and down and past and through for another three hours. We were walking for seven hours in total. The last hour and a half I had lost the will to live, but as we were miles away from a recognisable road there was no choice but to carry on. Not sure how I managed to pout one foot in front of another but I did.  We got home at 10.30 pm having left the house just after 1.

Every trip out like this there is an award made to somebody who joined in with the walk. I received the one for the walk yesterday, makes up for some of the exhaustion.