For Bobs birthday present I had bought his tickets to go and see a musical based on Dr Seuss put on by a local drama group. He thought it was great, I moved his car seat into the front of the car, just him and I went along and we stopped for chips on the way back. Here he is reading his program. I did write a post about it last week, its here if you want a read. 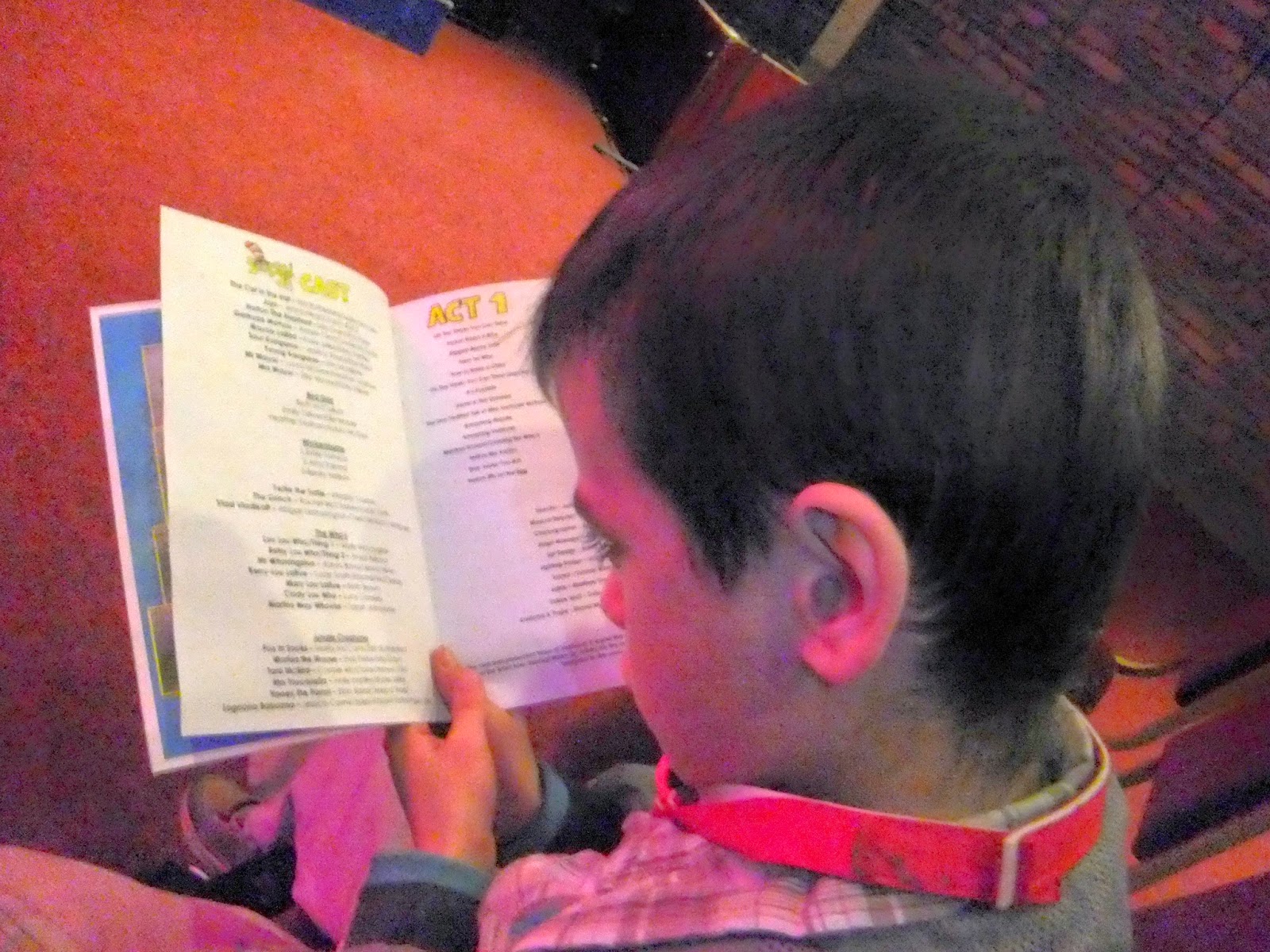 We went geocaching up Auchencruive (for a change) there is so much open space to see and so many caches to find up there. You can read how we got on here Bob wasn't feeling overly well and daughter was going into the town for some shopping, so he asked could he stay with grandma. Here he is out the back door. Granddad had taken out to teach him how to fish. He actually did very well I was surprised how well he picked it up. Now they just need to go and practise near some water. 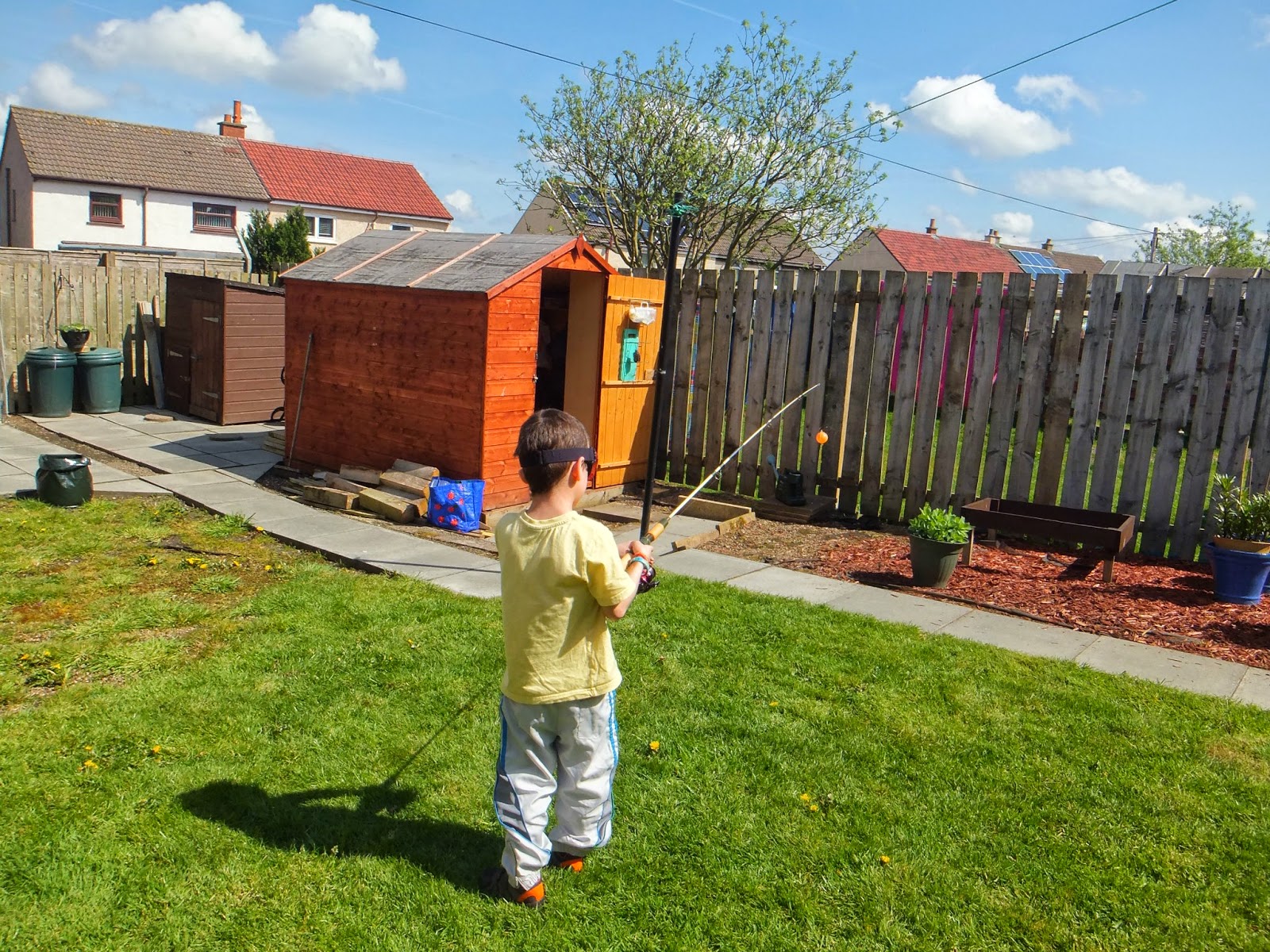 I had wished for some rain so that I could get a chance to stay in and do some stuff that was needing done indoors. Well it certainly rained, and rained and rained, it was bouncing back up off the pavement and running in rivers down the street. 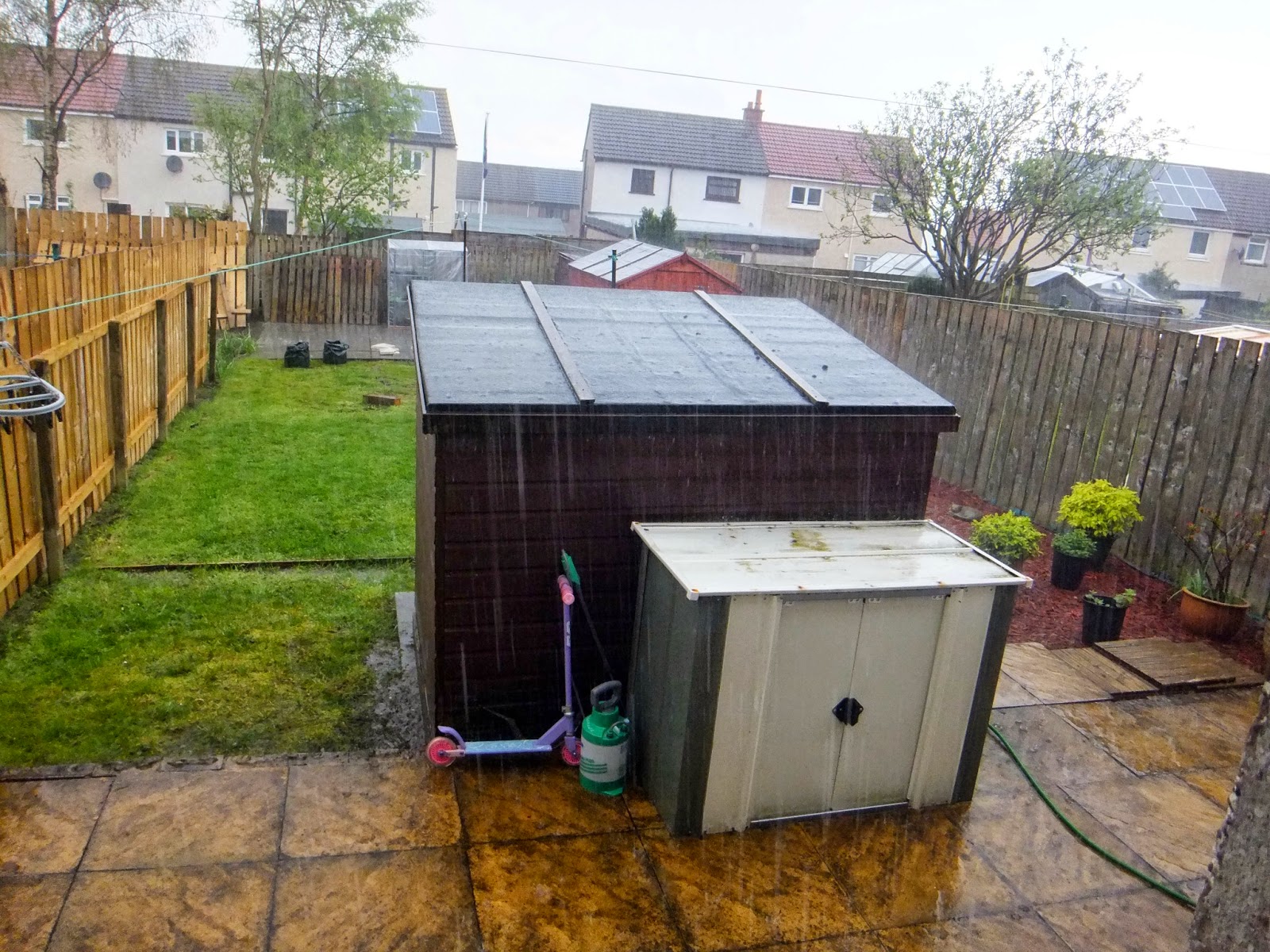 The older two have not been feeing great this week, and so they opted to stay in and play board games rather than go running around the park. Auntie H had dropped off a huge box on Knex bricks and the children amazed me how well they did with them. More to the point thye played with them for nearly two hours and still were not bored. 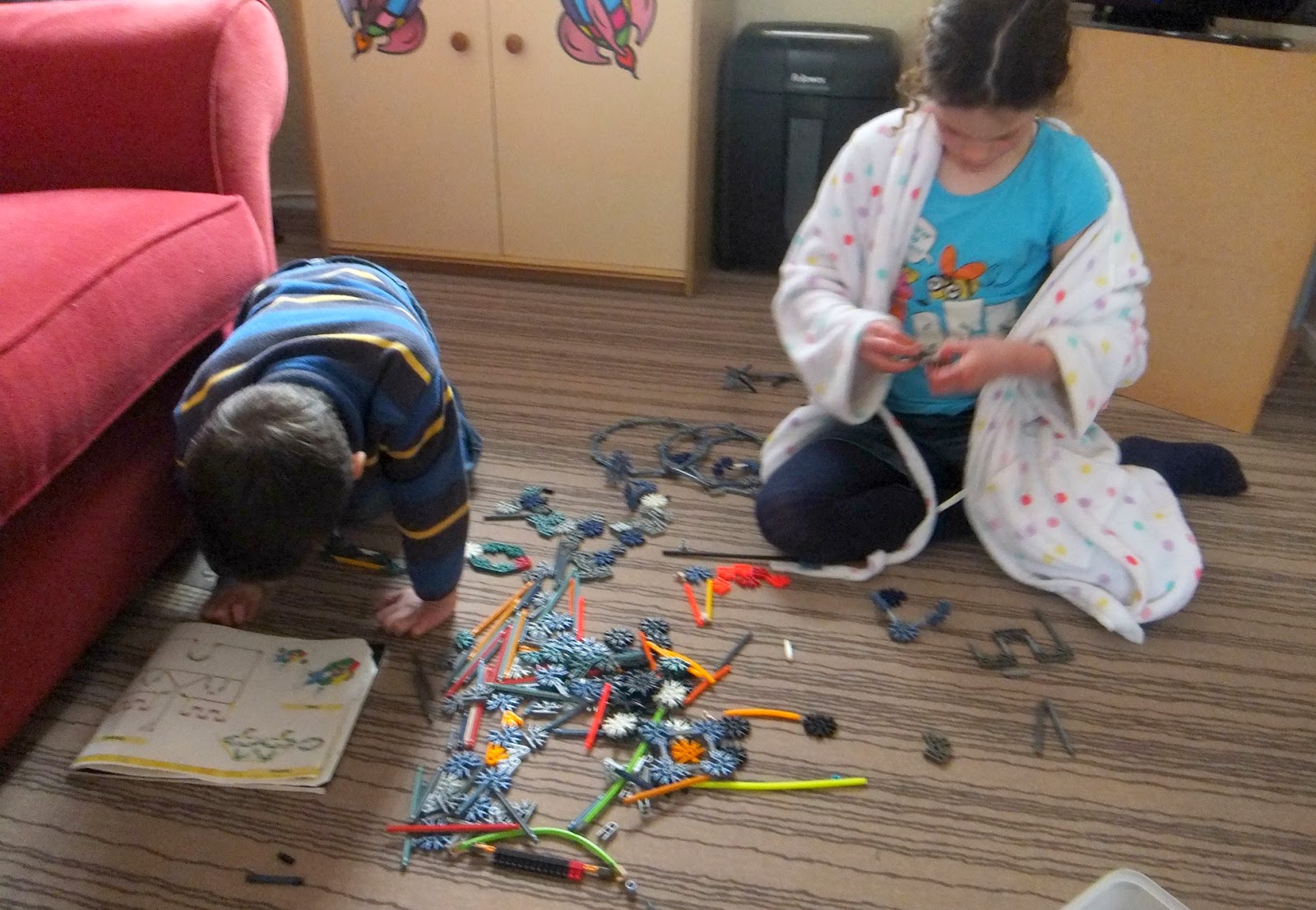 We had out barbecue tonight, courtesy of #MorrisonsMums. A fun and pleasant evening was had by all, post to follow. But I just Dinky was so cute lying on her mat while we tried to put her cape on. 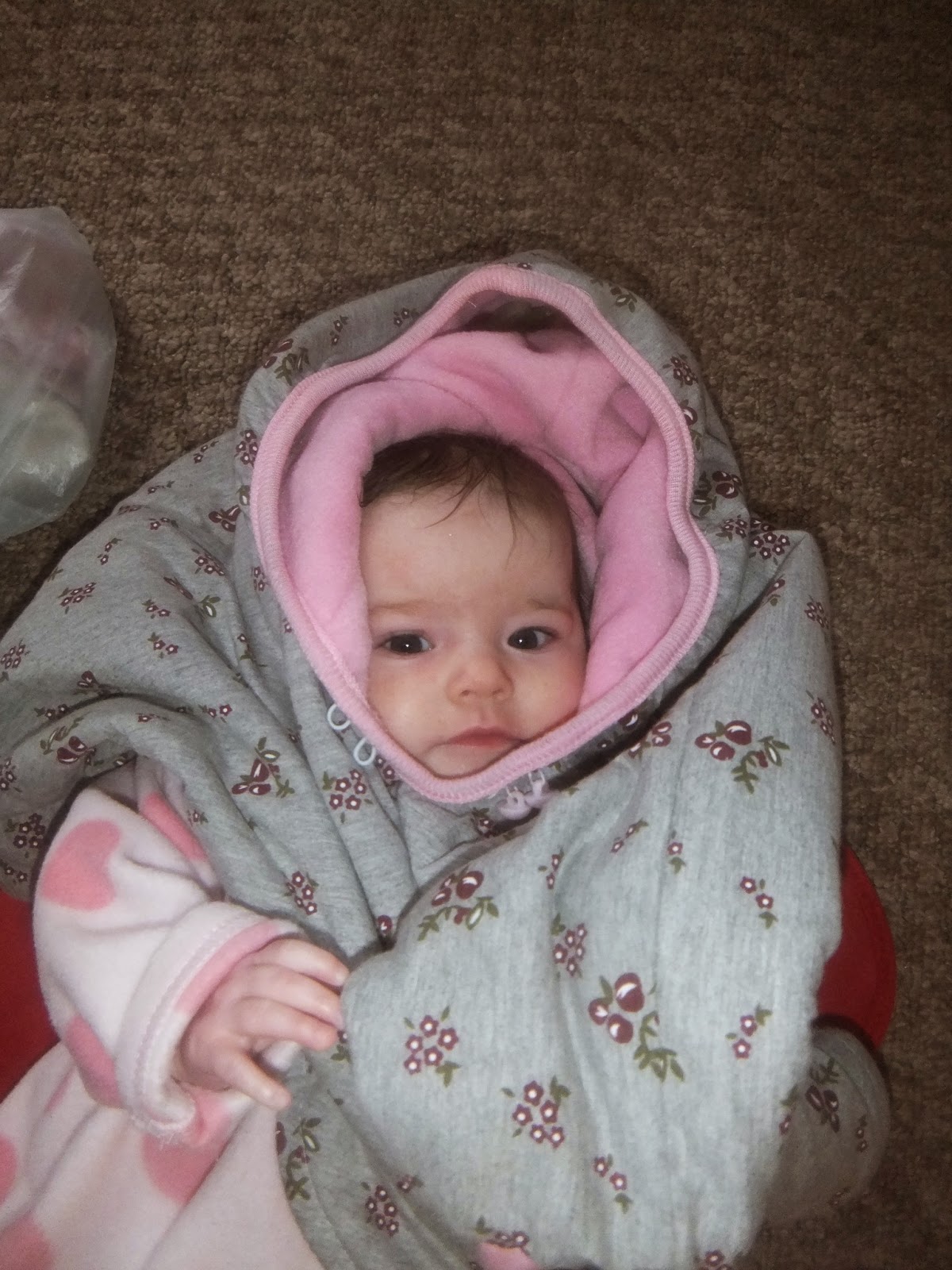 One of our guests at the barbecue last night was uninvited, not unwelcome. She lives miles away down the coast so I never thought of her wanting to come. But she turned up and said she had invited herself. Later on in the evening we were talking about laminaters and certificates when she said she wanted a certificate for being the first gatecrasher we have had since we moved in, so here is her certificate. 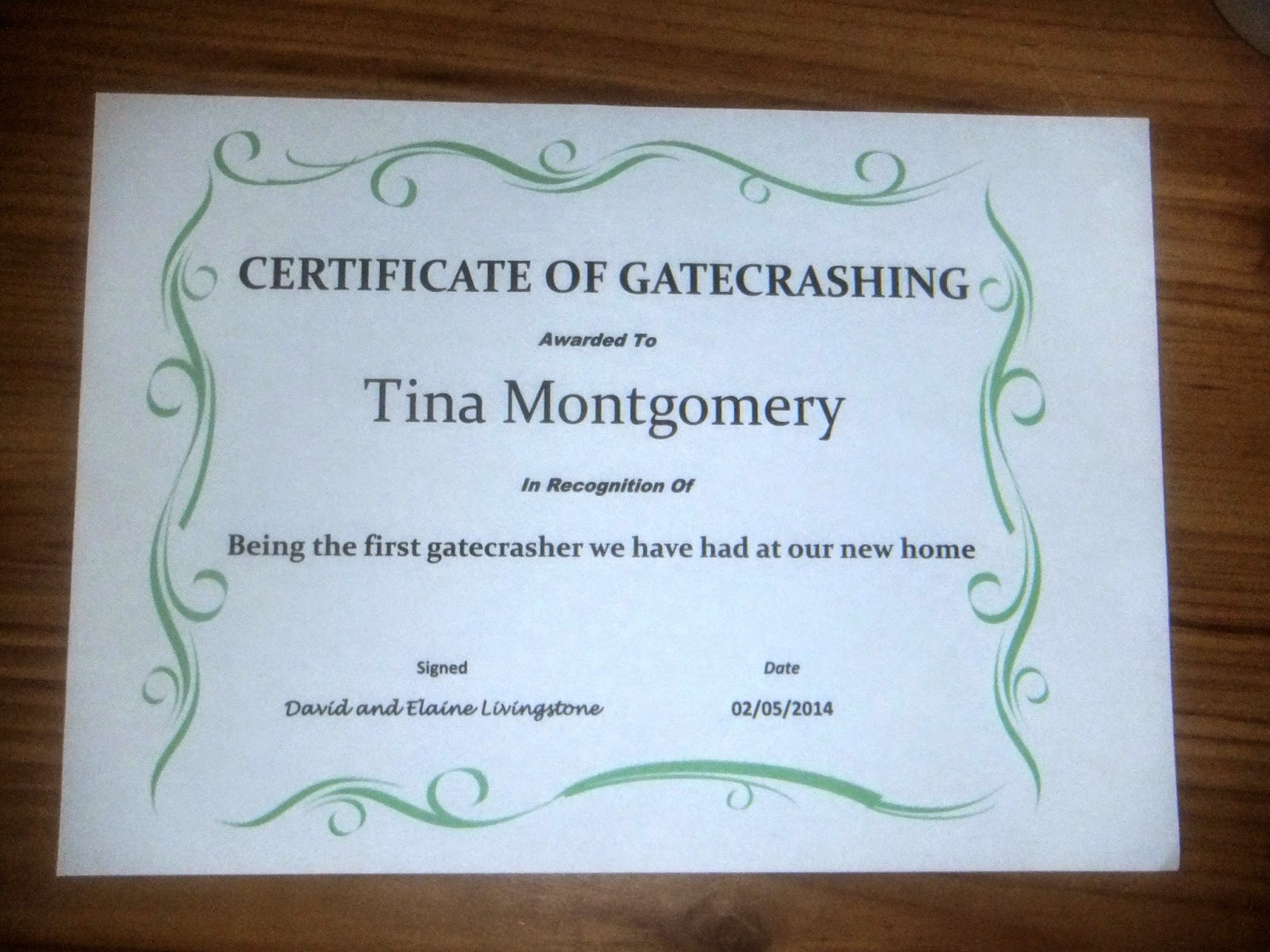