Im the Queen of the castle.

On Monday night I had both the children, don't think they actually had a choice as their mum was busy trying to get ready for Bobs party, and so they came here.

We went back of to my friends cottage as everybody loves it and they like the company and the fun the children bring to them.

We as usual wandered off across the fields, had been going to go down the road at the side of the cottage to see where it would lead us but it has a private sign up so we couldn't so we came back and ran off through the woods.

They practise walking on a balance beam, he did make it all the way across 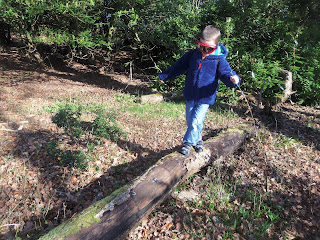 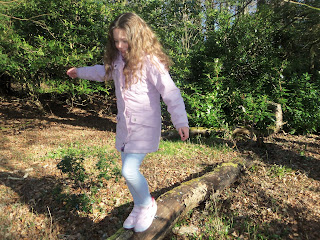 She found a huge branch and decided to be an Olympic flag bearer. 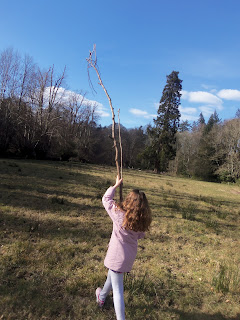 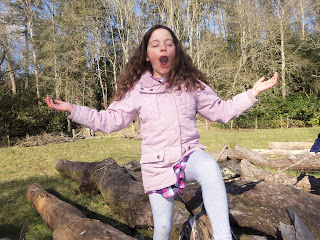 We found a bench half way round our walk nicely situated to overlook the river bend. 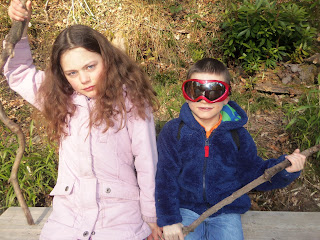 Bob was looking for small creatures that may have been at home. 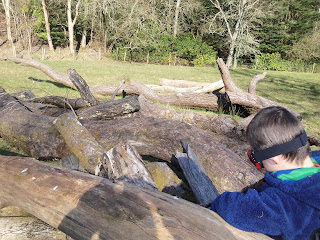 We came across a gate that said private no entrance, we were quite near the big house by then so we set off up the steep steps to see what was at the top of the hill. 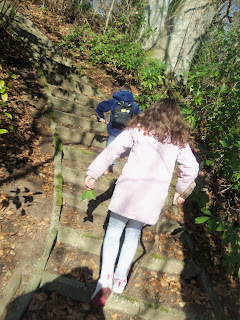 They found a pile of logs to climb all over and decided this was their castle and they were King and Queen and I was the servant that had to do as I was told. But I was a naughty servant and kept chucking the Queen over my shoulder and threatening to drop her head first into a mucky puddle. 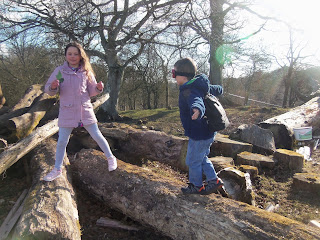 The Queen surveys her lands. 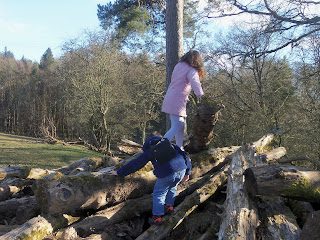 We then held hands and ran down the hill back to the river and the cottage.