We went on a bug hunt.

We pop up to the cottage for our usual Monday night visit and decided we would take Bob down to the gruffalo tunnel we found last week. It was quite a steep climb down to, and back up from there as it was down at river level.

Some of the ground was a bit rough and Bob needed a help to get through some of it. This lot was masses of bramble bushes and just too high for him to safely walk through. 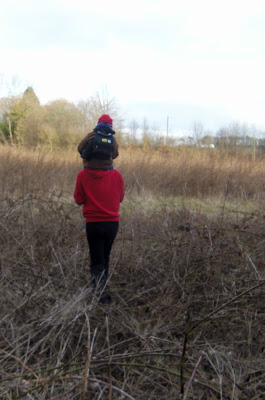 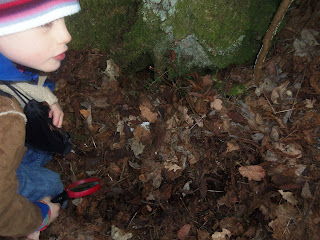 We decided as we were going bug hunting we needed a magnifying glass to hunt bugs with. We rifled through masses and masses of dead leaves, we broke up pieces of rotting wood, look under logs and in holes but for some strange reason there seemed to be nothing alive. 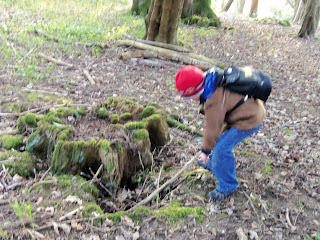 we managed to find one worm and two wood lice. 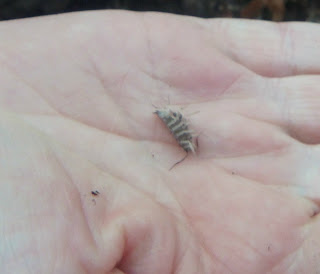 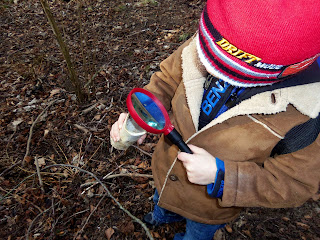 Further evidence to strengthen the fact gruffalo's live here we found a bone from one that Bob had to inspect. 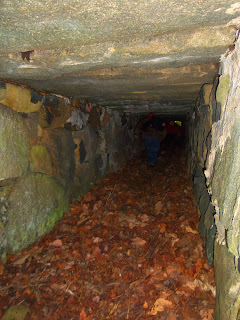 They are in there, honest, zoom in a bit.

and back out again 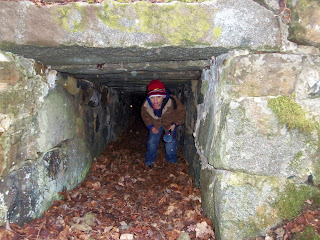 We found various types of feathers that we played with. We were throwing them up in the air and blowing them to make them float and fly. Bob also asked us all to make a wish, close our eyes and blow them away. 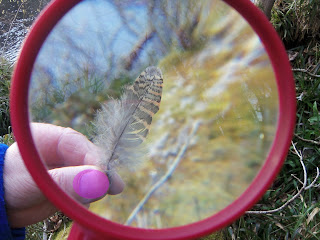 Some of the feathers had nice patterns on 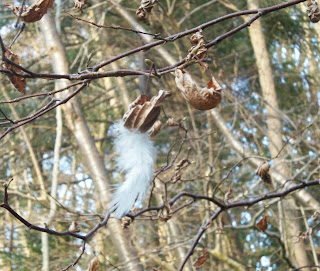 others got caught in the trees.