The improvements in the garden

One of the upsides to this loooonnngggg hot spell of weather is that OH has been able to get out into the garden and do some clearing, cleaning and tidying. The downside to the long spell of hot weather is is it  far too hot to work in the garden. I think since we moved in five weeks ago we have had just one day of rain.

So OH has been out in the garden making a huge impact just by cleaning, clearing and tidying.

Stage 1 - putting up the fence that was lying down 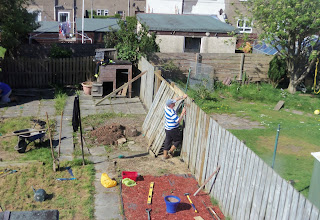 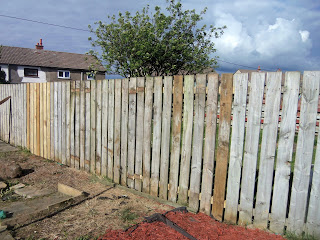 Now the fence is up the shed can go where it was lying, building the base 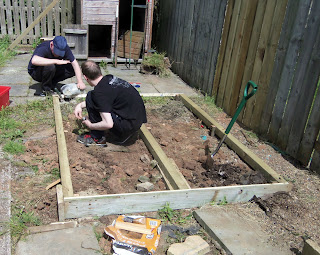 ready for the shed 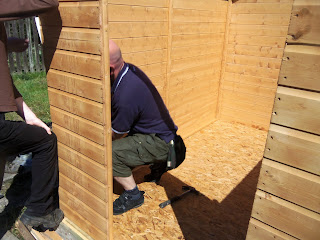 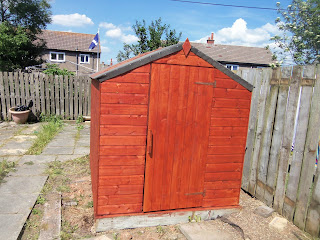 with plenty of nettles on the slabs at the top end, notice how grubby the slabs are 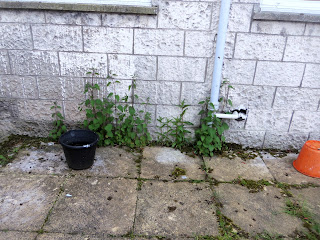 Next step was to clean the slabs in the front garden, from this 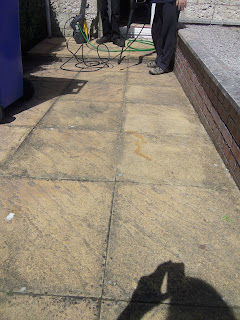 to this, the ones near the steps are grubby cos all the water ran towards them and there was nowhere for it to go.  Since this was taken we have pushed it back more 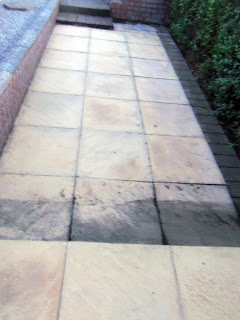 and the edging stones were done as well. The wall is going to need re-pointing before it collapses under the car one day. 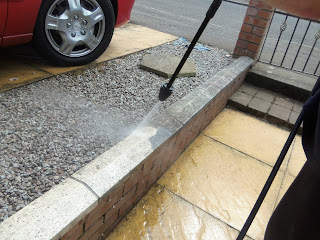 Then the back was done. Again a huge difference thought the back ones are going to need some sort of patio cleaner to get them properly clean, but at least at the moment they are not going to be dangerously slippy as they had been when wet. 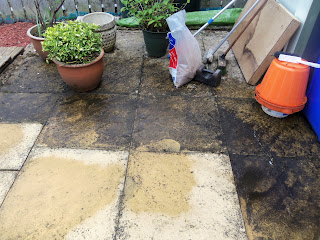 Next stage was behind the tall fence you can see at the bottom. The fence post's  are totally rotted and it is being held up by what will be the chicken shed and next  so it will stand up by itself. doors fence. So OH has half the fence to allow him to move it, clear what is behind so that new posts can go in

As you can see there is all sorts including another small fence, dead plants as well as holly and brambles. 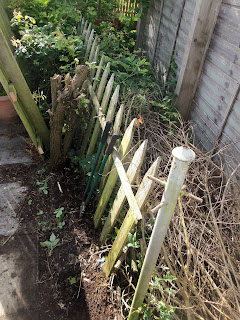 Some of the chopped down bushes. 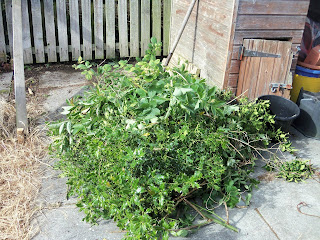 The rotted fence was pulled out and taken to the dump 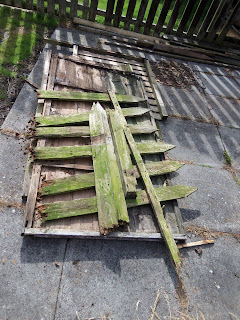 Next door had also been doing some work in their garden, the first part of which was to take the tree down as it is in the way of putting up their new fence.

This is the garden as it stands right now. Weed free, shed up, back fence propped back up, it will be getting sorted properly at some point. Really we need a make over as I want the bottom grass bit to be a veg patch but it is full of rocks and rubble. The grass does not look to bad from here but close up it is very very patchy.

The potted plants came with us from the garden at the old house. 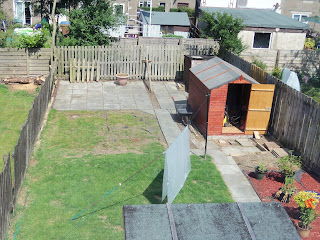