We went to the Ayr Gorge woodlands

After hubby and I went for a walk there the other night, where my camera took its final photographs, I thought what a great place to take the grandchildren. So tonight we went off to see what fun we could have.
The Ayr Gorge woodlands is

A steep ravine covered with oak, ash and larch woodland that has remained relatively undisturbed for centuries. One of the most important ancient woodlands in Ayrshire for invertebrates, plants, bats and fungi.
A key location on the River Ayr Way walking route.


if you are visiting the are you can read more about this beautiful spot here. 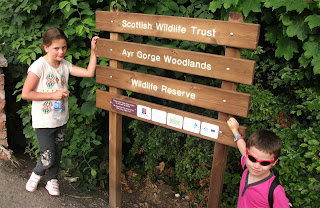 So we set off with a backpack with water and snacks as well as a first aid kit, just in case, and a pack of baby wipes in case Bob touches something that causes him to itch.

We came across the first sign that tells you where the walks go, 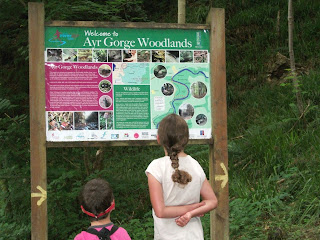 and so we followed the arrows, up the sets of steep steps 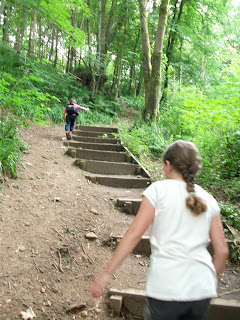 At this point we were a good height above the river as we followed the path to see where it went.

There were plenty of signs explaining about what you could see if you were lucky. 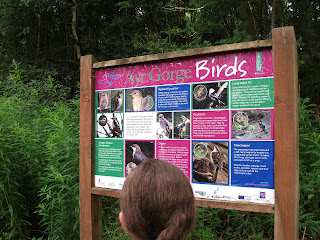 We spotted a few birds on the water, but nothing that we could get near, but we saw this in one of the trees above us.

The path went back down to river level in a few places, so we went down to the edge to see if we could see anything in the water. 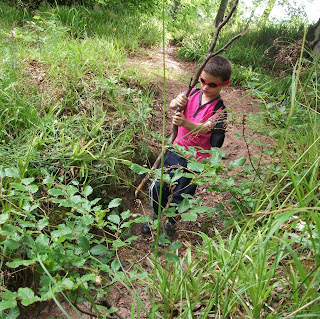 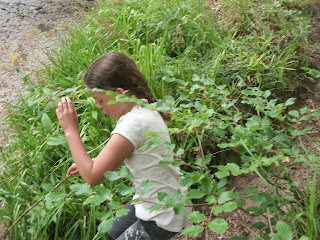 Fifi and I managed to see a lot of fish that were maybe a few centimetres long, but were fairly translucent so quite difficult to see. 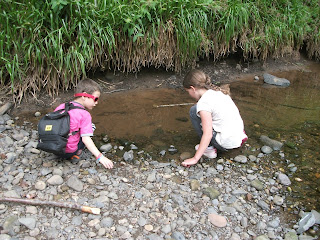 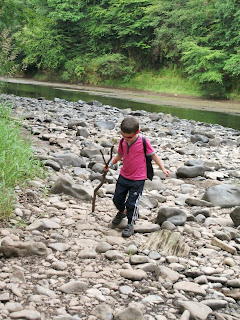 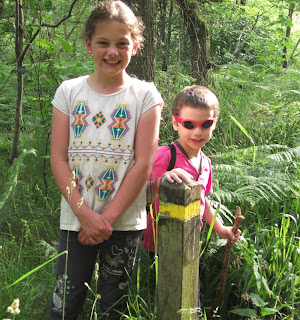 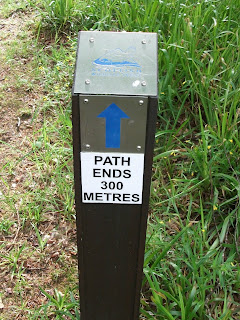 so we had to make the decision do we follow it and see where it goes and if there is anything interesting along there. so the children decided yes we should go and see if we fall off the path where it ends.
It was well worth walking along to the end, as there was a cove along there with an amazing history going back nearly 400 years. 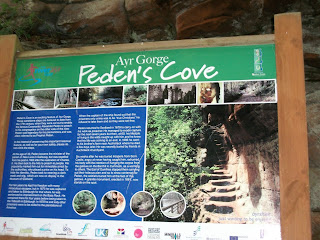 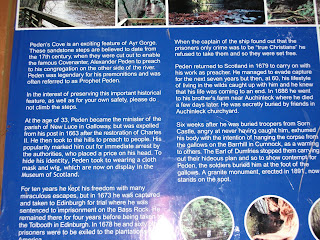 This lead to questions about Covenanters, what they were and why he needed to preach on the side of the river instead of in a church.  Fifi tells me at this point she does not believe in God as she has never seen him, Bob does believe he is real.

The steps were quite an impressive sight built out of the rocks, they do advise now not to climb them for safety reasons. 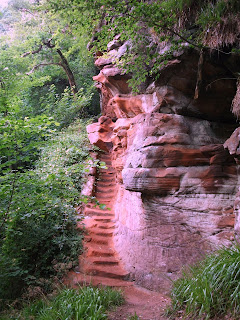 While we were walking along, I always keep Bob in front of me as I like to be able to see where he is, Fifi usually walks at your side, she reminds me so much of her mother, the mouth moves with the feet and she finds it nigh on impossible not to yatter the whole time you are out. Bob asked me why he had to be in front, so I explained it was so that somebody could not pinch him off the path whilst I could not see him. This led to a bit of talk about self defence and how if somebody grabs you from behind  you may surprise/ injure them sufficient to get them to let you go long enough for you to scream or run.

We were on the lookout for wildlife the whole time we were out. We managed to spot a butterfly, not a very pretty colour and I could not capture it with its wings open, this standby camera I am using is sooooo slow to react. 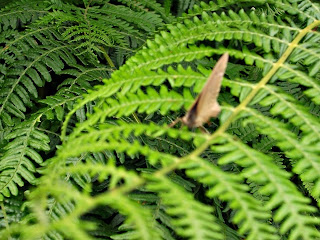 We had refreshments on the way, and yes we followed the country code and brought all our rubbish home, even the apple cores. 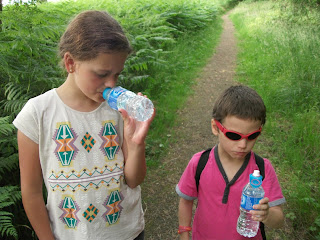 Then we managed to spot some bees on purple flowers, we decided these were weeds but very pretty with it. This led to conversations about honey, which Fifi loves, I cant stand and Bob is allergic too,  and pollination of flowers by the bees. 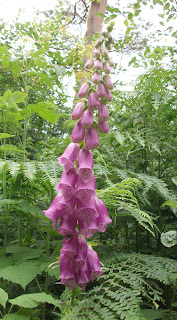 Whilst we were walking Fifi spotted a dead shrew, and this led to a conversation on food cycles, and how something else would eat it. I refrained from taking a photograph of this, though it was not long dead.

By now the children were spotting the sign posts that were dotted all over the walk, and running on ahead to read what was on them. 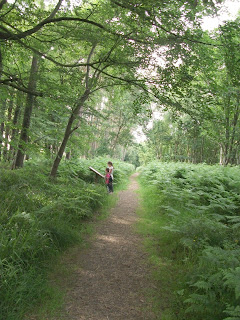 This one was all about the red squirrels that inhabit the area. 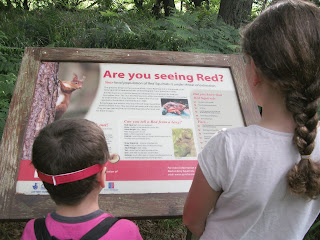 Fif read out the "Did you know" section and we talked about the habits. Bob read out the section on how they build homes and that they are called a drey, he asked why they lined them with hair and moss.

Fifi wanted to know why if squirrels get squirrel pox do we not get human pox instead of chicken pox, I am sorry but grandma's don't know everything after all. 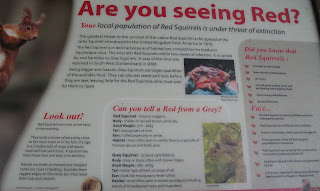 We spotted a memorial, the plaque on top explained how 60 trees had been planted in the man's memory as he died in a car accident at 42, Fifi thought that was very young so we talked about the fact some people do die in accidents and not everybody dies of old age. 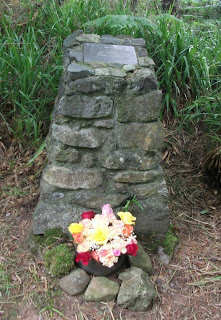 This for some reason led onto a talk about  Islay dog rescue and how they rescue dogs from the pound and rehome them, because other wise the pound put them down.

Finally after an hour and forty five minutes we were back at the steps, going down to go back to the car. 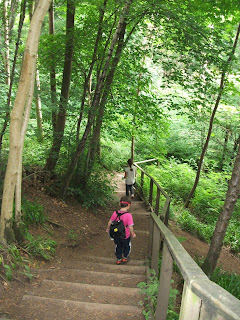 I have to say the children really enjoyed themselves, we were in no hurry we sauntered along looking at things and talking. Learning as we went and enjoying the whole experience.

To think these attractions are on your doorstep to enjoy for free, and I have to say we did not see one other person the whole time we were there, sad really.