Can we save money by growing our own vegetables?


Up until two years ago we had a fab agreement with an elderly couple that lived round the corner from us. We kept their garden tidy and weed free for them by using their garden as our allotment, growing vegetables of varying types.This for us was a great way of saving money, and taste so much better than shop bought.

Last year between hubby being ill and us moving house it was not possible for us to maintain that agreement and so with a heavy heart allowed them to let somebody else use it. Wasn't fair on the old couple to have to look at a messy garden.

We had hoped when we moved in last year that we would  be able to turn a chunk of our garden over to a large vegetable patch, but sadly it is full of half bricks and rubble with very little soil, and it is just not going to be feasible. Looking at making it into raised beds for next year, but for this year we have had to rethink things.

Was also hoping to have some chickens running about the garden as well, but the shed we were going to adapt is too far gone to be viable. So they will need rethinking as well.

Anyway I wanted to grow stuff and so when I got an e-mail from Debt Free Direct asking me would I like to join in with a blogging challenge I jumped at the chance. Debt Free Direct provide thrifty tips and money saving ideas on their blog "Making Money Go Further" written by their money experts. The challenge is to grow your own vegetables in whatever space you have available, be that a large garden or a small balcony,  thereby saving money later in the year.

I have put a lot of thought into how the garden is going to work this year as I really want to produce food.
Anyway we have had some lovely weather this last week and so I decided it was about time we got started.

So in preparation for what I have in mind hubby has been out cleaning the slabs so that I can use them for placing potato and  vegetable bags on as well as some pots. 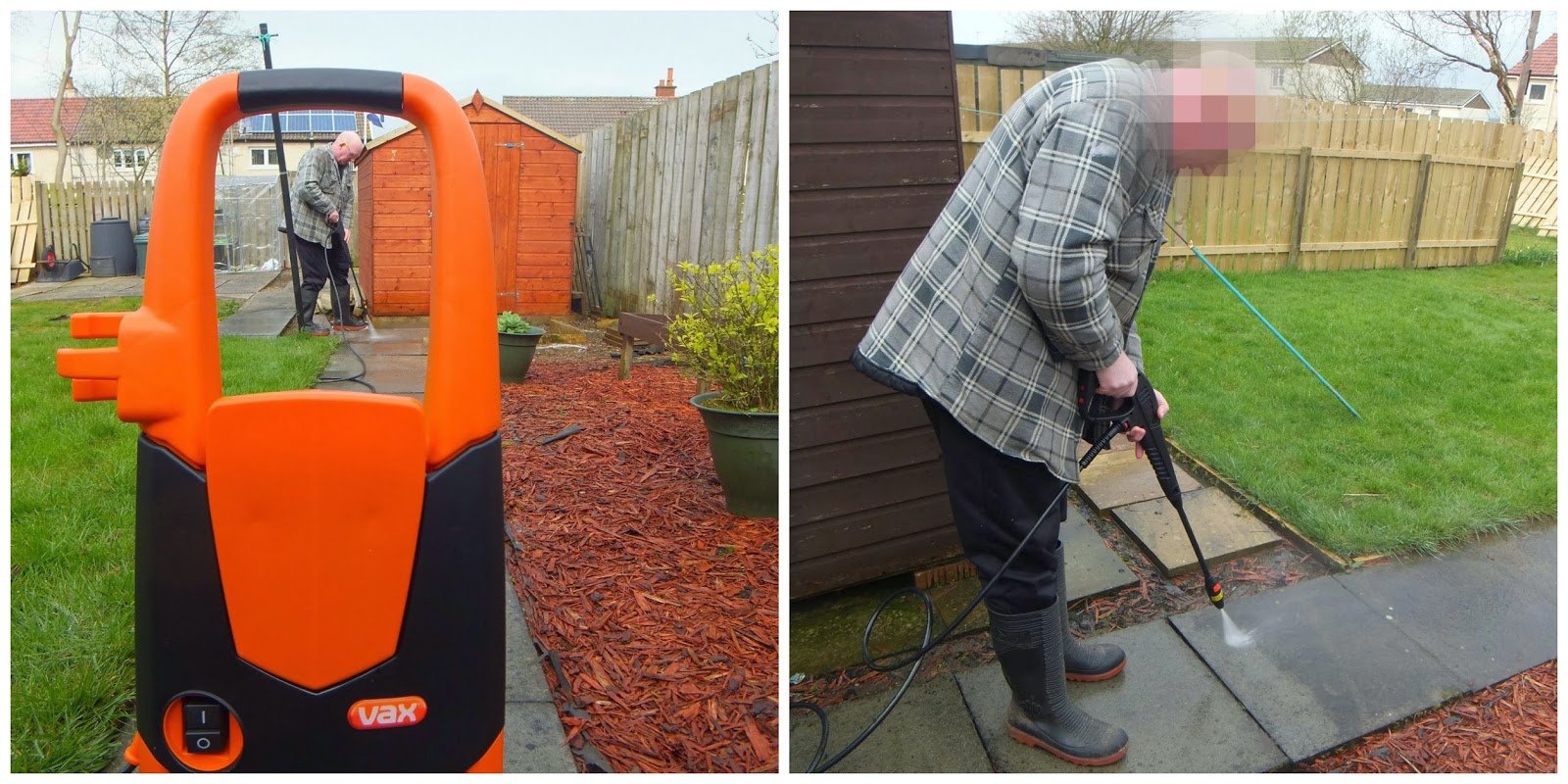 Bob has been helping me plant up various seeds. we have

I had him filling wee pots ready for the seeds.

Here you will see the fence is down. It is not ours it is the neighbours but hopefully it will be back up in the next few weeks so that I can put the pea nets up to support the climbing vegetables when the time comes.

I also opted for some chives, parsley and rocket in pots you just need to water. Herbs are a much healthier way to add flavour than salt is.


Then everything got popped into the greenhouse to give them the best chance of growing. We are still getting overnight frosts at the moment here. I chose this greenhouse as it has shelves on one side for trays and pots, and the other side is just a tall space that will be used for tomatoes. 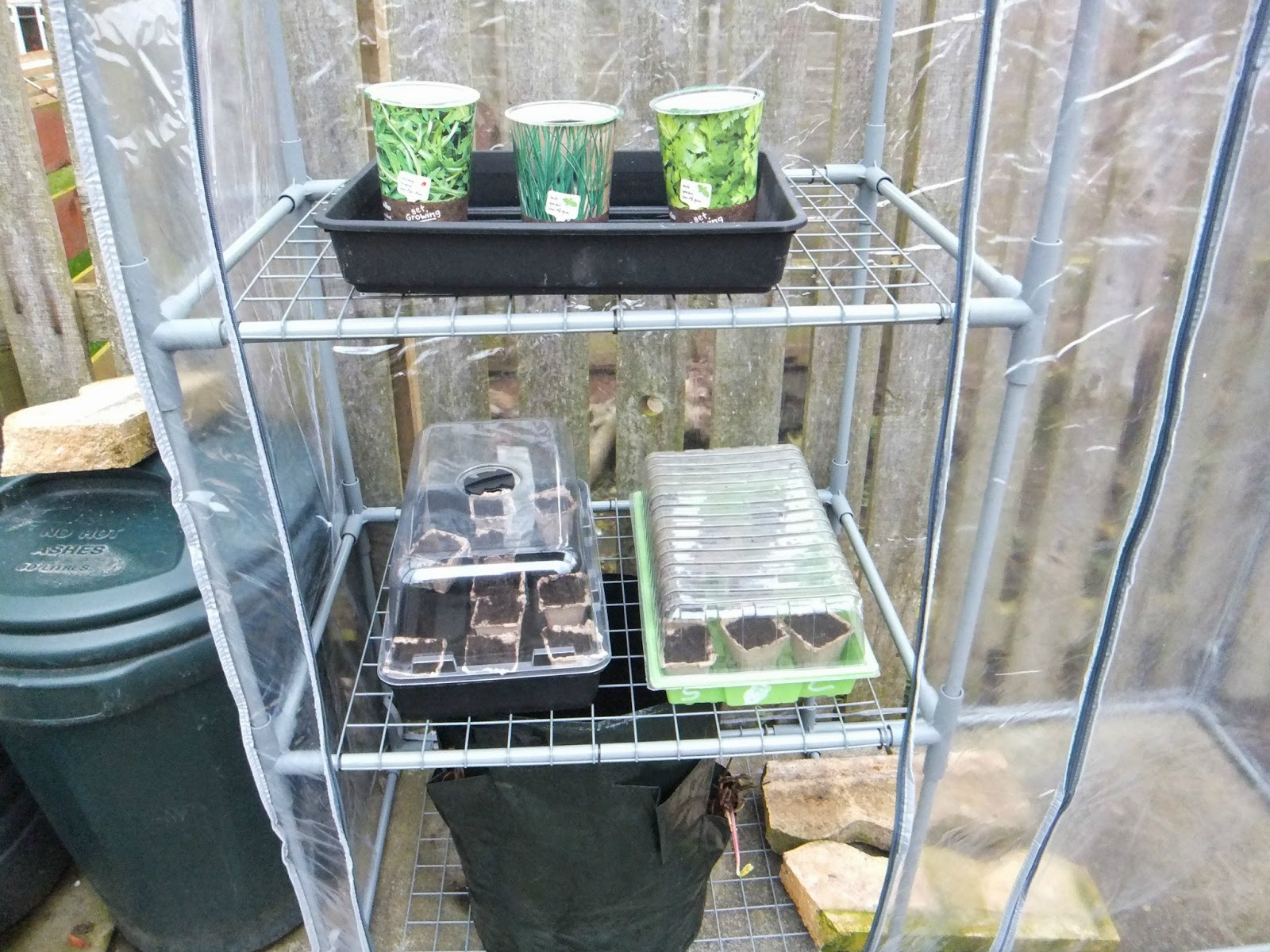 Just need to keep an eye on them now to make sure they don't dry out. Hopefully this is the first of a series of posts with updates as the growing season progresses.

Disclaimer - These products were sent to me courtesy of Debt Free Direct. However, all opinions in this post are 100% my own