I was challenged by Cheryl from madhouse family reviews a few weeks ago to join in with this meme, and as I thought it would be interesting to find out the answer for personal interest, so have decided to join in. The meme originally came from The Five F's blog and I will add my name to the original linky as she is tryng to get a Meme linked up every day for a year.

Now with out looking up my birthday one of the mad things I can tell you is Cliff Richard with Travelling Light was at No1, and I have always been a fan of his, but she does not ask us nice simple questions like this didnt ask this.

The questions needing to be answered are as follows

1) When is your birthday? 28th November


well off to good old wiki for this one and I decided to pick people I have heard of firstly John Bunyan, English cleric and author (d. 1688) wrote some good literature, probably best known ( by me anyway) for The Pilgrims Progress, next born in 1961 – Martin Clunes, British actor - annoying prat who irritates me and 1958 – Kriss Akabusi, British athlete and television presenter. 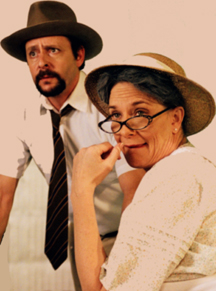 3) Is anyone listed as being born on the same day as you (ie the same year)? If so, what do you know about them?


well wiki tells me just Judd Nelson American actor He is best known for being a member of the "Brat Pack" in the mid-1980s; and for his roles as John Bender in The Breakfast Club, Alec Newbary in St. Elmo's Fire, and Jack Richmond in Suddenly Susan.

Jeffrey Dahmer was a sex offender and serial killer who killed 17 males between 1978 to 1991. Dahmer was sentenced to fifteen consecutive life terms. He was murdered by a fellow prison inmate during his incarceration

and Leslie Nielsen made his big screen debut in Forbidden Planet, and in the 1960s and 1970s, he took on a large quantity of low-quality roles. The turning point in Neilsen’s career came when he was cast as the poker-faced Dr. Shirley Rumack in the immensely popular spoof Airplane! (1980). This type of role defined his career from then on, and he is remembered fondly as a comedic actor. Cant say as he was my cup of tea but he appealed to many.

5 List three notable events that took place on your birthday.

well I thought this one was very apt this week -
1956 Great Britain Petrol Rationing
28th November, 1956 : The British government has released further details of it's proposed petrol rationing to begin next month. Personal drivers will be allowed sufficient petrol for to drive 200 miles per month or about 2 gallons of petrol per week and businesses will receive and extra 4 gallons per month. As the government set out it's plans which are expected to last for 4 months the British Public began panic buying of petrol filling cars and any spare cans they could, local garages have therefore implemented their own form of petrol rationing for regular customers prior to formal rationing starting next month .

and probably the best thing she ever did for this country
1990 England Maggy Thatcher Quits
28th November, 1990 : Margaret Thatcher formally tenders her resignation to the Queen and leaves Downing Street for the last time.
and finally 1967 England Foot and Mouth
28th November, 1967 : With new outbreaks of Foot and Mouth still increasing daily the National Hunt Committee, on the advice of the Ministry of Agriculture has cancelled all horse racing until further notice


and lastly Tell us about a holiday that falls on your birthday.


Thanks giving day is the 4th Thursday in November and so some years will fall on the 28th but that is all I could find.

Now I need to tag some fellow bloggers, so instead of going for my usual victims  friends I have decided to choose some new bloggers so we can find some new people to look at.

Please dont forget to add your post to the linky so everybody else can find you.
Posted by fun as a gran at 22:56

Email ThisBlogThis!Share to TwitterShare to FacebookShare to Pinterest
Labels: Meme