An evening of baking

Have been reading a lot of posts lately for ideas for Mothers Day, and one that seems quite popular are peppermint creams, so I went and looked to see if I could make egg free creams. Most egg free recipes seem to use milk instead but I did not want to use milk either - so decided that I would try egg-replacer, its egg white coloured unlike other egg replacers. Must be plenty of mums with an egg allergy.

I thought we would go for three different flavours to see if one worked better than another. 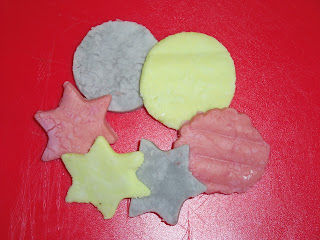 First off all I made up 3 "eggs" with egg replacer, 3 teaspoons to 6 tablespoons water which should make enough to do three flavours with 220g icing sugar.

Batch 1 - I put 220g icing sugar into a bowl, added 1 teaspoon of peppermint essence and 1 teaspoon green food colouring to an "egg" prepared earlier. Mix to a very stiff paste, add a bit more icing sugar if need be. Place paste onto a board dusted with icing sugar. Cut into required shapes, leave to dry for a minimum of 12 hrs, turning over approx every hr for first few hrs. 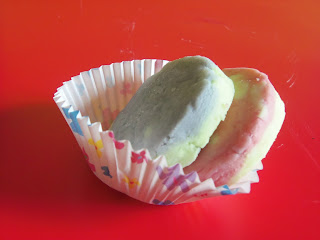 Batch 2 - I used black food colouring and 1/2 teaspoon orange essence
I personally am not a lover of this orange essence, it just does not have the same mmmmmmm factor as the lemon and vanilla ones, I find it even in small quantities over powering rather than flavoursome.

If you want while they are still freshly cut you can layer them up and make multi coloured creams.

A lot of these did not get a chance to dry out - oh was munching them as quick as I was cutting them. 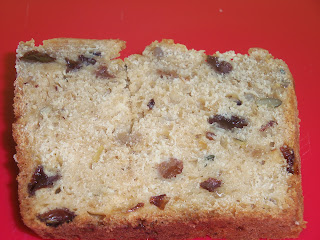 Next up I made a micro-nutrient cake - using the recipe here, but instead of soaking the fruit and seeds in tea I decided to use star anise for an aniseed flavoured cake. I boiled 12 oz water and poured it into a flask along with three stars and left it keeping hot for 2 hrs, Then I poured the liquid onto the dried fruit and seeds and left to soak for 6 hrs before making the cake....and oh boy is it yummy yummy yum, beautifully flavoured.


Finally I made some cheese straws using my cheese pastry recipe, though I must admit I think I was a bit heavy handed this time with the mustard, which was just dolloped in and not measured, which became the dominant flavour rather than the cheese but that was fine, and they were more than edible.

This is a post using goods from Healthy Supplies, but the findings remain my own.
Posted by fun as a gran at 22:24