Garden is really starting to come together

Our biggest challenge at the time we moved into the house was definitely the garden. The last owner had kept on top of cutting the grass but that really was about it.

We did have plans in our head for what we would like it to be this time next year. This was our starting point back at the beginning of June. This post will let you see what we had achieved by the end of July. 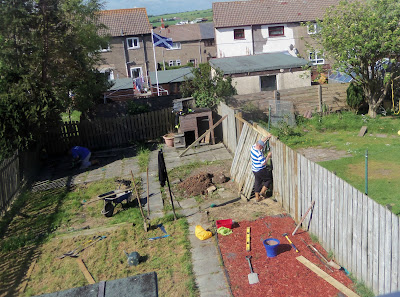 We would like to keep chickens again, we had them on the farm for six years, and they were on the plans for next spring. The intention had been that the small shed you can see in the back right corner. We were going to do it up and add a run to the side.

The bottom patch of garden on the left we planned to turn into a vegetable patch.

The red bark covered area was going to stay as is, and the bit nearest the house on the left ( you cant see it) was going to become a herb garden with a fence round to stop people, me included, as using it as a short cut.

Well the best laid plans and all that.

Once the bottom was cleared OH repaired the bit then went through to the garden over the back. 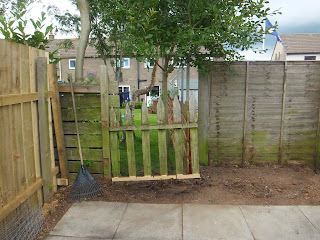 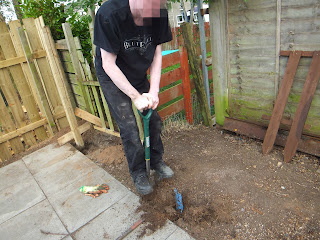 and put them in 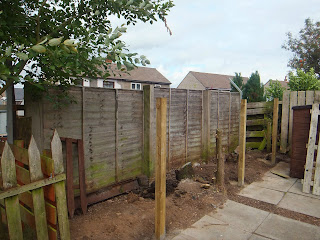 before putting the fence panels back on the new posts.

Next off it was the fence on the left hand side. The delivery of wood arrives 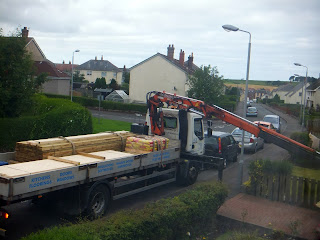 The old fence needs to come down 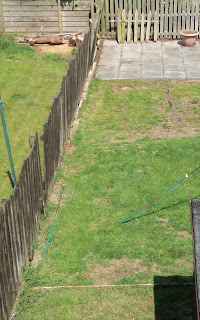 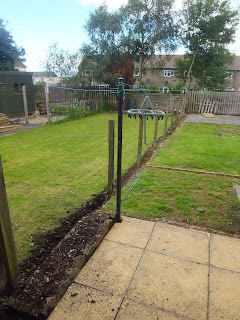 and new fence up. 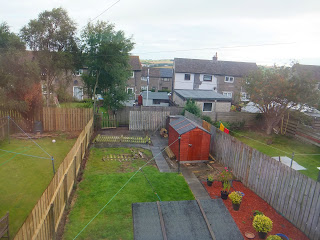 OH and next door working together 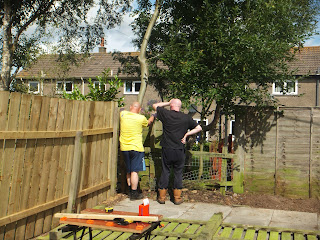 The floor was far too rotted 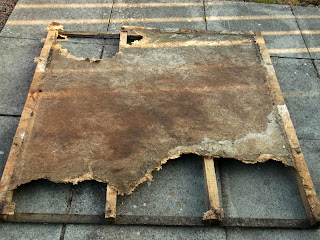 So we took the floor out 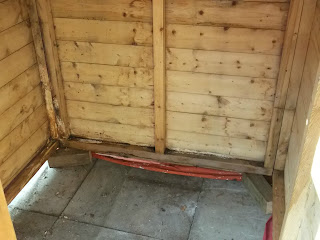 The roof needed some repair 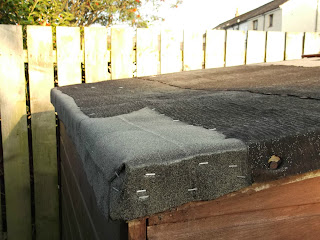 But this for chickens is a no go. Will be useable for storage though so not totally wasted.

Lastly we have put in an outside tap, when we borrowed next doors pressure washer a few weeks back we had also used there outside tap, so much easier in future to have our own. 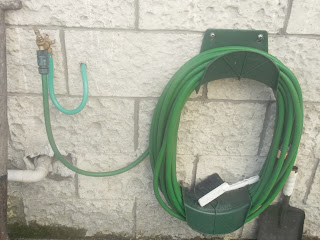 The garden as it stands this week, cleaner, greener, tidier, three good solid fences with the rest of my plans on hold. 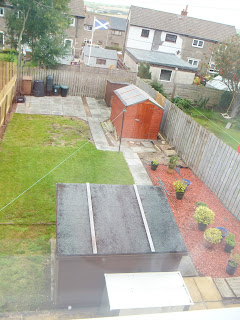