There is a company doing house insulation locally, and its noisy enough from this side of the street, goodness knows how noisy it is in the house. 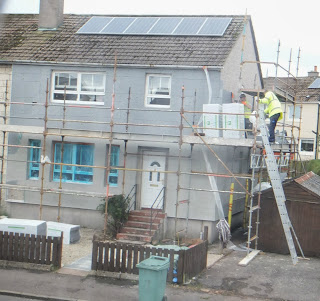 Went off picking blackberries today, first of the season that I have managed to get time to pick. 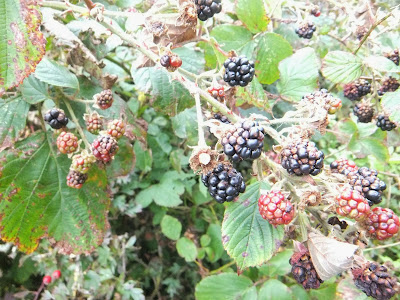 Had the children for a while tonight as daughter was away to physio as she is having a lot of discomfort. As I know I will be late to pick them up on Thursday we did some baking today instead. We made blackberry muffins.
The two of them were stood in the kitchen doorway once we had finished and Fifi was boxing his ears and he was laughing at her....strange boy!! 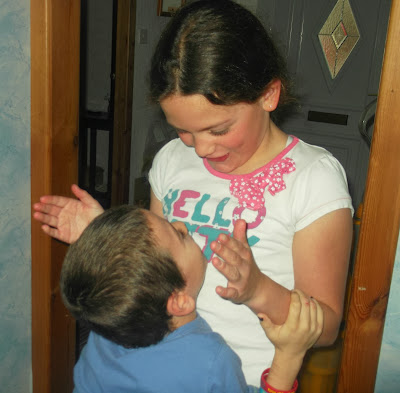 These are the cakes the children made yesterday. Bobs are on the left. 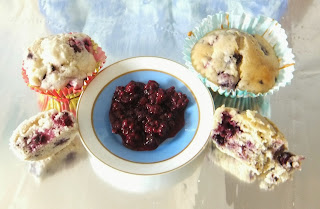 Thursday
Went out with a friend to visit another friend and for some strange reason the zebra crossings appealed to me. 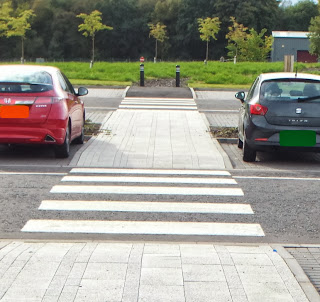 Was late picking the children up yesterday, time I picked them up and fed them they wanted to watch a film rather than play games. So Bob and I played the wii this morning after Fifi went to school. 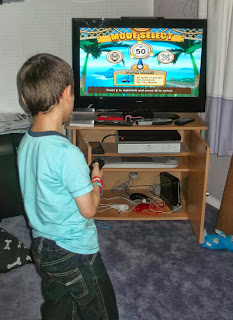 This came in the post yesterday as part of the Brit Mums Barny post. Lets hope its dry next week so we can get out and use it. 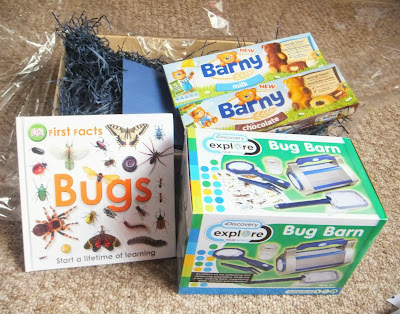 ps we got out on Tuesday and used it if you want to go look, have blogged about it here