We have spent a lot of time with Son No 1 this week, he is getting very nervous about next week and is worried it may all go horribly wrong. Sadly we cant tell him it wont.

Sunday
Wasn't in for my own shift at work, though I did go in to do overtime,  so had a very nice day in the house by myself as OH went fishing with Son No1. Very very rarely do I get any time in the house on my own, but it is very nice when I do. 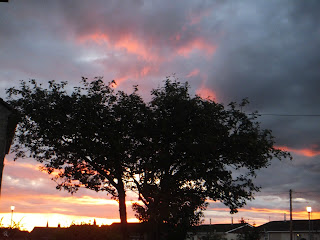 Have to say the camera did not do this sunset any favours, it was much more amazing than this makes it look. Maybe it wasn't the camera, maybe it was the photographer but we wont go there.


Monday
OH took down the manky painted over air vent in the bedroom  we are   he is  decorating and found this wasp's nest inside the wall. It was maybe 2-3 inches in height. Not sure how many it would have housed. We dissected it to see inside. 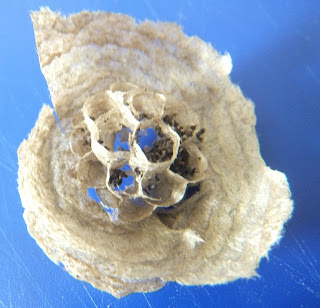 All very clever when you consider how it is made.

A fellow blogger had asked me if I would like the yoghurt maker she had been sent as she would not use it very often. Me I make yoghurt just about every week but use my slow cooker, so thank you Helen from The Crazy Kitchen  for sending me this. 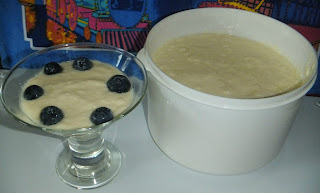 Back out at the cottage again. Not sure what they are but I am sure earlier in the year they were in bloom. 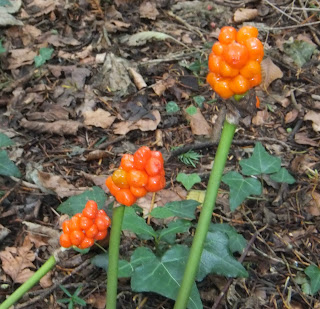 Fifi has been asking to paint these for a few weeks and I had told her the first wet day we get, so this was it. 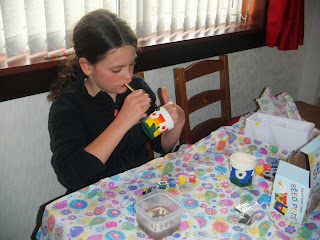 Got a phone call from Daughter No1 to say did we want to go to the Church Fete that was on in the community centre. It was just before 7pm and so we took a walk down to pass an hour away. We have a metal box but its not really big enough any more so saw this, looks brand new and unused and a bargain at £2. 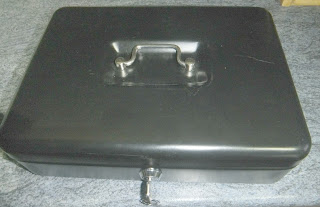 Seem to get an awful lot of starlings down in a morning. No sure what is bringing them down in such large numbers as we do not put food down this close to the house. 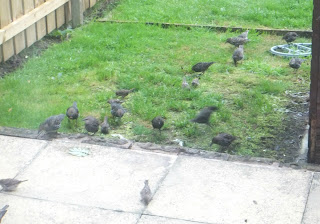