I like to make food that can be a bit different, and so I found hidden at the back of my cupboard when I moved a pack of Mulled wine spice and as we are not wine drinkers I decided to do something else with it, so I added half a packet to it with a pint and a half of water and two pounds of mixed vine fruits  and brought them all to boil in a pan.


Once the mixture had cooled I used some of the mixture to make a spicy fruit and apple pie.

I rolled out a pack of sweet pastry, lined the pie dish with apple slices, topped with spicy fruit, added a top to the pie and cooked for approx 25 mins.

Next off I used some to make a fruit cake. This was just an ordinary cake but using Fruisana sugar and light brown self raising flour and added wheatgerm to make it more diabetic friendly. Such a beautiful spice flavour, you certainly would not notice the friendly sugar 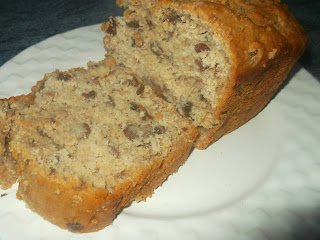 *What OH thought of the Kelly's of Cornwall ice-cream


I have always considered myself to be a bit of an ice cream connoisseur  over the years having tried more varieties and flavours than I really ought to have had so when I was asked to give my opinion on Kelly’s of Cornwall  I felt I really had no choice but to do so.

I was fortunate enough to be able to try two flavours and the first one I tried was the Clotted Cream and Raspberry and I certainly was not disappointed. The flavour was fantastic and the texture although a little stiffer than the Honeycomb flavour was still smooth and creamy there was certainly no traces of ice crystals that have ruined the experience on many lesser ice creams.

The second flavour I tried was the Clotted Cream and Honeycomb and once again the flavour was superb and the texture rich and creamy and again no trace of the dreaded ice crystals.  The only small criticism would be that a few bits of the honeycomb were a little hard however as they were spread evenly throughout the cream it was only a minor thing.

I can honestly say that these ice creams are amongst the very best that I have tasted, the combination of the Clotted Cream and the flavours really works well the texture was fantastic and both spooned out of the tub very easily I would recommend them to anyone, I am certainly looking forward to trying out a few more.

Disclaimer we were sent a voucher for one tub of ice-cream, but as they were on special offer we added £1 and bought two.

The highlighted items were supplied by Healthy Supplies.