The holiday we won Part 1

I was fortunate enough to win a holiday earlier in the year, three days and two nights in a hotel with three days of fishing on The Tweed from The Scottish Field Magazine. I had entered this as OH got into fishing last year. he has not done a great deal but the fishing came with the services of a ghillie so was a great opportunity.

After the year we have had with one thing and another, topped off with the house move this was a well received win and so last week we set off. We needed to be on the water for the first day's fishing for just after 9am so rather than leave home really early and get down there tired, we decide we would leave on the Tuesday and make an extra day of it.

So we left home the Tuesday and took a scenic route instead of using the motorways. We have often been to the car boot sale in Lanark but have never stopped at a Dalserf Church which is just this side of the market, so we decided to stop. 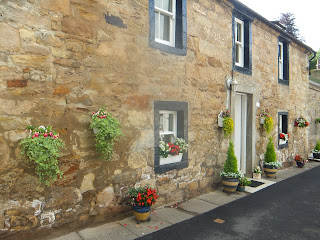 Dalserf consists of one very pretty little street with a church at the end of the street. I love churches and graveyards and so we just had to go and explore. As we were heading back to the car one of the residents was out watering her hanging baskets. So we got talking to her and she very kindly offered to open the church so I could look inside. 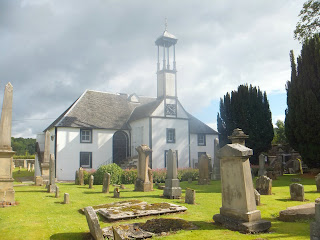 We then went on our way, next we came across a lovely looking gatehouse next to a stretch of the River Clyde. We parked up and went down for a look, the signs informed us this was Maudslie Woods. This stretch of river is very popular with the fishermen, and the otters so we were told. 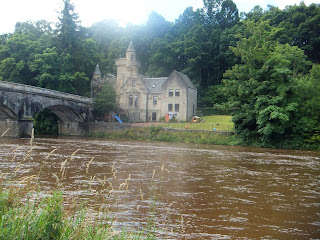 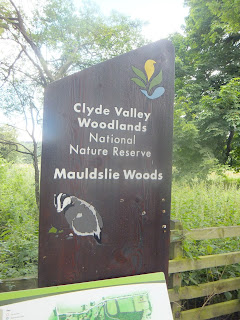 Next stop was not far along the road, the garden centre. Could not find any other public toilets, so we went in for a nose. I have to say my pee cost me £20 as they had a sale on in their jackets so we bought one each.

Noticed this car outside, 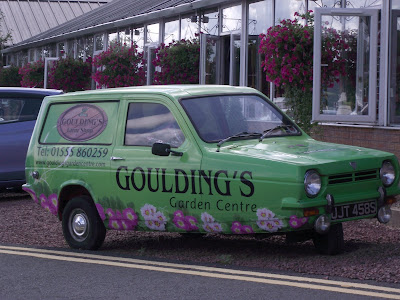 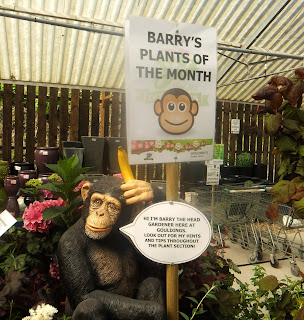 Have to say dont quite know why but the amount of garden centres in that area was unbelievable, passed probably a dozen of them in about 25 miles.

From here we travelled on our merry way, doing what we intended to do, stop off where the notion took us.  Next stop was Lanark Loch . Was a bit overcast so the pictures are not as becoming of the place as they could be, but a great place for a day out with your children for free. 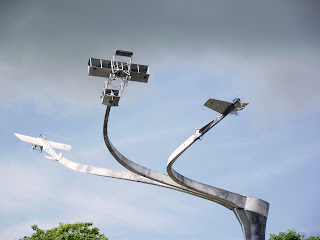 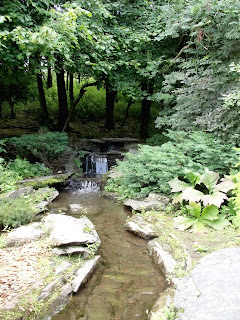 From here on in we travelled through to Galashields where we stopped at a local fast food place and got something to eat and a stretch of the legs.

Our last stop of the day was Coldstream, where we arrived just after 4pm, two minutes before we got there it had started to rain, time we parked up the heavens just opened and it battered down for about twenty minutes, we just stayed in the car, far to wet to go to the hotel.
We had chosen one at random through laterooms as it had en-suite and a car park, not all of them did.

Once we got in and emptied the car we went and explored round the town.

Have added another load of photographs to a google+ album if any of you want to pop over and have a look, please feel free. Some of the pictures have a mark in the middle, a round haze of some sort, doesnt show in all of them so was not sure if it was a fault with my new camera in a certain light, but OH cleaned it on the Wednesday evening and the photographs taken after that seem better.  But mark or no mark they are still a nice reminder of this years holiday.