a wander for a change round the fishery, so pleasant, so much to see there, always an opportunity for a camera. these were on the hill across the other side of the road. 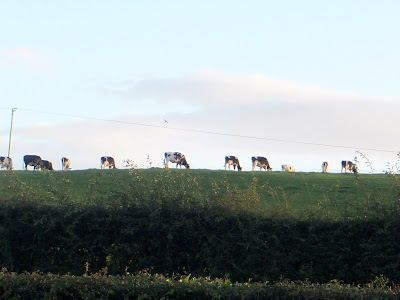 Bought Daughter No 1 a pressie back from on holiday, as well as the kids of course, not as a holiday pressie but as a thank you for running back and forth dealing with the inefficiency that is Sky while I was away. They had messed up big style and apparently BT would not take over my line while it had no outgoing calls on it as it shows as in default so no choice but to stress over while I was on holiday last week.

Daughter has no energy and finding it difficult to sleep with heads and bums and legs everywhere,she just cant get comfy.  Having never had twins before then I do not know how she feels. 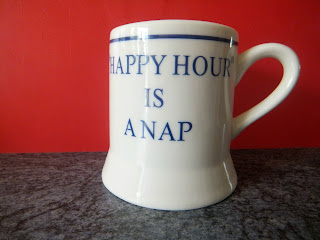 There has been much goings on in the garden this week. Next door got round to replacing the fence between us and them. So that just leaves OH with the job of the bottom bit of ours. The fence posts are rotten and have been pushed over by a few trees in the 4 ft behind out fence. The 4 ft actually belongs to the garden at the bottom, but they build a solid 6ft fence 4 ft in so they did not need to look at this patch. OH has had no option but to take down our fence and clear it before he puts in new posts and re-erects the fence.

The two of them mucked in and helped each other. 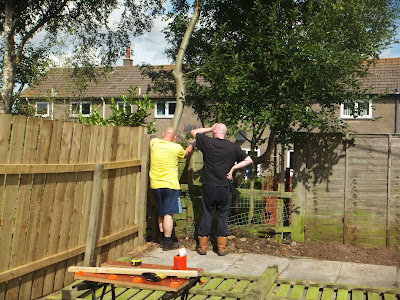 Fifi was away out with her friends so it was just Bob and I until tea time, we went out the garden to play magnetic darts, its good for the maths skills if nothing else. No number we cant add up between mine and his fingers.

After tea we went for a walk down to the corn fields to see how much it has grow in the last 6 weeks, an awful lot was the answer. 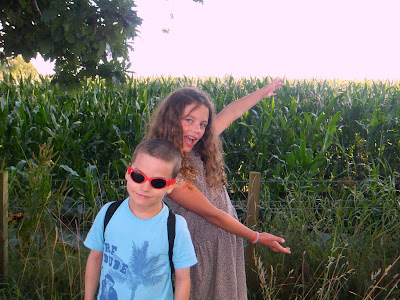 An evening run to Dunure (again), had something to pick up from Son No1.

This was taken from the edge of the castle, looking down to where my last lot of pictures were taken from near the white houses. 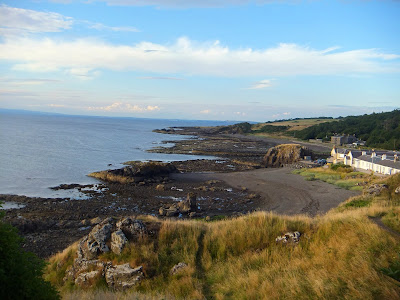 More goings on in the garden, we found this chappie on next doors tree. he is apparently a wood wasp and not seen too often I'm told. 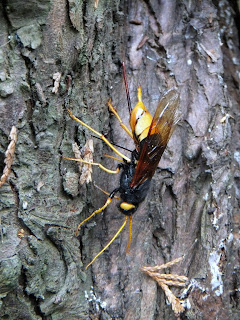 A random chair sat near some very pretty weeds at the fishery. 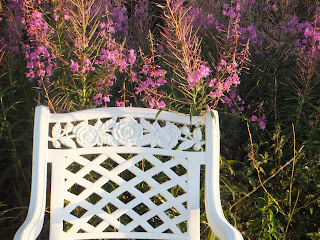