Chasing geese at the fishery

On Thursday we just had Bob to pick up as Fifi had stayed on at school for parents evening. Being the oldest in the school  they were asked to stay on and help show the parents to the correct classrooms and help out with other duties. So we have some one on one with Bob this week.

So we made the most of the lovely afternoon we had and decided to take him for a run round the fish pond. Mummy cant go far with him at the moment so it at least gets him out the house for a while.

We spotted the geese who seem to live at the side of the pond. 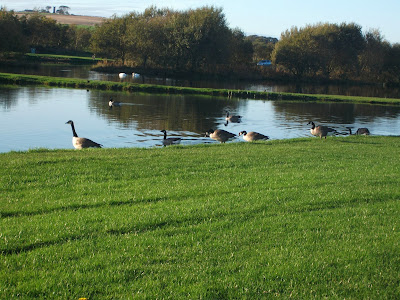 and Bob tried to sneak up on them, I have to say I think an elephant would sneak quieter. The only one that didn't jump back in the water was one with a gammy foot. 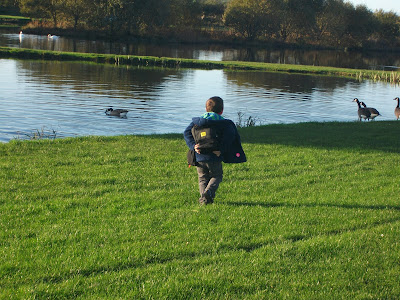 We found some piles of logs he decided to climb on, 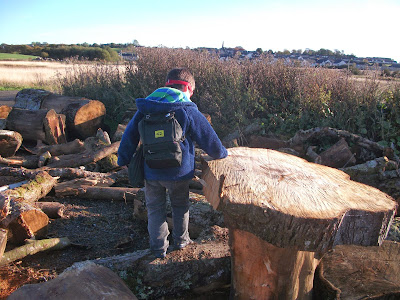 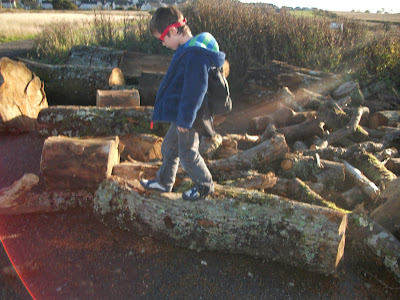 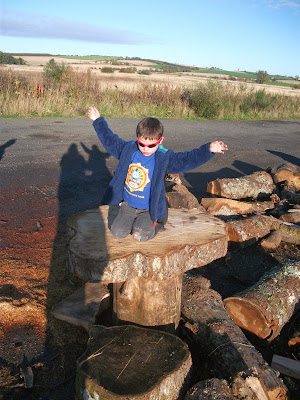 The reflections were very nice on the pond, both from a long shot up the pond 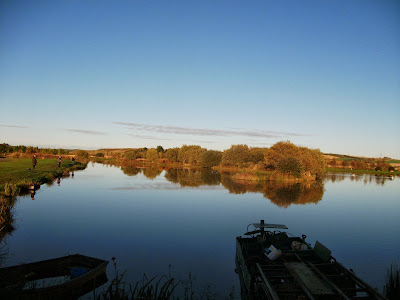 to across with the hills in the background 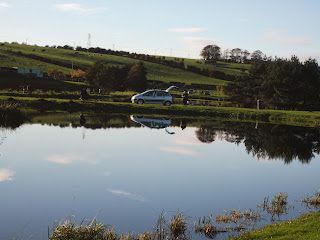 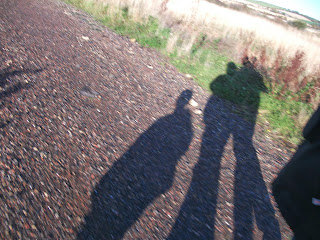