Well the dark nights are drawing in, the rain has made its presence felt this week, and the children have been off for their October week school holiday.

Well I was not out the house all weekend. I had phoned in sick as I was up all night on Friday with a tummy bug and its difficult to work when it is coming out of both ends.
So H&S would have a fit but I did a baking and made a cake tonight. 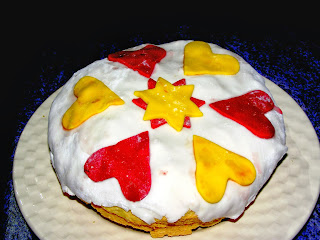 Went for a walk round Rozelle park. I liked this picture in macro, made a change from the ducks on the duck pond. 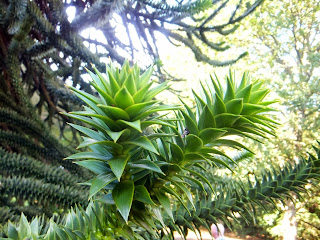 Tuesday
We were off visiting our friend again this week. We took a picnic with us and stopped at Pollok Country Park on the way back. Have written a blog post here if you want a look. Not too many autumnal colours up here just yet, a lot of the tress are still very green. 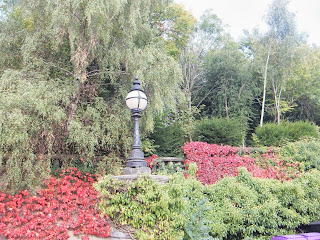 Today is the first anniversary of my daughters friends death. She was only 41 and left behind a wee boy who was a few days off his third birthday. Sad but it happens. 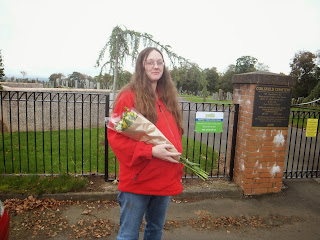 Bob had a hospital appointment today and daughter with only five weeks to go  is getting too big to drive safely and comfortably. So I ran  them up to the hospital. While daughter and Bob were in there Fifi and  I went for a walk round the grounds. Blog post to follow. 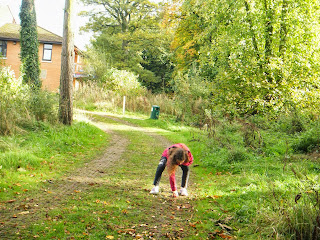 The children are off school this week so we managed to have lots of fun. Did a few product reviews we had outstanding as well as having fun with some arts and crafts.
Here they are giving the thumbs up to a car track we were reviewing. Review to follow some time. 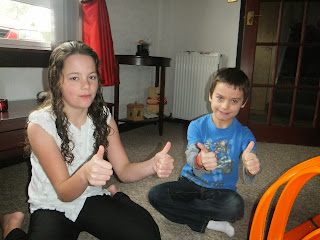 No overtime at work today as I was not in last weekend to ask. So on the way home I dropped into daughters as I had picked up Bob's prescription from the hospital pharmacy he was given on Thursday. We had been in the hospital two hrs and daughter was too sore to wait when he was not desperate for them. When I dropped the stuff off I saw six tins of this sitting on the cupboard and thought I would pinch one for Bob to use when he is over. She had bought them with her online delivery and as always had checked the label before she was putting them in Bob's fridge.  But the tins are now marked "may contain traces of nut" so I ended up with six tins of the stuff as he can't have it.

Never tried it before, lets hope I like it or it goes in the bin. 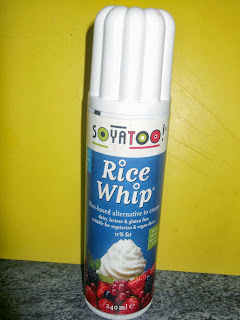